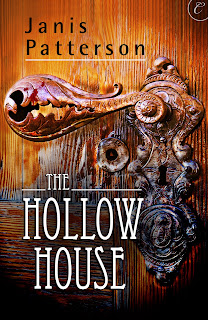 Who, What, When, Where, Why and How: Roadmap for a Story
Back in my long-ago journalism days we had a mantra of questions that had to be used on every story – Who, What, When, Where, Why, and How. I was raised in a newspapering family, so that was drilled into me from toddler years.
When I decided to start writing novels, I was pleasantly surprised to find that those same queries – with just a little rearranging of emphasis and timing – fit quite well into books of any genre, be it romance, mystery, whatever. Those six questions are the backbone of a story.
They fit especially well into mystery. In The Hollow House, an historical cozy murder mystery, I had two ‘Who’ questions – Who was the killer, and Who was the heroine? As she admitted from the first, she was using another name and running away from something. What was equally split – What happened at the Stubbs mansion and What was the heroine hiding from?
When was pretty obvious; the action in the Stubbs mansion unfolded in front of the reader. The When (and the What and the Why) of the heroine’s past was doled out in small bites. The Where of the story was again fairly obvious, but done with care. I am a firm believer that the location of a story is as much a character in the action as any of the breathing participants. Sometimes more. Nearly all the action in The Hollow House takes place inside the Stubbs mansion, and I did that for two reasons. First, that was the only logical place I could get and keep all my disparate characters in one place long enough to interact. Second, it was a crafty bit of subtext and nuance to show how constrained and restricted women’s lives were at the time. The Hollow House takes place in 1919.
Why and How are usually the biggies and they wind up the story. The cause of death may have been a simple gunshot, but How did the murderer get into a position to do that and not get caught – at least until the end of the book? Or, to use a different twist, How asks which way was the murder committed and How was it done. Why is pretty much self explanatory, as it is part of the reasoning process by which the sleuth solves the mystery as well – in many cases – the reason for the story itself.

In other genres the correlations are still there, but not necessarily quite so straightforward. In my March 12 release, Inheritance of Shadows, a traditional Gothic romance, there are two mysteries – What happened to the heroine’s father, an author of high fantasy novels, twenty five years ago and What is happening to the heroine now? Who is responsible and Why is he/she/they/it doing it? (I’m not giving away any hints!) Where is again as important as any human character, in this case a grand Connecticut estate and a small, exclusive college.
When again is two-fold; What happened twenty-five years ago and How does it correlate to what is happening now? In the case of Inheritance of Shadows, the heroine’s very perception of reality is challenged; is the fantasy world her father created, the world that still draws fans to his books and inspires costumed conventions, truly and absolutely fictitious?
I’m not telling the solution to either book. When you read, use Who, What, When, Where, Why, and How to see if you can see the author’s thread of thought. If you write, try Who, What, When, Where, Why, and How as a starting point for your outline. It works.
Thanks for joining us today, Janis! -- AP
Posted by ANASTASIA POLLACK at Friday, March 23, 2012

Love this angle! I come from a nonfiction background with newspaper experience, so it's very logical to think of plotting a mystery this way. This method could also be used after a draft is written to make sure important points are not lost in the shuffle. Thanks!

Love the how-dunnit angle. And...what a beautiful cover, by the way!

Thanks, Kelly - that old newspaper way of doing things does come in handy, doesn't it?

Jenny, thank you for the compliment! I'm very proud of both covers- the Carina artists simply rock!

Janis, A clever way to plot a mystery novel. Enjoyed rading the classis w/w/w/w/h in a fresh new way. And yes, the Carina cover artists do rock. Best of all good luck with your new release. As a cozy mystery writer, I look forward to seeing what my sisters in the genre are doing. And you're top of the list. Cheers, Jean

That's such a great way of looking at a story. It's logical too and could be applied to any fiction genre - note to self - especially if author is in the habit of strewing bodies.
All the best with your new release.

A quotation attributed to a student of W. Somerset Maugham, asked to compose something incorporating religion, royalty, sex, and mystery:
"'My god!' cried the duchess. 'I'm pregnant. Who did it?'"

Jean, thanks for putting me on the top of the list!

Shelley, it's fun strewing bodies, isn't it? Let me know if this method works for you.

Liz, love the quotation - thanks for sharing.

Susan, always a treat to read your thoughts on writing. Even tho I know Who and What you are, I never know Why, When, Where or Why our paths will cross. How about that.

Best to ya, my friend.

Hey, Earl - How did you find out What I am? I usually keep that secret! ;-p

Glad you liked the post, dear friend. Until we meet again -

As a plotter writer I'm always on the look out for concise ways to plan out my stories and this is a good way to make sure you hit all the important points.
Thanks for the glimpse into the way you work.
David

Glad you liked it, David. Let me know how it works for you.

Great post, ladies. Love the approach, Janis. Thanks for sharing it.