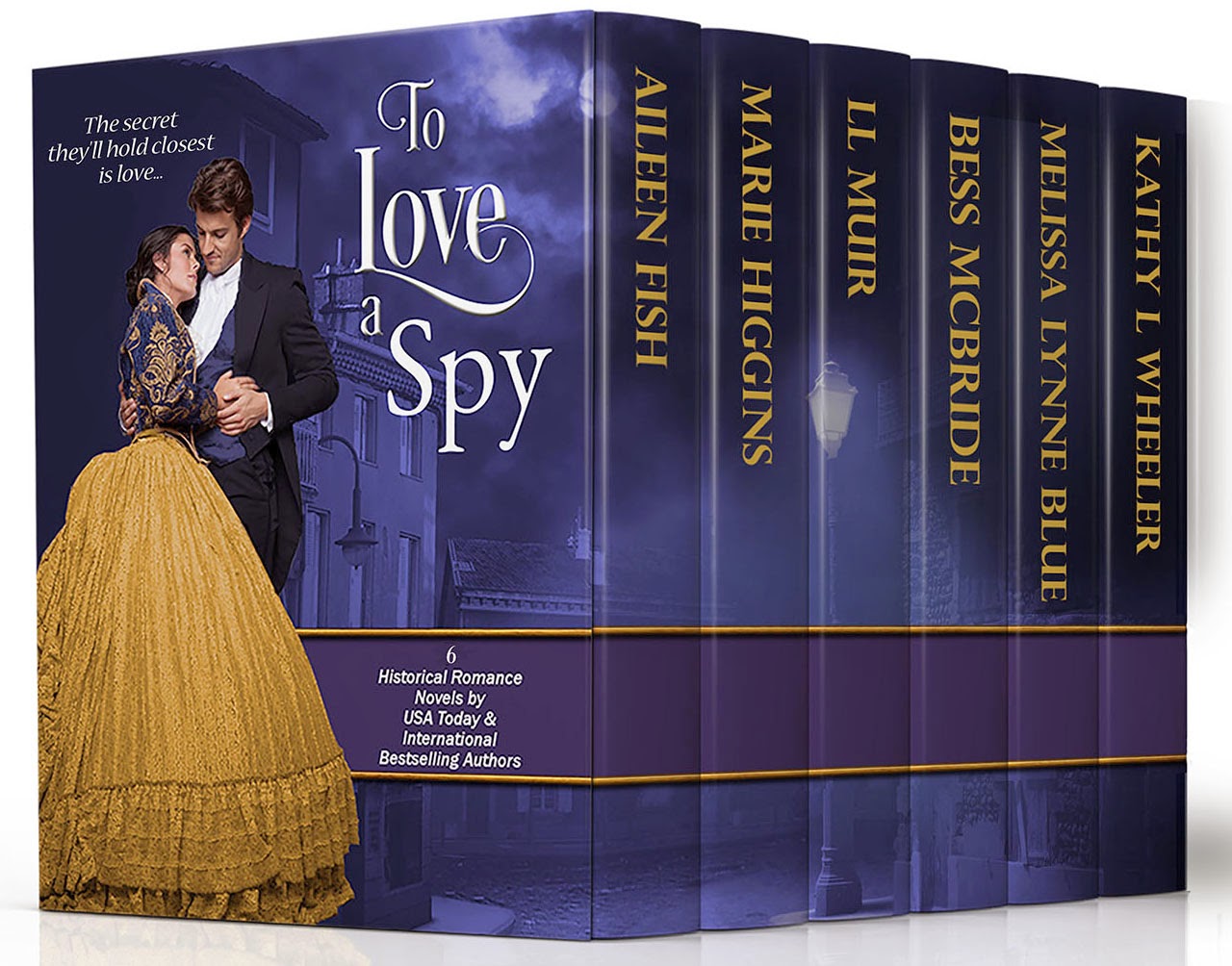 Marie Higgins is a bestselling, multi-published author of Christian and sweet romance novels who writes about refined bad-boy heroes who make your heart melt and the feisty heroines who somehow manage to love them regardless of their faults.  Learn more about her and her books at her website.

What does it take to be a spy? How about a historical spy? Those of us who love a good spy story, always think of the spy being a man, especially in history. During my research while writing my latest release, Secrets and Lies, I learned quite a bit about women spies. My story is a Victorian romance, and takes place in New York City after the Civil War in 1870. Did you know there were many women spies during the Civil War? They needed to help their soldiers in some way in hopes of ending the war. Women could get away with being a spy, mainly because the men would never suspect a woman of being in espionage. 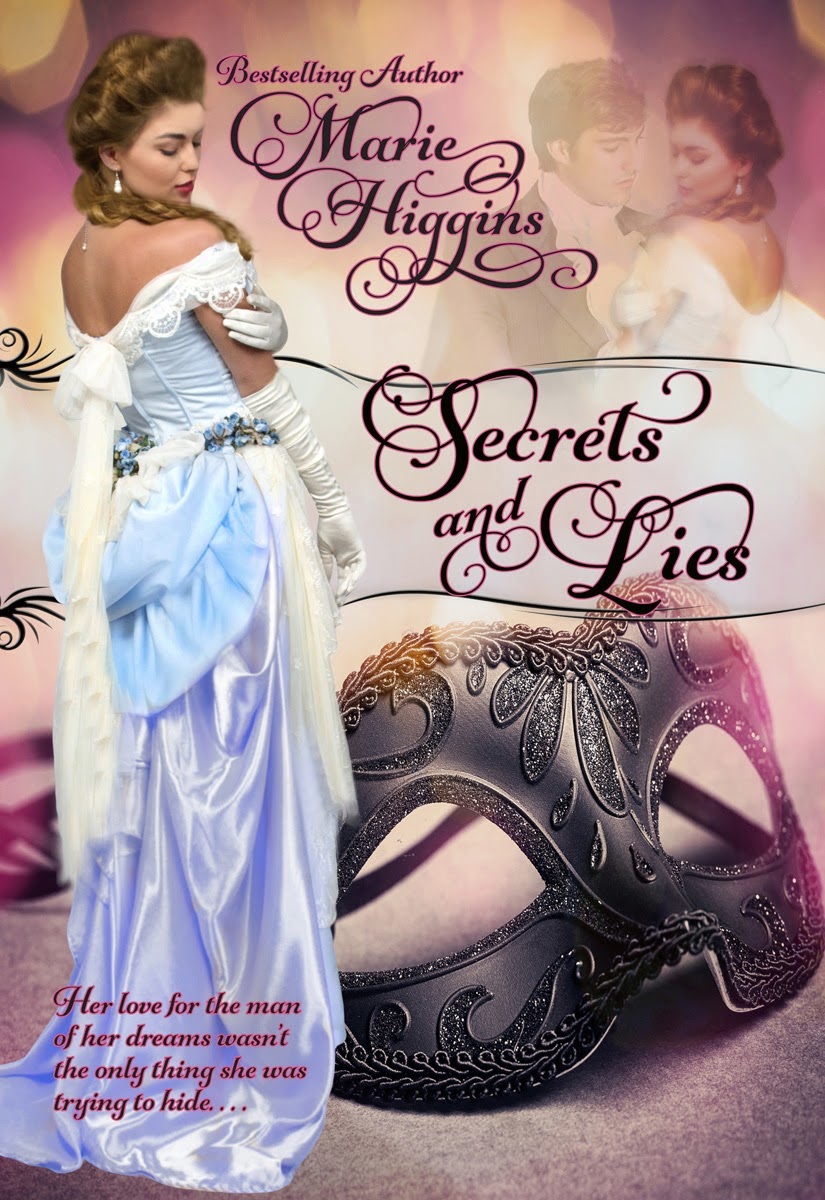 Secrets and Lies is about Nicole Bastian who works as a Secret Agent for President Ulysses S Grant.

On secret assignment from President Grant, Nicole Bastian is tasked with investigating a string of train robberies in which government money was stolen. The stakes are high and she is utterly devastated when she uncovers information that indicates the man of her dreams, Ashton Lee, one of the wealthy owners of Conrail, is the number one suspect. Desperate to remain cool and impartial, Nicole strives to keep her suspicions quiet until she learns what Ashton is keeping from her. At the same time, she’s determined to keep her own secrets from Ashton, hoping he never finds out.

Ashton Lee is immediately attracted to the woman he’d met at the masked ball. Unfortunately, there’s something not right about her, and he can’t put his finger on why he thinks this way. She’s mysterious, beautiful, but very secretive. Dare he allow her to soften his heart? And more importantly, will she understand why he keeps secrets from her?

Check out the book trailer.

Secrets and Lies is also in a boxed set with five other bestselling authors, titled To Love a Spy. All the authors have written historical romance stories dealing with spies.

To Love a Spy
A collection of wickedly suspenseful and wildly charming historical romances with bold heroes and dauntless heroines who must use unconventional methods to deliver justice—and hopefully find a love that proves a perfect fit for their hearts. The collection includes:

The Lieutenant’s Promise by Aileen Fish, USA Today and National bestselling author.
Caught in the path of an impending battle between approaching Federal and rebel troops, headstrong Em Gilmore clashes with handsome Lt. Lucas over keeping her family safe.

Secrets and Lies by Marie Higgins, National bestselling author.
Love for the man of her dreams wasn't the only thing she was trying to hide.

Blood for Ink by LL Muir, National bestselling author.
Northwick is determined to uncover the identity of The Scarlet Plumiere, a gossip writer who has exposed his friend to the ridicule of the ton. But if he unmasks her, she's as good as dead...

Anna and the Conductor by Bess McBride, National bestselling author. Amid the ravages of the American Civil War, abolitionist Anna Douglas and a mysterious Underground Railroad conductor risk their freedom and lives to carry others to safety. Can their newfound love survive the chaos and destruction of war?

Love, Lies, Traitors, and Spies by Melissa Lynn Blue, National bestselling author.
The last year has harbored little more than horror and loss for Juliet Jackson, but when her fiancé, Cole Turner, shows up one night claiming to have information that will end the war she is faced with a rare opportunity to take control of her own destiny. The only problem is that Cole is serving as a Union army spy, and Juliet is a staunch Virginian...

The Mapmaker's Wife by Kathy L Wheeler, National bestselling author.
A flippant proposal and an attack on her person finds one young woman married to the mapmaker who only needs someone to take control of his ungovernable child. Feelings quickly shift into something less platonic and when the enemy gains vital secrets, her suspicions land her in jail.

To Love a Spy boxed set BuyLink (ONLY 99 CENTS!)

Thank you for having me on your blog today!

Loved reading these blurbs, and I bet these stories are a fun read!