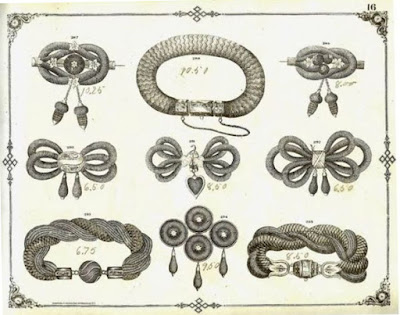 Victorian women were the original scrapbookers, but they didn’t just preserve photographs. They also often kept locks of friends’ hair in scrapbooks. And lest we leave out men, they were known to wear watch fobs made from locks of their wives’ hair.

If this obsession of crafting with hair doesn’t creep you out enough, Victorians were also extremely obsessed with death, to the point that they used human hair from a deceased loved one to craft jewelry, such as brooches, as keepsakes. 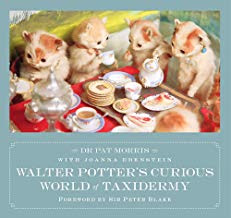 The Victorian death obsession also included séances in which people used a crystal ball to try to contact the dead. However, the creepiest death obsession was the postmortem portrait. For these, the deceased was posed in a staged setting with other family members. Often props of the dearly departed’s hobbies and other interests were included in the scene.
And speaking of hobbies, Victorians had some extremely odd ones, including collecting seaweed, which they pressed into scrapbooks. The oddest, however, was probably their obsession with taxidermy. WalterPotter was the best known of what you might call the Taxidermist to the Rich and Famous of Victorian England. He created anthropomorphic dioramas from various stuffed critters, depicting everything from ice-skating hedgehogs to kitten weddings. 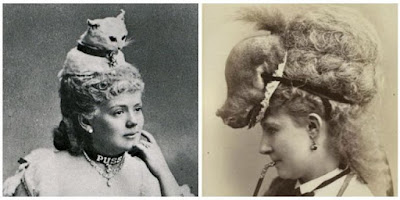 Another taxidermy craze was women wearing stuffed critters, most often on their heads. Plumes from exotic birds weren’t enough for these Victorian ladies. They wore the entire bird—everything from pheasants on their hats to hummingbirds on their fans. But the most bizarre twist of all came in the 1880s when these ladies of fashion segued from embellishing their headwear with birds to include other dead fauna such as cats and squirrels.
Posted by ANASTASIA POLLACK at Sunday, September 22, 2019

Enjoyed your post. The Victorians had a thing for post-mortem photography, especially of their children, dressed and posed as if they were still alive with siblings and toys.

Patricia and Susan, I think both the post-mortem photography and the taxidermy are extremely creepy. Even the hair jewelry creeps me out. I'm glad those crafts have faded away.

Do you see the choker on the lady on the left? It says "Puss." I know it's what my British grandmother called her cat, but would someone put it on a choker? Is this real? What a strange thing to willingly have a dead cat on your head. Thanks for the article.

All I can say, SJ, is that the Victorians were into some very odd pastimes!