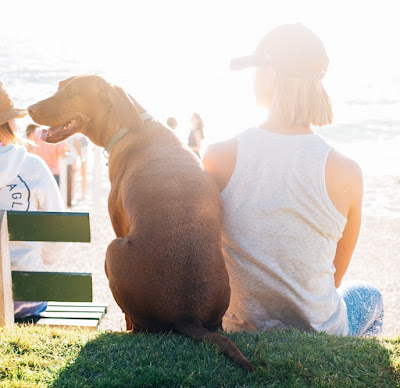 Mystery, women’s fiction, and paranormal short story author Rosemary Shomaker writes about the unexpected in everyday life and collects story ideas from the grocery store, estate sales, vacant lots, and well, everywhere. Stay tuned as she takes her first steps toward longer fiction. Learn more about Rosemary and her writing at the Mutt Mysteries website and on Goodreads.

Fortunate Bedfellows with Like-Minded Animal Lovers
Mutt Mysteries authors are dog lovers who connect with animal welfare partners and donate a portion of profits to pet charities. Lacy Kuller, executive director of the Chesapeake Humane Society, wrote the foreword to the first Mutt Mysteries book, To Fetch a Thief. The Mutt Mysteries authors continue the trend, spotlighting animal welfare, with the surprise providers of To Fetch a Scoundrel’s foreword.
Verlander. That name, recognizable to baseball fans, is not usually associated with mystery fiction. Curious to know the link? The Mutt Mysteries authors reveal the celebrity partners who supplied the foreword to To Fetch a Scoundrel: Kathy and Richard Verlander, parents of Major League Baseball players Justin and Ben Verlander.
Here’s a bit first on the fine athletes with one hundred kilowatt smiles, before you hear the rest of the story. Ben Verlander played for the Detroit Tigers farm system. Two-time Cy Young award winner Justin Verlander began his career in Major League Baseball in Detroit and now pitches for the Houston Astros. Kathy and Richard raised their sons in Central Virginia, home to Mutt Mysteries authors Rosemary Shomaker and Heather Weidner.
When another local author shared a school appearance with Kathy and Richard Verlander and circulated the event on social media, Rosemary took note. She learned that Kathy and Richard are authors in their own right. Their Rocks Across the Pond (2012) details their family’s baseball journey, and their family usually included more than one canine member!
Kathy and Richard’s The Shelter Gang and Their Secret Adventure (2018) is a delightful children’s book about rescued pets that sneak away from the shelter to play baseball as they await adoption by their forever families. The shelter “gang” includes quite a cast of canine characters. The book’s messages of the value of teamwork and respect for individual differences are true to the Verlander family ethos.
The Mutt Mysteries authors approached the Verlanders and asked them to write the foreword to the new book. Kathy and Richard agreed, and a new partnership was forged. Kathy and Richard share that when children learning about their Shelter Gang book ask if dogs and cats can really play baseball, they reply, “In our imagination they can.” In the foreword to the Mutt Mysteries collection, Kathy and Richard write, “We have now learned from To Fetch a Scoundrel, it seems they are also pretty darn good detectives!”
Goochland Pet Lovers benefits from the Verlander’s efforts, as both Kathy and Richard serve on its Board of Directors. Goochland’s new animal shelter, a public/private partnership between Goochland Pet Lovers and Goochland County, will open in 2020.
For the Mutt Mysteries authors and their partners, all animals matter. Sure, the novellas highlight dogs, but cats, birds, reptiles, fish, amphibians, and horses have also touched their lives, and upcoming stories and blog posts may expand on those connections.
This post mentions specifically the Chesapeake Humane Society and Goochland Pet Lovers, but many worthy animal welfare charities abound. Animal rescue and adoption groups, societies for the prevention of cruelty to animals, animal leagues, and governmental animal control offices, involve good-hearted employees and volunteers.
Investigate opportunities to volunteer with animal welfare organizations in your local area. Make donations and support community outreach events from pet adoptions and fostering, to dog 5K fun runs and pet parades. Readers can join with like-minded pet lovers and ally with fortunate bedfellows to improve the lives of our animal friends. 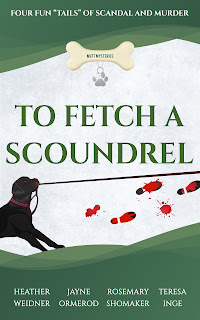 The mystery-solving mutts are back! To Fetch a Scoundrel, the second in the Mutt Mysteries collection, features four tail-wagging novellas. Each story puts pups’ noses to the ground, as scandals are unleashed and killers are collared. Once you’ve finished reading these tall “tails,” you’ll no longer wonder “Who let the dogs out?” You’ll just be glad somebody did! Stories include:

“The Fast and the Furriest” by Heather Weidner
Isn’t there enough action under the lights at the Amelia Race Track without the drama of a love triangle? An altercation leads to murder, and owner Cassidy Green and her Rottweiler Oliver have to uncover clues and find the killer before the bad publicity destroys her business.

“Pawsitively Scandalous” by Jayne Ormerod
What’s with the crime wave in the Grant’s Garden neighborhood? First a respectable member is arrested for crimes unknown, and then another neighbor dies under mysterious circumstances. Pilar Pruitt and her black lab/mix Natti are on the case, and the secrets they uncover are paws-itively scandalous!

“Ruff Goodbye” by Rosemary Shomaker
Does everyone bar owner Len Hayes knows have a secret? Yes, and secrets unravel after a funeral home visitation for Len’s late friend Curt. Miniature poodle Cloud signals danger. A certain black Lab may safeguard the truth. Will canine intervention ensure no one pays the ultimate price?

“A Doggone Scandal” by Teresa Inge
Catt Ramsey, owner of the Woof-Pack Dog Walkers, is back on the case when she receives a mysterious note in her pet supply order. Convinced the sender’s motive is scandalous, Catt packs up her SUV and heads to the Outer Banks with her sister Em, family friend Jonathan Ray, and pups Cagney and Lacey to solve the mystery.

See what the RVA writing community offered the Mutt Mysteries authors? A chance to partner with Kathy and Richard Verlander! Readers and writers, connecting with your local writing community yields unexpected results. Readers, you can benefit from meeting and joining in person and online with local writers. Advance copies, giveaways, opportunities to add to, suggest, and comment on writers' projects, and more await you! Support local authors. Thanks!

I love mutts! It's great to see the good things going on in RVA! Thanks for sharing, Rosemary!

As a big baseball fan, I will for sure check out the Verlanders' books! Love that they could be part of our book, too! Thanks for sharing the story, Rosemary!

Thanks for sharing this!! It’s a great partnership!

Thanks for sharing this! It's a lot of fun to be a part of a collaborative book.

Nothing more American than baseball and dogs! Good combination!

Anyone else glad to hear that Justin Verlander's parents are good, normal people? No surprise, given the respectable way he's living his life!