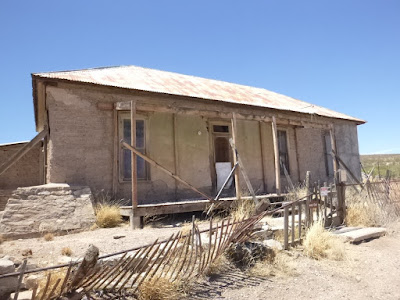 What was your life like before your author started pulling your strings?
I was a homicide detective in the Dallas Police Department. I loved my job, but not my supervisors. They were too political for my taste. If the bad guy was the President of the U. S., I’d still go after him. The heck with politics. But no, my boss would say, “Leave it alone. Stand down.” I hate that phrase: stand down. So I’d ignore it. I’d get the bad guy, but at the same time, I’d be in deep guacamole.

What’s the one trait you like most about yourself?
The fact that I don’t discriminate. If you’re the bad seed, I’ll go after you with all I’ve got. Folks tell me I’m stubborn in that way. Bein’ stubborn isn’t a good thing, you know? But for me, it’s the best. That’s how I get them all the time. Stubbornness and the use of my brains. Perfect combination.

What do you like least about yourself?
Havin’ to lie to the love of my life, my wife Carol. But sometimes, you know, the job requires those little white lies. I tell her I’m in no danger when in reality, I’m in a hole so deep, I’m not sure I can get out. But she stands by me. She’s the best. And between you and me, I’m pretty sure she knows the truth. I can tell that by the number of gray hairs she carries on that pretty head of hers.
What is the strangest thing your author has had you do or had happen to you?
My author, this L. C. Hayden—she’s always puttin’ me in a pickle. Each book challenges me further and further, and I face some really tough situations. For instance, in my latest adventure called When Memory Fails, I’m tryin’ to help my nephew and his fiancé locate a hidden ledger that will reveal all of the transactions done in the past. People were killed. Money was stolen. Land was confiscated. If this information is revealed, the powerful Lazzarones will be ruined. But the fiancé, you know, she wants to right the wrongs. So I’m helpin’ them locate this ledger.

The search leads us to a ghost town where we meet The Hermit, the keeper of the ghost town. Then bang! The house I go in to save The Hermit explodes and I’m thrown out. When I land, I hit my head very hard. When I regain consciousness, I find myself in this ghost town. I don’t know how I got there, where I am, or even why. But worse, I don’t remember who I am. Can you imagine how horrible that felt? Not knowin’ who you are—that’s somethin’ I don’t wish on anyone, even my enemies.

Do you argue with your author? If so, what do you argue about?
I’m not sure you’d call it arguin’, but we do have a lot of discussions. L. C. is pretty good when it comes to that. She lets me have my way. She knows I’m the trained detective so I know what I’m doin’. In fact, I’d say, often she sits to write and has no idea where she’s goin’. So she says, “I’m listening, Bronson.” And I take her where the story should go.

What is your greatest fear?
I’m always scared that someone will try to harm my family just to get to me. It has happened before, and I’m afraid it can happen again. I’m fiercely protective of my family: that’s my wife and our two married girls and their families.

I’ve got some really good friends who are more like family to me. So I’m very protective of them, too. Anybody crosses that line, man-oh-man, you better watch out!

What makes you happy?
I remember takin’ my little girls to see those Walt Disney movies. You know the ones: Cinderella, Sleeping Beauty—all those. In the end, they all lived Happily Ever After. It made them giggle.

That’s the way I feel when a case is solved and the bad guys are in jail or permanently disposed of. Everythin’ has been restored to its proper place. You know, Happily Ever After.

If you could rewrite a part of your story, what would it be? Why?
There’s a hole in my heart that will never be healed. In one of my recent adventures, When the Past Haunts You, I reconnect with my long-lost sister. Of course, I never told anyone about her—not even Carol. Then, after all these years, Lorraine reaches out to me. Naturally, I refuse. What she did was unforgiveable.

She begged for my help, but I was too stubborn to bend. Too late I realized I never stopped lovin’ her. I’ll always be her Big Bro. But by then—well, you’ll just have to read that adventure to get the full story. It pains me too much to even think about it.

Of the other characters in your book, which one bugs you the most? Why?
That would have been a super easy question to answer if I was still workin’ for the Dallas police department. The chief there was such a political figure. Didn’t matter if the bad guys got away so long as we didn’t step on any important toes.

But now that I’m retired, that’s a really hard question. I guess you would say the characters who bug me the most are the ones I’m pursuing at the moment. I zoom in on them and won’t let go. No matter what.

Of the other characters in your book, which one would you love to trade places with? Why?
That would be Carol. She’s wise beyond her years. She knows what she wants, and she knows how to get it. Me? I have to dig and search. Not Carol. She’s a great wife and mother.

In fact, and this is just between you and me, she’s the only one who can get the better of me. If I don’t want to do somethin’ that needs to be done, she finds a way for me to do it and makes me think I came up with the idea. One of these days, I’m goin’ to have to reverse that role, but I just don’t know how.

Tell us a little something about your author. Where can readers find her website/blog?
That would be the award-winning and bestselling L. C. Hayden. We are so close that sometimes I actually think she’s real. Crazy, huh? Besides writing the Harry Bronson Thriller Series, she also writes the Aimee Brent Mystery Series, and the Connie Weaver Thriller Series, and she also writes nonfiction, an inspirational series about miracles and angels, children’s books, and a whole bunch of other books in various genres. She’s got a great website where you see all her books and find her social media links.

What’s next for you?
Remember how a little while ago you asked me what I’m afraid of? I told you I fear for my friends. That’s where I am now. Mike, my ex-partner who is like a brother to me, is deep in trouble. Looks like he’s gone bad, but this is Mike we’re talkin’ about. That’s just not possible. But all the evidence points to him. I’m not quite sure how to help him. My author is only done about one-third of the adventure and neither she nor I know where it’s goin’ to end. Frankly, I’m worried. 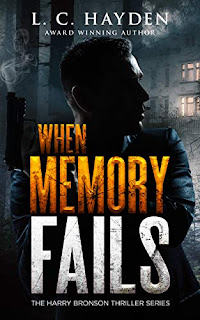 When Sandra Sechrest discovers the terrible secret about her family’s ancestors, she’s determined to right the wrongs. She seeks the help of retired cop Bronson. Along with Bronson’s nephew, they travel to a ghost town in Colorado to unearth the secrets buried there. But Sandra’s family, led by the evil Bobbi Lazzarone, will do anything to guarantee that Sandra fails—anything, including murder.

Suddenly Sandra, Daniel, and Bronson are thrown into a world filled with deception and danger. Bronson swears to protect the young couple at all costs, but when the house he’s at explodes, Bronson is left for dead, and Daniel and Sandra are forced to fend for themselves.

When Bronson regains consciousness, he can’t remember who he is, where he’s at, and why he’s there. Will he regain his memory in time to save Daniel and Sandra? Or has he finally met his match When Memory Fails?

This is exactly how I would expect Bronson would answer these questions.

Hi Sally,
Thanks for stopping in. I agree with you. That is so typical Bronson.