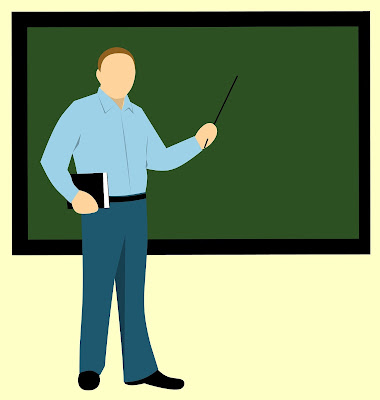 I was happy teaching my classes at the State University of Murder (SUM) and minding my own business before he decided to involve me in murders. Why me? I'm a native New Yorker who was never even mugged and suddenly I began stumbling over corpses. I may have been a fan of crime novels, but I never expected to be caught up in any.

I'm a Taurus and I'm stubborn. That kept me working on my bibliography of Edith Wharton for five long years and it's also helped me do criminal investigations I never thought would become habitual. I guess research is research.

I can be impatient, which also sometimes makes me quip happy and I'll offer a jibe to the wrong person at the wrong time—like a campus police detective at SUM. These guys don't have a sense of humor. They despise us faculty to begin with, almost as much as they disrespect students, so mouthing off to them does not go over well.

I'm not a gun person but he sent me off to a gun shop in Burning Down the House when someone close to me was threatened. And the shop wasn't remotely what I expected, though, because the owner was a former nurse and it felt like a boutique. The owner even made me tea!

His favorite Humphrey Bogart movie is The Maltese Falcon and mine is Casablanca.

I thought it was fear of dying, but I survived a mass shooting on campus in Assault With a Deadly Lie, so I feel weirdly freer than before.

I'm glad my author tells the story of my adventures in crime solving so that each book can stand alone. People can read them in sequence if they like, but it's not essential. Oh, and cooking—the kitchen is my favorite room! Pasta is my favorite comfort food and I just made Spaghetti Carbonara the other night.

I wish I hadn't been stalked and almost killed, but I think it's made me more reflective as well as easing my fear of death: I'm thinking of writing a memoir.

Dean Bullerschmidt is the typical contemptuous, overbearing, and overpaid administrator who bullies everyone around him from behind a way-too-expensive desk. He thinks he's a king and everyone in the College of Arts and Letters is a churl.

Juno Droomgoole, the professor of Canadian Studies, is foul-mouthed and over-the-top in every way and I admire her brass. And her fashion sense. I was going to say she gets away with murder, but that's probably not the best way to put it. . .

Lev Raphael has published more than me: 27 books, one of which has sold 300,000 copies and been translated into over a dozen languages. I'm proud to say I take up a lot of space at his website in the section on mysteries. He loves teaching as much as I do, and he left academia to mentor, coach, and edit writers at writewithoutborders.com.

I've been wondering about following my author's path and leaving the academic world which is crazier than outsiders can imagine. Short term, given my new job and how stressful it is, I need a very long vacation with some great books to read while I'm gone. What can you recommend? 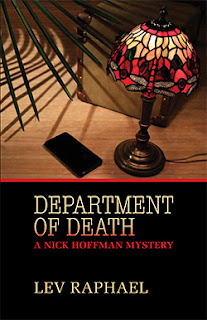 In Department of Death, English professor Nick Hoffman has been unexpectedly installed by his dean as chairman of the English department, a position he never wanted. He can't seem to make anyone happy and can't get a handle on his new responsibilities as an administrator. Then a troubled student seeking his help is murdered and Nick becomes a prime suspect. Hounded by campus police, the local press and social media, Nick wonders if this could finally be the end of his career—and how he can manage to stay out of prison.

Poor Nick! He thought he'd have a quiet life when he left New York and his bucolic Michigan campus turned into someplace literally murderous.

Lev, it's always a pleasure to have you join us on the blog. It was about time Nick came for a visit.

While I hate to disagree with Nick, I do love "Casablanca," but I REALLY love "The Maltese Falcon." Sorry, Nick!

I also love Some Like it Hot, which ends with the line "Nobody's Perfect." Yrs, Nick