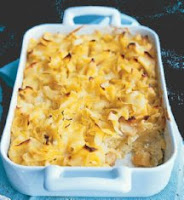 Author, speaker, and columnist Morgan St. James created the Silver Sisters Mystery series with her sister Phyllice Bradner. She also writes by herself and with other co-authors. Morgan presents workshops and is a frequent panel member or moderator at writers conferences and meetings and has written over 500 published articles about the writing world. Learn more about Morgan and her books at her website and blog. – AP

A Corpse in the Soup, named Best Mystery Audio Book of 2007 by USA Book News, was my first published mystery novel. Ten published books later, with number eleven (a true crime novel) about to be released, it is still one of my favorites because my sister and I became best friends through writing it.

The Silver Sisters series all began in 1996 with a phone conversation with my sister, Phyllice Bradner, who lived in Alaska at the time. We hadn’t really known each other well until my mother had mini-strokes and Phyllice had to come to Los Angeles to help me get Mom settled in an assisted living facility. You see, Phyllice had moved to Alaska when she was twenty and our mother was the communication conduit between us for many years. We actually only spoke to each other directly a few times a year as Mom always told us what the other one was up to. There was no unlimited long distance then.

During the two weeks Phyllice spent in L.A. helping me with Mom, among many other things we discovered in common, we found we were both fans of funny mysteries. Not only that, but both of us had been published in newspapers and magazines and Phyllice had even won many awards from the Alaskan Press Club. Can you guess what came next?

After Phyllice was back in Alaska I called her with my brilliant idea. “Let’s write our own mystery series. Here’s my idea: sister sleuths with one living in Beverly Hills and one in Juneau, Alaska.”

She picked up on the idea and answered, “Let’s make them identical twins. That’s more fun than sisters if they’re going to be amateur sleuths. We can use the fact that they’re identical for lots of cool situations.”

Moving right along I said, “Okay. What if they’re two very different personalities and have extremely opposite styles. The one from Beverly Hills is high fashion, writes—oh, I don’t know—maybe an advice column for something like the Beverly Hills Blabbermouth, and the other lives in Juneau, is an over-the-hill flower child who dresses in vintage clothes and owns an antique store.” 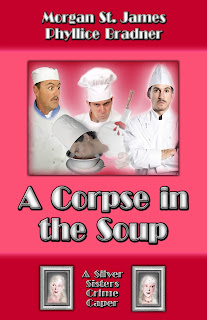 “Well, not exactly. Can I be a rich widow who lives on a fabulous estate? I’d like that a lot, even if I’m just rich in a book. Remember, we used to live only two houses outside of Beverly Hills.”

“Yeah. The street name changed at the corner. Okay, I’ll give you that. You can be wealthy. While I don’t wish it on you, being a widow lets you have some romantic adventures. Here’s another idea. What if their mother and uncle live in cottages on your estate and they are former vaudeville magicians? We could have some fun with that.”

Several conversations later the Silver Sisters were born and we began plotting out our first book. We wanted it to be quirky with twists and turns but lots of clues along the way and the oldsters were just the ticket to add some spice.

Phyllice’s late husband loved to watch cooking shows like the Iron Chef and we cooked up the Greatest Gourmet Gladiators Tournament with tons of Hollywood hype and some over-the-top scenes. We love goofy names, and that is part of the charm of this series.

The competing chefs were Caesar Romano, the romantic chef; Biff Wellington, the aerobic chef who exercises while he cooks; Moishe Matsumoto, the King of Kosher Sushi; and, Toulouse Jankowski, the Polish Cajun. During the competition one of them gets killed and that leads the twins and the oldsters on a merry chase in search of the killer.

You might wonder why they got involved, and it’s simple. The Beverly Hills twin, Godiva Olivia DuBois, has been buried under an avalanche of mail from lost souls seeking advice since her column, “Ask G.O.D.” (her initials) became syndicated. The letters and answers are all comical. She needs help and lures her twin Goldie Silver’s budding-chef daughter, Chili Pepper, down from Alaska to attend a live broadcast of Romano’s TV show, “Flirting With Food” plus tickets to the Greatest Gourmet Gladiator. What she really wants is help answering the letters.

Four tasters from the audience are poisoned on Romano’s show, and Godiva is one of them. Never one to miss an opportunity, when he visits her in the hospital she is very flirtatious and snags the handsome chef as her boyfriend. Then one of the competing chefs at the Tournament is killed, Romano is the prime suspect and all four Silvers are determined to prove his innocence.

Mother Flossie and Uncle Sterling Silver still perform every Thursday at the Hollywood Home for Has-Beens, but their first love is to go undercover in disguise. Whether the twins know about their escapades or not, they are determined to help find the killer, so, of course, the loveable oldsters wind up in jeopardy. Their antics have delighted readers so much, that the 80-year-old mother and uncle now have a fan base of their own.

Flossie Silver, is not a typical Jewish mother. She is a magician who believes in astrology and tarot cards, as does Goldie, but she is also a great Jewish cook and has given Godiva’s cook Martina all of her recipes. Throughout the investigation Flossie and Martina ply the Italian chef with wonderful Jewish family recipes, particularly chicken soup and noodle kugel (a tantalizing sweet noodle pudding.) After A Corpse in the Soup was published, we received many emails asking for the kugel recipe. It was one of our mother’s favorite creations and was passed down from generation to generation. We included it at the back of the second book, Seven Deadly Samovars. Here it is. Try it. You’ll like it.

Cook the noodles. Rinse in cool water. Mix all ingredients with cooked noodles. Pour into 8x10 greased Pyrex pan. Top with packaged cornflake crumbs (optional) and bake in preheated 350º oven for about an hour. Cool and cut into squares for serving. (You can double the recipe and freeze some, too.)

—Based on a recipe from the authors’ mother Rosetta.

A Corpse in the Soup
Buy Links: (paperback) (ebook)

What a great post! I really enjoyed the anecdote of how you came to co-write with your sister and the Silver Sisters Mystery series sounds like great fun - something for my tbr list.
I don't think I could ever co-write with my sister - but I have co-written a sci-fi story with my son - which was a very rewarding experience.
Very best of luck with the new release.

Interesting post. I don't have a sister, LOL, but can't imagine co-authoring, but I can see how it would work.

Can't thank you enough for the Kugle recipe. The photo of the dish brought water to my mouth, reminding me of the wonderful smell in the kitchen with it baking in the oven. We used to eat it together with home made chicken soup.
Thanks for reminding me of this wonderful dish. I'll be sure to put it on my menu sometime soon.

Thanks to both of you. The kugel is my late mother's recipe and Mom always had a ready supply. I can still see her making two batches--one to be eaten and one to be stored in the fridge for unexpected guests. She would cut it into squares of 4 servings and wrap it in tinfoil. All you had to do was say, "Mom, do you have any kugel, and there it was!"

Many of Flossie's characteristics are a combination of Rosetta (our mother) and our favorite Aunt Edna. Then mix in some Sophia from the Golden Girls.

I am grateful every day that writing with my sister truly formed our bond.

I love funny mysteries, too!

A question about the recipe: why roll the cream cheese into tiny balls? And define "tiny."

What fun! Thanks for sharing the recipe with us!

What fun! Thanks for sharing the recipe with us!

To Jan - about your question about rolling the cream cheese into tiny balls -- at first I wondered about that, too, when I made Mom's recipe. Then I saw the difference. The balls should be a little smaller than a marble. When they are spread throughout the mixture, they hold their shape while the kugel is baking. Then when you bite into it, you are treated to a succulent little bit of the cream cheese. When you mix it all through, that doesn't happen. Gotta love Rosetta! BTW, her memoir is filled with good humor going back to the early 1900s. She lived to be almsot 97 and wrote it when she was 80. If you are interested, look for "Can We Come In and Laugh, Too?" on Amazon.

To Heidi - yes there is something special about growing up in a zany family and being able to actually work with your sister to produce wacky crime capers. Glad you enjoyed it.