FASHION WITH TESSA--GUEST AUTHOR COLLEEN COLLINS AND THE FELONIOUS FASHIONISTA 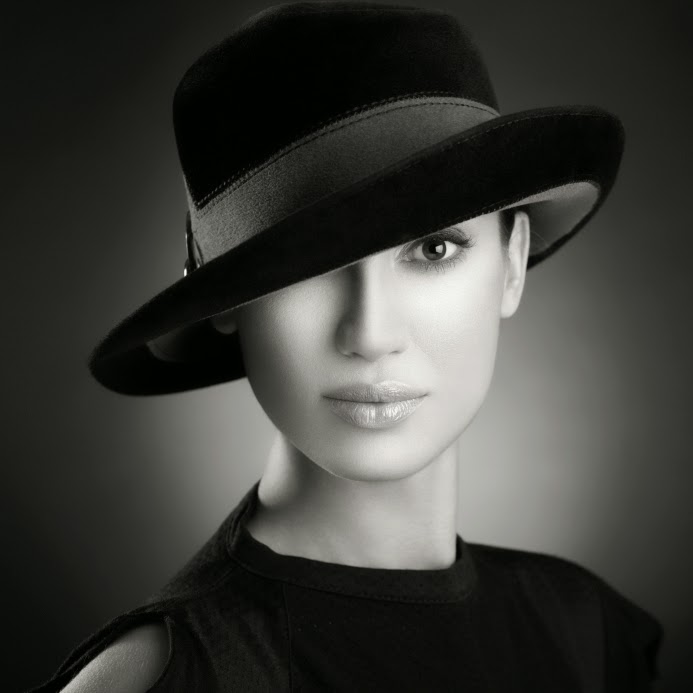 Colleen Collins is a P.I. and award-winning author who has written several dozen novels in the mystery and romance genres, as well as three nonfiction books on private investigations. She and her attorney-husband write the blog Guns, Gams and Gumshoes, selected by Booklist Online as a “Web Crush of the Week” during its 2014 Mystery Month. Learn more about Colleen and her books at her website.

Colleen has generously offered a free Kindle copy of A Lawyer’s Primer for Writers: From Crimes to Courtrooms to one of our readers who leaves a comment. No Kindle, no problem. Amazon offers free apps for reading on your computer as well as on a variety of mobile devices.

The Felonious Fashionista
My husband and I ran a private investigations agency for a decade, which has since morphed into his criminal law practice where I’m his part-time P.I. Or as I  call myself, his “live-in P.I.”

Occasionally, we’ve had clients give us thank-you gifts for handling their cases, from Starbucks cards to homemade tamales. But the most surprising gift offer was from a client who committed crimes in the high style she also liked to wear.  For this article, I’ll call her the felonious fashionista.

How We Met the Felonious Fashionista
A case came into our office a few years ago, where a man said his sister had been arrested on drug charges, and could our law firm handle her case? We get similar calls every month or so, usually for someone who’s been busted for recreational amounts of illicit drugs such as cocaine, ecstasy, Oxycontin. When we asked the particulars of his sister’s charges, he said, “She had ten pounds of heroin packed in the air cleaner of the Mercedes she was driving, and fifty pounds of marijuana in the luggage carrier on top of the car.”

“Walk like you have three men walking behind you.”
- Oscar de la Renta

Because we were hired quickly after the fashionista had fired another lawyer, we didn’t meet her until her second appearance in court. Imagine our surprise when a Sofia Vergara clone sashayed into the courthouse as if she were prowling a catwalk. She wore insanely high heels, a silk blouse and a front-split skirt that flashed glimpses of her tan, toned thighs. Later we learned she had been a fashion model in a European country.

Other lawyers in the hallway looked like a tableau, frozen as they stared in awe at this beautiful woman, their looks turning to surprise and curiosity as she greeted us warmly. As the three of us walked into the courtroom, she glanced at my husband’s green nylon briefcase decorated with several ink smudges, then at my purse, which is more like an oversized messenger bag as I cram everything into it, from books to my computer.

After the hearing, she took us aside and said she wanted to gift us both with designer luggage briefcases as ours were in serious need of an “upgrade.” Did we like Saint Laurent?  Gucci?

That evening, I found him looking up Gucci briefcases on the internet.

Let’s pause a moment and discuss what this drug smuggler gained from her fashionista ways.

She used her beauty and fashion sense to create a smokescreen behind which she conducted high-level smuggling activities. Although we didn’t know how many other smuggling activities she may have previously conducted or was currently involved in, we do know she drove a new Mercedes, always wore designer labels, wore expensive jewelry and spoke of vacations at pricey resorts.

In our legal case, she must have impressed the judge with her fashion sense because he gave her probation, which she viewed as if it were a charm on a Harry Winston bracelet. In other words, she believed her fashionistaism to be invincible.

“Fashion should be a form of escapism, and not a form of imprisonment.”
- Alexander McQueen

Our felonious fashionista soon became an escape artist. After her flashy second court appearance, she failed to show up for her next several court-ordered hearings. In fact, she was failing to show up anywhere in life, which led us to believe the fashionista was on the run.

“I don’t think she ever intended to buy us Gucci anything,” I told my husband one day.  “She just said it to make us feel good.”

Which is the unspoken promise of fashion, I suppose.

A Surprise Call About the Fashionista
Almost two years later, we were contacted by a lawyer from the Midwest. “This beautiful woman was stopped by the police who ran an ID on her, but she denies being the individual who had been sentenced to a probationary term in one of your state courthouses. I looked up her court records, and saw that you once represented her. What’s going on?”

My husband explained the whole story, including her being a fugitive from justice in our state as well as an accomplished drug smuggler who used her beauty and fashion sense to derail law enforcement and judges.

The lawyer laughed. “So I shouldn’t believe that she wants to buy me a designer leather briefcase?”

I’ll leave that for you to answer, dear reader. 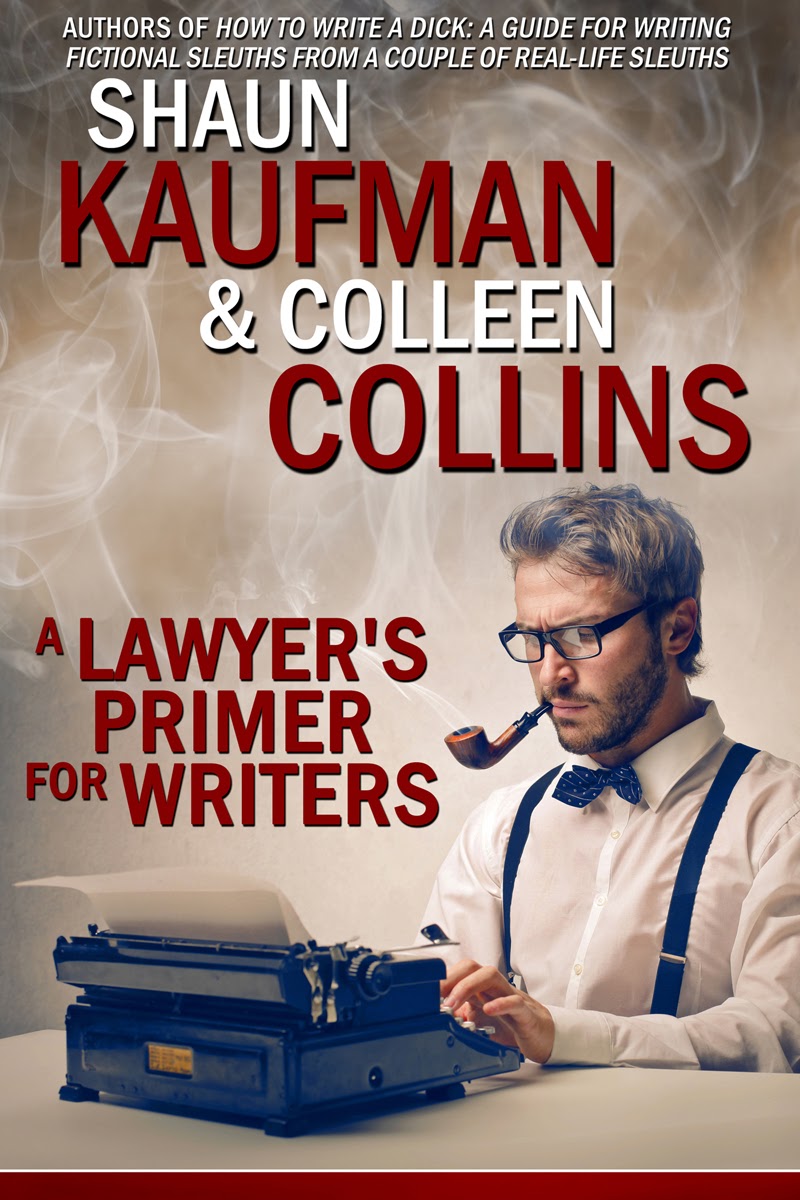 A Lawyer’s Primer for Writers: From Crimes to Courtrooms
by Shaun Kaufman and Colleen Collins (June 2014)
Topics include a history of trials, players in the courtroom, types of lawyers, trial preparation, the steps of criminal and civil trials, articles on crimes and much more.

"This intelligently organized handbook for practicing writers will make you sound like a practicing lawyer. ~Warwick Downing, former DA in Colorado and author of The Widow of Dartmoor, a sequel to Hound of the Baskervilles

Ha! This is wonderful. So delighted to see you visiting with Lois, Colleen!

Lois, now you understand why I had to wear sunglasses and lipstick before leaving the house yesterday. I'm a semi-fashionista.

Keep these stories coming, Colleen! They're all amazing.

Donnell, all these years of knowing you, and I'm still finding out new things about you! And just how many pairs of Manolos do you own?

Ha! I don't know why, but I was kind of rooting for her. I would have totally been on her side if she'd ever gotten you a Gucci bag. I know I do stupid things over Gucci.

OMG! That is so crazy. And I'm with Angela--fascinating. My fashionista appearance today involves shorts and a t-shirt with a swipe of mascara.

Donnell, glad you enjoyed the post! I'm enjoying a second visit with Lois (the first being a guest blog post, another true story, re: fraud a month+ ago).

Vicki, it is a crazy story, isn't it? Sometimes I wonder where she is these days...

Lani, I think the fashionista always keeps the Gucci to herself. Because if she were to give it away as gifts, she'd leave a paper trail :)

My mother always insisted we don't leave the house without looking 'good', appropriate clothes, makeup and jewelry. I always do. Don't know if that makes me a fashionista. But I always describe what my heroine wears. Fantastic post.

crazy story! I loved it and wonder how many Gucci briefcases she has offered in her career?

I'm with Mona, never leave the house without looking good. Gucci is out of my price range but after being recognized in the grocery store, I decided that running out looking as though the dog found me while digging for a bone was not the way to grocery shop!
:-)

My brother is a lawyer. He's never had a client offer him a briefcase. Another instance of fact being more fascinating than fiction.

Mona, I always describe what my heroine wears, too. I've only written one fashionista, who was a reformed jewel thief turned insurance investigator.

Elaine, I wonder, too.

Loved this post, Colleen! Real life is as good as fiction sometimes. Wonder if this fashionista will ever do time for her crimes. Nah, probably not.

Thought you might be interested in this follow-up story: Yesterday my husband and the deputy D.A. who prosecuted the felonious fashionista's case saw each other in the courthouse. They pointed at each other, said her name, and started laughing.

Excellent post, and very entertaining. Your fashionista reminds me of a few people I've met over the years. Having worked in the courts for several years, I've seen people like her who pretty much just fake people out. Loved this story!
Marja McGraw

Loved this, Colleen. Maybe this fashionista will run into a vision impaired judge or DA.

Love this story. My first thought when she offered new briefcases was that they'd probably be stolen!

These real-life glimpses are such a treat.

Sylvia, I wonder too what will become of the fashionista. Thanks for dropping by!

Marja, isn't that the truth about people who get by with faking out others.

Karalee, LOL on her running into a vision-impaired judge or DA!

Claire, glad you enjoyed this real-life story. As I told Lois, I changed a few details so she wasn't easily identifiable.

Love it! I tell ya, people underestimate the power of dressing well. These days fashion is a diversion. Dress up and you confuse people because clearly you must be somebody if you're wearing that...!

Those are the clients you hope go to your least favorite friend from law school.

Great story!! My daughter was in Mock Trial at her high school for four years, and her entire team always refused to carry briefcases because their arch rivals carried matching briefcases. But if Gucci had been on offer ...

Happy September 1st! I gathered everyone's names and randomly selected one to win a copy of A LAWYER'S PRIMER FOR WRITERS....and the winner is.......

Thank you, everyone, for reading and commenting on the felonious fashionista! And thank you, Lois, for being such a great hostess.

Best wishes, Colleen (Vicki I'll drop you a message to get your email address)