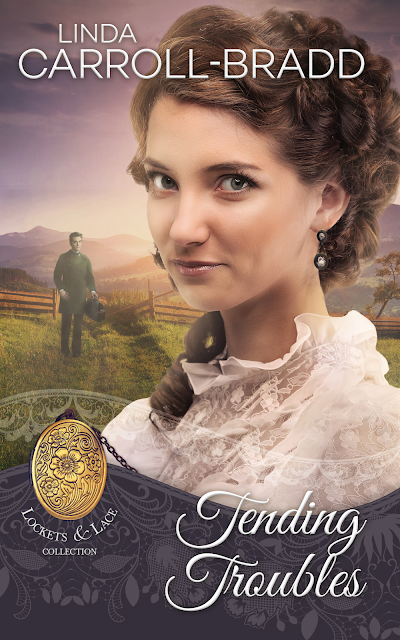 Today Linda Carroll-Bradd, author of contemporary and historical romance, sits down for an interview. Learn more about Linda and her books at her website.

When did you realize you wanted to write novels?
Not until after I’d finished college and started raising a family. I kept envisioning different endings to the romances I was reading. Of course, when I tried, then I learned how many aspects are involved in creative writing.

How long did it take you to realize your dream of publication?
I worked at writing on a part-time basis for twelve years before my first paid publication, which was a story for the confession magazines. My first sale to a book publisher came a couple years later.

Where do you write?
In an office in our home in the southern California mountains.

Is silence golden, or do you need music to write by? What kind?
I can write with or without music. When I want to create a certain mood or capture a tone, I’ll put on ethnic music connected to one of the characters.

How much of your plots and characters are drawn from real life? From your life in particular?
I draw from real life for the plots because I research a lot and visit museums on any of the car trips my husband and I take. I find working a real-life event into a romance plot a thrill. The characters are all from my imagination.

Describe your process for naming your character.
I use The Writer’s Digest Character-Naming Sourcebook and start with the nationality I believe demonstrates the character’s background. I strive for unusual names, because I was most often one of several Lindas in my neighborhood or classes while growing up. So, I want my characters to be memorable.

Real settings or fictional towns?
Fictional towns laid over real settings. That way I can find a map, even a historical one, and picture how the town is laid out in comparison with the surrounding geography.

What’s the quirkiest quirk one of your characters has?
I work hard to give my characters something unique. One of my heroes does scrimshaw, a skill he learned from his time spent trapping in Alaska.

What’s your quirkiest quirk?
Can’t walk into a movie theater or start a movie at home after the opening scene has started.

If you could have written any book (one that someone else has already written,) which one would it be? Why?
Pride and Prejudice because who wouldn’t want to be known 200 years in the future for her creative endeavor?

Everyone at some point wishes for a do-over. What’s yours?
Starting on my writing path at least a decade earlier.

What’s your biggest pet peeve?
People without the ability to wait their turn, either in traffic or in stores. People who are too me-oriented.

You’re stranded on a deserted island. What are your three must-haves? Sunscreen for my easy-to-burn skin, wet wipes because I can’t stand damp sand on my skin, and a trunk filled with romance novels

What was the worst job you’ve ever held?
Telephone solicitor for vacation property as a high-school student. I didn’t have the maturity to handle rude hang-ups.

What’s the best book you’ve ever read?
The Mists of Avalon by Marion Zimmer Bradley, because I loved the feminist bent of the retelling of the King Arthur tale.

City girl/guy or country girl/guy?
Grew up in a city but always wished I could have lived in a small town.

What’s on the horizon for you?
I’m working on a couple of big-themed books that I hope to finish in 2018. One is a prairie historical I’ve been working on for several years involving a paroled convict half-breed and a Swedish immigrant on a homestead, and the other involves the Nez Perce tragedy and how the Army tracked them for months.

Anything else you’d like to tell us about yourself and/or your books?
I write clean and wholesome stories that always have a bit of humor and contain lots of heart.

Traveling west to become a mail-order bride is the most adventurous act Bostonian Imogene Franklin ever did. Unfortunately, the groom chose another so now Imogene must make her way on her own. Dreading the idea of returning home to continue raising her siblings, she is reduced to waiting tables in the Dorado café.

Guilt hangs heavy over Reggie Othmann—ever since he brought home a childhood illness that claimed both his parents’ lives. The ink is barely dry on Reggie’s degree when he arrives home in Dorado to establish a medical practice. All he’s wanted since he was ten years old is to help people, but now he’s unsure of his future. When illness descends on the town, Reggie and Imogene tend the townspeople but is their emotional tie born of the closeness of the ordeal or perhaps something more?

Hi, Linda! Enjoyed reading your interview. My Mom and Grandmother l-o-v-e-d those confession magazines. We don't see too many of them around anymore.

I believe the magazines are only online these days. Thanks for stopping by, Angela.

Enjoyed the interview. Wow, you do a thorough job of picking your character names. Love your cover and the blurb. Sounds like a compelling, emotional story. Congrats on your release!!

Enjoyed the interview, Linda, although I write futuristic and fantasy myself, I love historical westerns, and the cover of 'Tending Troubles' is beautiful!

I enjoyed the interview. :)

Great interview, Linda! I like the idea of using a real town to build a fictional one. Best of luck with the book.

Alicia, Thanks for stopping by and commenting on my interview.

Diana, I appreciating getting a personal recommendation on books. Thanks for the comment.

Hywela, we were all pleased with our covers. Thanks for stopping by.

Maureen, I appreciate knowing you liked the interview.

Alina, A couple of years ago I traveled to the town used as the base for my story world and got a real feel for the wide open prairie surrounding the buildings and the magnificent views. Thanks for commenting.

Fun interview. I always like to hear about writers and their likes, dislikes, and working environment. Best of luck with "Tending Troubles."

Diana, thanks so much!

Great interview! I have to say I'm with you on watching a movie after it's begun. I want to see the story from the start! Love your stories, too.

Great interview! I love your cover. It's gorgeous. And poor Reggie, feeling responsible for his parents. I can imagine that was really hard for him. It sounds like it's a beautiful story filled with forgiveness of self.

Nice interview! And you cover is gorgeous!

Interesting interview! Best of luck with your new release!