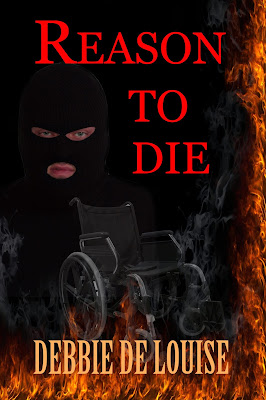 Today we sit down for a chat with cozy mystery, traditional mystery, thriller, and romance author Debbie De Louise. Learn more about Debbie and her books at her website.

When did you realize you wanted to write novels?
I’d always enjoyed reading and writing. I wrote many stories as a child, and my family and teachers said I had a talent for creative writing. In college I wrote some full-length manuscripts that I still have in notebooks.

How long did it take you to realize your dream of publication?
My first publications were articles in pet magazines in the 1990’s. I published a short story in a mystery anthology in 1999. In 2008 I self-published my first novel (it will soon be reprinted with my publisher). My first novel published by a publisher that became the first book of my Cobble Cove mystery series was released in 2015.

Where do you write?
I write at the computer in my living room.

Is silence golden, or do you need music to write by? What kind?
I need silence.

How much of your plots and characters are drawn from real life? From your life in particular?
I’ve used a lot of my experiences and also created characters based on people I know or knew, but they’re all fictionalized, of course.

Describe your process for naming your character?
I don’t have a particular process. I just think up a name. If I get stuck, I look at a magazine, paper, or other printed material and choose a first and last name separately from those items. I’ve also had character naming contests that my readers enter.

Real settings or fictional towns?
Fictional but based on real ones. I sometimes list real places, but the main locations are fictional.

What’s the quirkiest quirk one of your characters has?
In my Cobble Cove mysteries, one of the characters, an elderly gentleman named Mac, loves to eat peanut butter sandwiches and even has special recipe for making one.

What’s your quirkiest quirk?
My fondness for Pusheen, the emoji cat.

If you could have written any book (one that someone else has already written,) which one would it be? Why?
This is a difficult question. There are many books I would’ve have loved to have written. One that stands out is Time and Again by Jack Finney. I love books with time-travel themes and also enjoy historical mysteries. This book has beautiful illustrations and depicts the early days of New York City so vividly.

Everyone at some point wishes for a do-over. What’s yours?
There are actually a lot of things I would like to have done differently, but I believe that things happen for a reason. That’s one of the lines in A Stone’s Throw, my first Cobble Cove mystery. Everything that’s happened to me was meant to be, so I wouldn’t do anything over.

What’s your biggest pet peeve?
When my husband tunes me out while he’s watching TV.

You’re stranded on a deserted island. What are your three must-haves?
A book to keep me occupied, a cat for company and comfort, and non-perishable food.

What was the worst job you’ve ever held?
Secretary in a pool at a large utility company.

What’s the best book you’ve ever read?
Another difficult question. There are many. As a librarian, I have a chance to sample a large number of books. One of my favorites that I read long ago is Katherine Neville’s novel, The Eight.

Ocean or mountains?
Ocean, even though I don’t swim.

City girl/guy or country girl/guy?
I’m a bit of both. I live in the suburbs on Long Island. I like the opportunities for entertainment in the city but also the quiet and closeness to nature that the country affords.

What’s on the horizon for you?
I’ve just completed a reprint of my first self-published paranormal romance, Cloudy Rainbow, which my current publisher is reprinting with new edits, a few changes, and a different cover.

Anything else you’d like to tell us about yourself and/or your books?
I have a cozy mystery series that features a librarian and a library cat. The cat, Sneaky, has his own blog where he interviews other pet characters and also author’s real pets. I also have a Facebook group called Cobble Cove Character chat that is hosted by one of my characters each month.

Reason to Die
Someone is strangling disabled people in the small town of Baxter, Connecticut. Detective Courtney Lang and her ex-partner and ex-lover, wheelchair-bound Bill Thompson, are paired up again and put in charge of the investigation. During the course of their search, Courtney uncovers information that points toward a connection between the murders and an unsolved series of muggings by a masked man, the same man who shot and disabled Bill a year ago on the night he proposed marriage to her.

Complicating matters for Courtney is her guilt about Thompson’s shooting, her affair with her new partner, Mark Farrell, and her unresolved feelings over the deaths of her mother and sister who perished in a fire while she was away from home.

As the deaths accrue and the “Handicapped Strangler” as the killer is coined by the press continues to rampage the town adding victims of different ages, sex, and disabilities to the murder count, Courtney discovers a clue that could crack open the case but may put her and Bill’s life in jeopardy.

Thanks so much for featuring me on your blog.

Great interview. I learned a lot about one of my new favorite mystery writers.