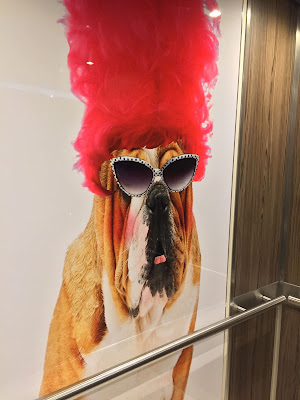 There’s an old maxim that “Beauty is in the eye of the beholder.” The same can be said of art. When I was in college, I attended many Manhattan gallery openings. Some were beyond absurd, as far as I was concerned, like the one consisting of a piece of masking tape running down the center of the wooden floor of one room. Nothing else. To me, this was a case of the emperor having no clothes, but the gallery owner obviously thought it was an excellent example of minimalist art. 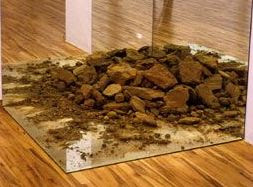 One exhibit I attended consisted of large squares of mirror placed on the gallery floor. The mirrors were then hammered and the glass left on the floor in its fractured state. A mound of dirt was then dumped onto the glass.

Was it art? I didn’t think so, but maybe I’m wrong, given that one of the objects of art is to evoke emotional reaction in the observer. I certainly reacted to the pieces, even though my reactions were decidedly negative.

Maybe that’s why the curator at the Philadelphia Museum of Art purchased one of those broken mirror and dirt piles for the museum—to evoke emotion, whether positive or negative. I couldn’t find a photo of that “sculpture,” but the photo above is another by the artist from a different series where he didn’t first break the mirrors. 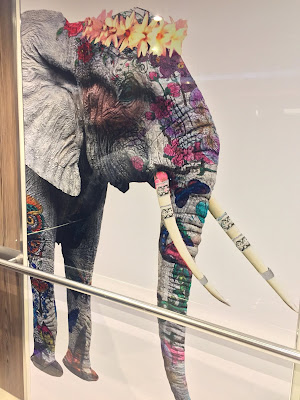 Recently my husband and I took a cruise to New England and Canada. Anastasia wrote about it in a post last month. 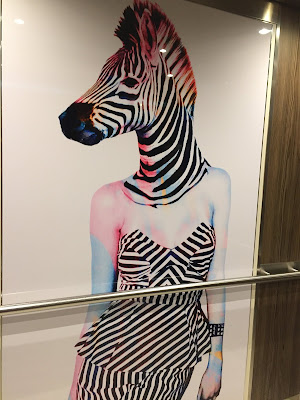 This particular ship featured framed artwork in many of their elevators. It’s unusual to find artwork in elevators. Most of the time people stand awkwardly facing forward, avoiding eye contact—not to mention conversation—with the strangers occupying the remainder of the limited floor space. However, the artwork in these elevators definitely got my fellow cruisers talking—and laughing. 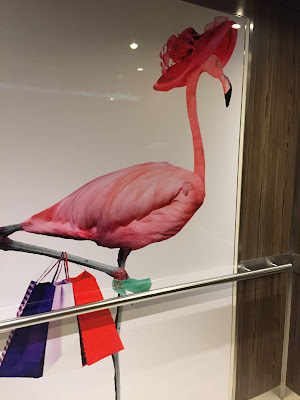 I’ve always enjoyed the whimsical and comical, whether in art or music or literature. Maybe that's why I write humorous amateur sleuth mysteries with characters who are a bit outside the box. 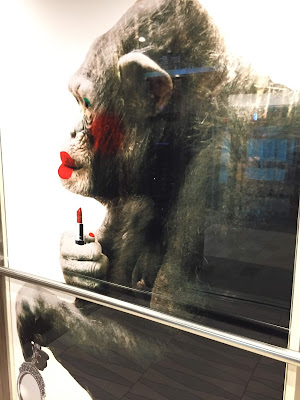 Anyway, these altered images of animals were definitely whimsical. Is it art? I’m voting yes on these, but it’s really up to each of us to decide. 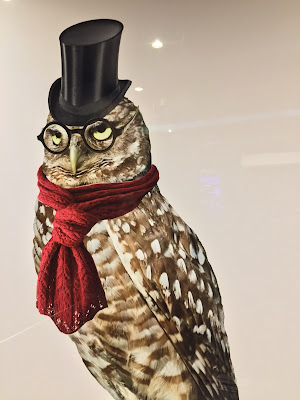 Meanwhile, they'll probably show up in one of Anastasia's future adventures. I wonder what she'll think of that! 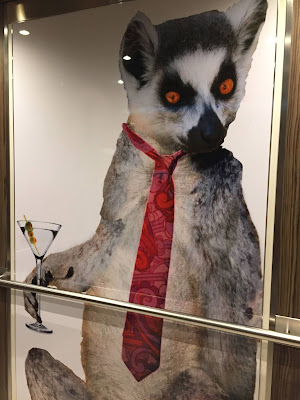 Yes! Art is in the beholder's eye, as is beautiful!
The artwork's interesting, funny and whimsical.
I love it.
When on vacation near or far (aboard), I seek the local art gallery.
Thanks for sharing.