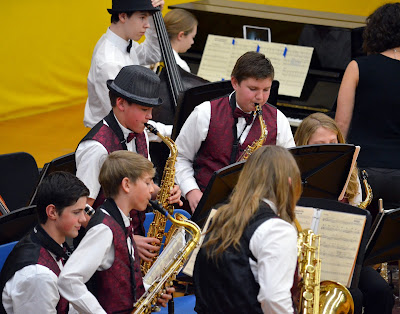 Mystery author Alice Zogg was born and raised in Zurich, Switzerland.  She moved to New York City and then relocated to Southern California, where she has resided for more than forty years. She is an avid traveler and plays racquetball and golf. Learn more about Alice and her books at her website.

When doing a panel event, we authors are often asked, “What made you become a writer?” or, “Have you wanted to become a writer since childhood?” Most of my peers answer the first question with an elaborate account of having always been passionate about the art of creative writing, and the second with a definite “yes.”

My answer to question number two is, “No.” As a child, I could have never sat still long enough to write a few paragraphs, let alone an entire book. As to why I became a writer, I’m a bit embarrassed, but the following is the truth:

Between Christmas and New Years’ of 2002, I went to the local bookstore looking for new reading material. I had read all the books ever written by my favorite authors— Agatha Christie, P. D. James, Dick Francis, and others—and I hoped to find some mystery novels penned by more contemporary authors. I came home two hours later empty handed. Here is the dialogue I had with my husband:

“Where are the books you bought?” he asked.

“I couldn’t find any that appealed to me.”

“If you’re so picky, why don’t you write your own?”

His sarcastic remark went ignored at the time. But a couple weeks later, I thought, why not? And so I gave it a shot. In October of 2003, I published my first mystery novel. It was not as simple as I make it sound, but I basically taught myself how to write and do research. Since then, I have penned ten books in the R. A. Huber series and four stand-alone works. I write in the traditional mystery genre; in other words, neither cozy nor hardcore.

My series’ protagonist, R. A. Huber, was born in Switzerland and came to the United States as a young woman, where she made her home. Longing for excitement after she retires, Huber starts a second career and opens a private investigating business in Pasadena, California. With each book the gutsy private eye’s cases take her on new journeys. She is called to places like Catalina Island, Lake Tahoe, and the Central Mexico region, all the way to Davos, Switzerland, then back in the US to the Big Bear Lake area, the balloon festival in Albuquerque, New Mexico, and to a location near Solvang, California.

In Murder at the Cubbyhole, she stays close to home in Pasadena, where she gets a glimpse into the theater world, and in Guilty or Not, an investigation takes her and her sidekick Andi on a cruise to Alaska. Evil at Shore Haven is my tenth and final mystery in the series, where Huber goes undercover. She checks herself in as a resident at a senior community near the Ventura pier to investigate several sudden deaths that occurred at the facility.

I am working at improving my writing with each new book, and I am particularly proud of having penned my stand-alone mystery novels, A Bet Turned Deadly, Accidental Eyewitness, The Ill-Fated Scientist, and the most recent, No Curtain Call. I write for my own pleasure, and if readers enjoy my stories, I consider that a bonus. 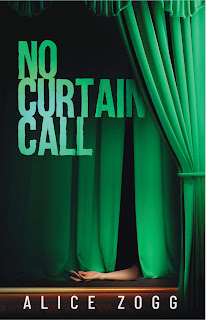 No Curtain Call
When the curtain falls, the story begins...

Nick Fox, a retired sheriff’s department lieutenant, is trying to get his act together after nearly being blown up in a targeted explosion that cost him the loss of part of his leg and a kidney, resulting in his subsequent retirement.

Then a friend asks him to investigate the death of his son, who died from an opioid overdose at the end of a musical performance at Citadel High School three-and-a-half years earlier. His friend insists that his kid would never do drugs or commit suicide. Instead, he suspects murder.

Despite the trail being cold after the time lapse and a crisis within his own family, Fox cracks open the inactive case and takes another hard look. Can he finally raise the curtain on the killer?

For someone who started a bit later in her life as a writer you have done remarkably well. I have read all your books and have watched you grow as a writer. What you do best is lay out those clues that the reader won't realize are clues until the end when the killer is revealed. That's when the reader can say to themselves, by golly, the clues were all there. Looking forward to your next book.

I'm cheering you on!! I'm also using your scientist book on a book-reading challenge I'm doing. I sure admire you, Alice.

Thank you for your kind words, GBPool. Coming from an established author as yourself, your comment means a lot.

Many thanks, Jackie. I appreciate that you picked THE ILL-FATED SCIENTIST for your book-reading challenge.

I am a friend of Alice and have known her since her second book came out. So I know the story but better yet I know the writer. She is a great person and writes books that are as fun to read as they are suspenseful. Glad to see you out and about here in the world of blogs, Alice.

Alice and I have been cherished friends for 46 years, living through raising our daughters and other family life adventures.

Alice you have found your talent, you were so determined about developing your writing skills and researching every last detail and then figuring out how to publish your books. Such perseverance!! Your imagination was always present, waiting to be used.
I've enjoyed watching and listening to your journey.

Congratulations on your success. I hope many more readers find joy in your stories.

Thank you so much for the praise, Judy Krueger. You read and critique so many books that I feel privileged you enjoy reading mine.

Yes, Karen, we go back a long way!

I cherish our friendship and appreciate that you have become a loyal fan.

Lois, I want to especially thank you for hosting me on your blog.

We were happy to have you, Alice.

Alice, we met 60 years ago and worked together for a year in New York City. Then we parted ways. Little did I know I was sitting next to a future, famous writer. Great job, Alice. I admire you.

Birgitta, has it really been that long ago? I remember our New York City days together well. And not only work at the bank but the parties too! Thanks for your generous comment.


We met over 50 years ago through a mutual friend when you first arrived in California with your husband and baby. I had no idea that you would become a future famous mystery story writer. I have read all your books and loved them all. You are amazing and very talented to come up with such different and interesting stories.
Congratulations, and keep on writing.

Margrit, thank you for your kind words. I am thrilled to know that you are a fan of my works. Like Andi of my R. A. Huber series would say, "I'm tickled pink!"