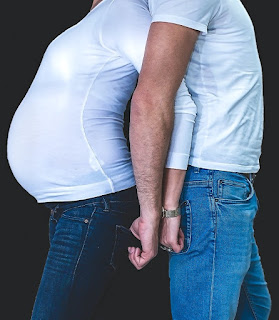 Today we sit down for a chat with Sully (Sullivan) Barlow from author Josie Malone’s Baker City: Hearts & Haunts Series.

My best friend since childhood and I were in graduate school studying to be secondary school teachers. We’d joined the Army Reserve for the education benefits and found ourselves embroiled in America’s longest war. I came home alive from our third combat tour. She didn’t.

I have plans and none of them include the guy I slept with to forget the devastation of losing Raven, my best friend in Afghanistan. A career soldier, Tate Murphy has three more years until he’s eligible for retirement. Then we discovered our night together resulted in something unexpected. I’m pregnant. A moment of magic becomes a commitment, but is it one either of us want to keep?

Tate Murphy, an Army Master Sergeant who thinks he’s in charge of the world and of me. I’m glad he wants to “daddy up”, but I’m not ready for a guy who constantly lectures me about “embracing the suck” and that I don’t have to give up my best friend even if Raven isn’t what could be considered “real” any longer. Then again, what is “real”?

Living every day, oh and my family who blame me for coming back alive when Raven didn’t.

I’d have Raven survive and come home with me this time. She married my older stepbrother and the two of us always planned to raise our kids together, but now we can’t. I miss my bestie.

Tate Murphy. He lives to boss me around and tell me what I can and can’t do. I’m a grown woman. The last thing I need is an arrogant know-it-all trying to run my world. Granted, he’s super sexy, smart, and compassionate and rocks my world, but sometimes that bugs me even more.

My mother-in-law, Bronwyn Murphy. She’s wonderful, intelligent, compassionate, kind and treated me like a daughter from the time we met. She’s everything my own mother isn’t, and when she discovered Tate and I are having a baby, she announced her plans to spoil our child rotten and totally got into being a grandma. Again, something my mother didn’t.

Josie Malone lives and works at her family business, a riding stable in Washington State. Teaching kids to ride and know about horses, she finds in many cases, she's taught three generations of families. Her life experiences span adventures from dealing cards in a casino, attending graduate school to get her master’s in teaching degree, being a substitute teacher, and serving in the Army Reserve - all leading to her second career as a published author. Visit her at her website to learn about her books.

Telling Tate to back off and let me breathe. I’ll wash my own car, a classic ’68 Mustang that Raven and I restored. Fixing up our new house, training my rescue puppies, preparing for our baby’s arrival, and jumping his bones to keep him from smirking at me like no other guy ever was a dad. I told you that he rocks my world. 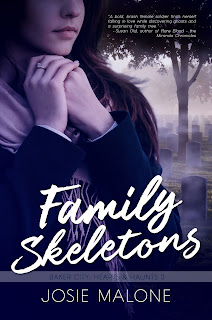 Sergeant First Class Sullivan Barlow has plans for her future and none of them include the guy she slept with in a night of weakness. Intending to forget the devastation of losing her best friend in Afghanistan, Sully woke the next morning still alone. Her only solace -- she hadn’t told the man her real name.

A career soldier, Tate Murphy has three more years in the Army until he’s eligible for retirement. Seven weeks ago, he met a woman in a hotel bar and spent the night with her. He hasn’t been able to get her out of his mind and can’t believe his luck when he finds her again.

Then they discover their first night together resulted in something they never expected. She’s pregnant, and Tate immediately proposes. Pregnant, struggling with survivor guilt, the last thing Sully needs is to learn her best friend may have died, but hasn’t left yet.

Tate says, ‘sometimes courage is an act of survival’. Sully fears trust is a casualty of war. Will she and Tate ever find it again either by themselves or with the help of those who have passed on before?