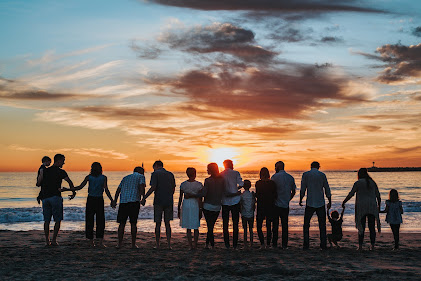 Lisa Black is the New York Times bestselling author of 15 suspense novels, including works that have been translated into six languages, optioned for film, and shortlisted for the inaugural Sue Grafton Memorial Award. She is also a Certified Latent Print Examiner and a Certified Crime Scene Analyst, beginning her forensics career at the Coroner’s office in Cleveland Ohio and then the police department in Cape Coral, Florida. Learn more about Lisa and her books at her website.

I’ve been letting an idea for a book percolate in my brain for a bit now, and though at this very early stage it seems totally brilliant, still I recognize my character has yet to fill one gap: a personal stake in the happenings. Gone are the days where Sherlock Holmes and Ellery Queen could solve murders simply because they liked the challenge. (I deeply regret the loss of this plotting option, by the way, but that’s another topic.) No, nowadays every book has to be loaded with characters who have character, characters who love/hate/envy the first characters, riding along on a boatload of angst-ridden baggage.

And no one can sneak more unregistered firearms into someone’s luggage than family members.

For proof, or examples, we need only ponder a survey of the most popular fiction—in, say, an extremely unthorough sampling from various Google lists—such as:

The Lion, the Witch and the Wardrobe, Alice’s Adventures in Wonderland, and The Wonderful Wizard of Oz all appear on lists and all have the same family-oriented plot: trying to get home.

Though if Scarlett in Gone with the Wind had heard the various quotes about ‘it’s the people in it that make a house a home,’ she clearly didn’t agree. Scarlett is willing to betray those people (by stealing her sister’s beau) in order to save her true obsession—the actual house, Tara.

Most of the Harry Potter books are on every single list. Though Harry was an orphan, the plots revolve around making his peace with the abilities his parents left him and forming a new family with his fellow students. The ‘form your own family’ structure is also found in most superhero movies, hero’s journeys, and my personal favorite, rag-tag band of misfits saves the town/charitable cause/war/universe.

The Hobbit –You could say this is mostly a war tale (and rag-tag band), but there is definitely some family pressure at work as Frodo tries to live up to the history of his uncle Bilbo.

And in The Godfather, of course—those characters don’t even break a sweat evading the cops. It’s the people at Sunday dinner who may cause you to sleep with the fishes.

Song of Solomon, which won a Nobel prize, is so rife with the sibling rivalries, parent-child disagreements, and the complex, intertwined and not-always-healthy relationships of extended family members that it makes The Godfather look like a middle-school drama camp project.

The DaVinci Code. On the face of it this one wouldn’t fit the pattern since Robert Langdon isn’t fighting with his sister while running from the albino, until you remember it’s about one heck of a woman’s genetic inheritance. Talk about family issues!

But I protest, most lists also contain And Then There Were None, where the ten were unrelated (other than the married cook and butler), and it still worked out just fine for Dame Christie. But that’s that Golden Age of Detective vs. Now dichotomy again.

What do you think? Does genealogy alone provide that extra energy to propel average angst into profound angst? 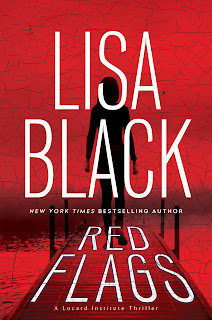 When DC crime scene analyst Dr. Ellie Carr is called to investigate the heartrending case of a missing baby, she's shocked to discover that the child's mother is her own cousin. Close during their impoverished childhoods, now Rebecca and her lobbyist husband Hunter have been living a charmed life in an opulent mansion—until their infant son is taken.

A reluctant Ellie is teamed with Rachael Davies of the prestigious Locard Forensic Institute, employed by Hunter to help with the investigation.

What seemed like a simple ransom grab reveals links to a lobbying effort to loosen regulations on a billion-dollar gaming empire. At first antagonists, then allies, Ellie and Rachael race to piece together the evidence before Rebecca's son—and others like him—face an unthinkable fate....

I love the two-liner about The Godfather. Perfect!