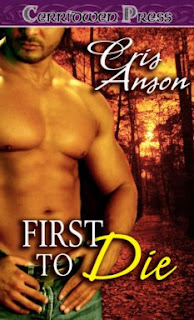 New Jersey’s Pine Barrens: a Character in my Book
by Cris Anson
Growing up in rural Burlington County, New Jersey, I looked forward to our occasional day trips to Atsion Lake, Pakim Pond or other recreation areas within the Pine Barrens, as they were then known. The closer we got to our destination, the cleaner the air smelled through the rolled-down windows of our 1953 Plymouth—the pine, oak and cedar forest, fallen leaves decaying on the sweet soil, the scent of unspoiled wilderness.
Once there, Dad spread an old Army blanket on a patch of sand and we eagerly splashed into the tea-colored water. It was there I learned the dead man’s float and how to dunk my sister. Wandering the woodland paths after lunch, I observed stunted blueberry and cranberry bushes as well as native mountain laurel and other wild shrubs and flowers.  I marveled at carnivorous sundews and pitcher plants in Webb’s Mill Bog.
Fast forward to a few years ago, when the heroine of FIRST TO DIE began to clamor for my attention. I decided to set her story, a romantic suspense novel, in this environment. Tamara Hart was transplanted by virtue of her job as an image consultant to a private golf club at the edge of the Pinelands. My nostalgic memories were reinforced and expanded by my research of that thousand-plus square miles—over a million acres—of primeval forest and rich wetlands. Underneath it, the Cohansey Aquifer contains an estimated 17 trillion (yes, trillion) gallons of pure water.
Unlike oaks in damp forests, the Pine Barrens oaks growing in dry sand have protective oils concentrated in their leaves. As well, the glistening pitch in pine needles is incendiary. An uncontrolled burn can produce crown fires, which consume the entire tree. As you may have guessed by the cover depiction of this book, a forest fire plays a pivotal role in the plot, with a unique characteristic of the Pinelands chipping in.
Many people whiz by in their vehicles through the Pine Barrens on their way to or from the shore without a thought to the beauty and fragility of this last great protected area of New Jersey. That is a tragedy. It is an area full of diversity and wonder. I hope I have conveyed my respect and affection for the Pinelands in FIRST TO DIE.
Here’s the blurb for FIRST TO DIE:
When beautiful consultant Tamara Hart delivers her recommendations to upgrade a family-held golf course, she unwittingly lifts the lid on a stew of secrets that have been simmering for years. Secrets that can kill.
Unexpected and unwelcome is the immediate sexual pull she feels toward Simon Sutcliffe, the wounded, grieving second son of her employer and benefactor. In spite of the emotional baggage they both carry, they succumb to a mutual attraction, leaving them vulnerable to the secrets that threaten them and those they love.
But more than love is at stake. No one is safe. Surprising alliances, deadly motives and a rash of murders follow as a killer plows a deadly path through the shareholders.
And Tamara realizes she’s next in the killer’s crosshairs.
Thanks so much for stopping by today, Cris. I have to admit, it’s been years since I spent any time in the Pine Barrens. We North Jersey girls rarely venture south of Trenton. For those of you interested in reading an excerpt of First to Die, you can do so on Cris’s website where you’ll also find purchase information.
Also, our Book Club Friday guest author will be giving away a copy of one of her books tomorrow. So if you haven't done so already, leave a blog comment to be entered in this week's drawing.-- AP
Posted by ANASTASIA POLLACK at Thursday, September 02, 2010

Cris, I lived in So. Jersey briefly but never got to see much of the Pine Barrens, always seemed to be working! But you've got me hankering to smell the fresh air now...First to Die sounds like it could satisfy that need.

It's funny I should see this blog post. I saw a show the other night called Monster Quest. It was set in the New Jersey Pine Barrens and they were examining the legend of the New Jersey devil. (I think that's what they called it.) Looks like a beautiful area.

I've only skirted around the edges of the Pine Barrens and have always wanted to explore them in greater depth. I can't wait to see how you used them in FIRST TO DIE.

Hey, NJ, the New Jersey Devil of the Pine Barrens was why the hockey team took that name!

J. Hali and Caridad, even a day trip would be worthwhile to stop and smell the cranberry bushes and all the other indigenous plants.

Thanks for stopping by.

Thanks for stopping by today, Cris, and telling everyone about the Pine Barrens.

I've camped, hiked and canoed the Pine Barrens with my family and all I can say is the wonderful memories of those trips still linger, the kids still talk about them.