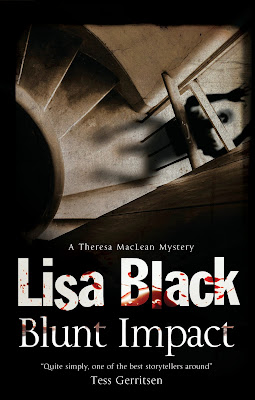 New York Times bestselling author Lisa Black spent the five happiest years of her life in a morgue. As a forensic scientist in the Cleveland coroner’s office she analyzed gunshot residue on hands and clothing, hairs, fibers, paint, glass, DNA, blood and many other forms of trace evidence, as well as crime scenes. Now she’s a certified latent print examiner and CSI for the Cape Coral Police Department. Lisa also writes as Beth Cheylan. Learn more about Lisa and her books at her website. -- AP

The Fun and Not-So-Fun Parts of Crime Scenes

Crime scenes are the most interesting part of forensic science. You get to actually see the setting instead of individual, out-of-context pieces of evidence and picture how it all went down. And it gets you out of the bloody lab. 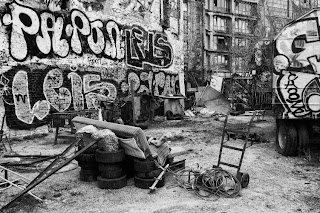 They’re also the biggest pain in the butt. They’re never anyplace fun like a shopping mall or a museum; they’re places that are cold, muddy, or unbelievably filthy. They’re abandoned apartments crawling with cockroaches, streets where you automatically keep your head ducked just in case anyone decides to take a shot, houses that make you tsk and say, “I can’t believe anyone lives like this.”

I could write a book on houses. If you ever think your own place is a little messy, you should see the places I’ve seen. This crosses all ethnic, cultural, gender, psychological and economic lines. I guess some people are comfortable with clutter—imagine if you took everything out of all your closets and all your drawers, scattered it over the floor, and lived like that day in and day out—and some aren’t. This may sound like simply a pet peeve, but it actually complicates the investigation. How do you tell if something was ransacked? How do you tell what’s out of place? 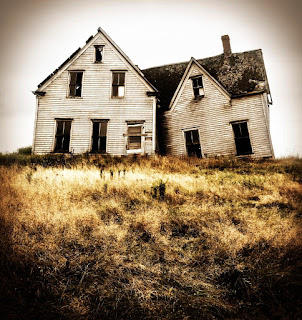 In short, crime scenes should be glamorous, but they’re not. For one thing you usually don’t have more than a two-minute warning; Dispatch calls, and you’re given a sketchy summary (half of which is often wrong) and an address. For another, all the work that you planned to get done that day is not done by someone else in your absence—it’s still waiting for you when you come back, and your boss doesn’t care that you had to go.

Answer: you don’t. You have to collect what seems reasonable to collect and leave it at that. You can only do your best. Remember that during the exhaustive investigation of the Charles Manson murders, there was a pair of glasses left in Sharon Tate’s house that no one ever identified.

You never get all the answers.

Blunt Impact features forensic scientist Theresa MacLean and a series of murders surrounding a skyscraper under construction in downtown Cleveland. The first to die is young, sexy concrete worker Samantha, thrown from the 23rd floor. The only witness is her 11 year old daughter Anna, nicknamed Ghost. Ghost will stop at nothing to find her mother’s killer, and Theresa will stop at nothing to keep Ghost safe.

Not a job I'd want to do, but it sounds fascinating.

Having read other works by Lisa Black, I know this is a winner!

Sometimes it's not a job I want to do either! :)

I've always wondered how you can tell what's relevant and what isn't at a crime scene. Fascinating about the unidentified glasses at the Tate home. Thanks for the insights and good luck with your book!

Thanks for sharing that little insight. And of course I now want to buy your book!

What an excellent description of a crime scene! Thanks for injecting reality into the discussion of investigation. I'm a private investigator as well as an author, and my investigation clients often wonder why I can't replicate all the crime-solving magic they see each week on CSI. One of the reasons I write mysteries is because I can make justice prevail in my books, and I suspect you feel the same way. Write on!

I'm a csi addict. I watch them all and gather up facts, thinking if I wasn't so old, I'd consider a career in that. I have books by Lisa on my shelf and this sounds like one I'd like to add--to the already read side.