Maria Grazia Swan was born in Italy, but this rolling stone has definitely gathered no moss. She’s lived in Belgium, France, Germany, California, and Arizona. As a young girl, her vivid imagination predestined her to be a writer. She won her first literary award at the age of fourteen. Learn more about Maria and her books at her website.

The Story Behind the Three-story House 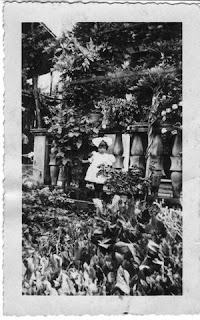 Those of you who read Love Thy Sister, probably wonder what this house Mina talks about looks like. You know, the three-story house her grandfather built?

With Italian Summer, book 3 of Mina’s adventures due out this month, I decided it was time to tell the story behind the story, and I have pictures to prove it.

In this new book, Mina is going back home and she will describe the house as it looks now, ten years later. I wrote the scene back in January 2013. Then in June I had to go back home myself and decided to take a recent picture. 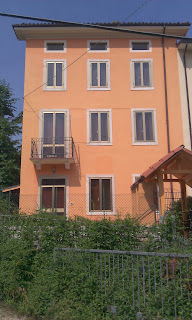 How can I do that you may ask? Well, because the house does exists and my grandfather did build it.
I was born in that house.

But what still gives me goose bumps is that in this scene I wrote in January, I described how the house had been repainted a peachy color while it had always been pale yellow.

After my mother’s death, my sisters sold the house to strangers. I avoided going back because I tend to get very emotional, but I figured it was time to bite the bullet. Imagine my surprise when I stopped in front of this house I so love and found that the new owners painted the house a peach color. Just like I wrote in my book. I pulled out my smart phone that doesn’t work in Italy but takes good pictures, and clicked. It’s not perfect because it’s hard to see while you are crying.

I knew my grandfather was smiling at me.

The house was built before 1920, as you can tell, it still stand tall.
I would welcome some comments. So would my grandfather, I’m sure. Ciao. 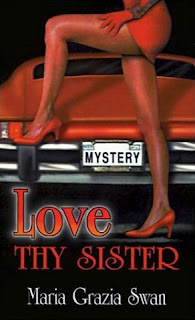 Love Thy Sister
Italian-born Mina Calvi lives in a mansion in idyllic Orange County, California with her protective older sister, Paola. Unemployed again and aimless, Mina can’t seem to find her niche in her adopted country, but confusion and restlessness soon become the least of her problems. Someone is stealing from the software business owned by Paola and her husband, losses so great the business is sinking like the Titanic. And the strange death of a company employee turns out to be murder. Then, while, facing a loss so terrible she can’t bear it, Mina discovers an old family secret that turns her world upside down. There’s some solace in the arms of her blue-eyed lover, amateur sleuth Brian Starr, but danger still stalks her at every turn, edging closer and closer as Mina tries to untangle the web of lies, adultery and treachery, and put her life back together.

Lois, thank you for such a great presentation of my ..emotions...and pics. By the way Love Thy Sister will be free tomorrow. Thanks again.Maria Grazia Swan