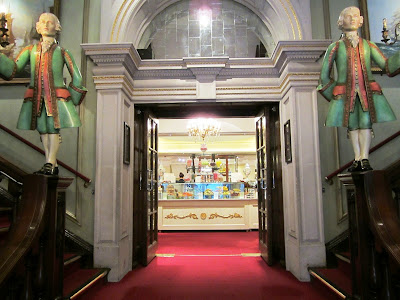 Carly Carson is an award-winning contemporary romance author who will probably never marry into the British nobility, as she is already happily married to Traveling Man. But there's nothing wrong with a little fantasy in one's life, right? Learn more about Carly and her books at her website.

Today I thought it would be fun to share some of the upscale parts of London, places where a duke and a duchess might go.

Fortnum and Mason (shown above) is where a duchess might shop. The store features food that's too beautiful to eat and is known for its luxury hampers (picnic baskets to those of us who aren't nobility.) They sell this wedding cake, which is lovely enough for a Duke's bride, don't you think? The store is known for its afternoon tea, and its patronage by the royal family. 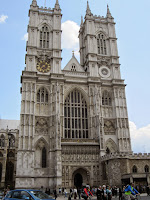 How about Westminster Abbey? Kate and Will got married here. I think a duchess could make do. :) My kids had to visit the abbey so my husband and I left them there to walk over to the Churchill war rooms. Here's an irony: On a deserted side street, we saw the Queen passing in a small cavalcade on her way to Buckingham Palace to celebrate her birthday. It was her jubilee year and we'd decided to avoid that birthday scene altogether. Suddenly, there she was. We never told the kids.

Everyone has heard of Harrods, and the store is grand in many ways. 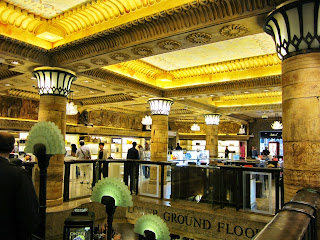 Now in England, everyone is big on kingdoms and whatnot, so I think it's appropriate that Harrods has a Pet Kingdom. 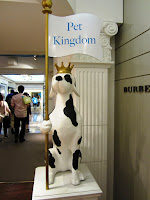 The Duke of Devonwood has some bloodhounds that probably wouldn't enjoy this cushion. But a Duchess's dog certainly would. 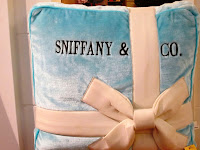 Since I write romance novels, this is one of my favorite pictures from England. This window box, located in the Kensington area, reminds me of a beautiful heart. 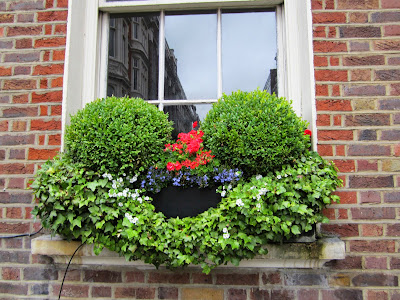 Have you ever visited England? What did you like most?

Duke of Devonwood, Summer Lovin' Anthology
Miranda is not about to let some English duke tell her what she can do with her own inheritance. This is, after all, the twenty-first century. Unfortunately, her father appointed the duke her trustee. Fortunately, she's determined, hard-working, and maybe a touch devious. She vows to do whatever it takes to foil the duke...

The Duke of Devonwood could handle Miranda and her schemes...if only she weren't so enticing.

I've never been to England, and I'm grateful that you shared your wonderful photos. Thanks so much!!

I returned from England this Tuesday after a photo journey to spectacular Cornwall. I was doing some research for a cozy mystery series, but I was with a fun group of people who love photography, so we visited gorgeous places like Port Isaac (Port Wenn to you Doc Martin fans!) and the Lizard. Best of all was the Sunday afternoon scene at the Cadgwith Cove Inn, where musicians crowded into a corner and played the old shanties, with locals signing along. Plenty of pints hoisted, laughter shared, and those charming Cornsish smiles all around! --kate

Coming from London, this potted view made me smile. Seeing the queen in a side street reminds me of that episode of Friends when Joey and Chandler bump into Sarah, Duchess of York, Richard Branson et al. At least you knew who she was - and I hope she gave you a royal wave. Your books sound great fun - I'll be looking them up.

Great pics! Love the smiley face window box. Brits have such a quirky sense of humor:-) I've never been but would love to visit the British Isles. It wouldn't be a complete trip for me if I didn't go to Scotland, Ireland, and even Wales. It would probably take me a month, but it would be totally worth it!

Best of luck with your books. I paid a visit to your website:-)

Thanks for hosting me today, Lois!
Angela, it was hard to limit myself to a few photos. I'm glad you enjoyed them!
Kate, do you have any photos of your trip anywhere? I don't think I've been to Cornwall but I've always heard it's gorgeous.
Manic Scribbler, unfortunately, the queen did not wave at us. :) I would have missed her altogether, but hubby misses nothing. My daughter has every Friends' episode. I've never seen that one, but I only catch glimpses when she watches them.

Thanks PJ! Don't tell anyone, but Scotland is my favorite. Ireland is unique and beautiful and of course England is worth many visits. Your best bet is to visit them all!

I've never been to England but my father has. He loves to visit Watling's Pub. It's our family name! Thanks for the share today. I think that I wouldn't be able to afford anything at those stores!

Melissa, I don't think I've ever bought anything in those stores either. Except for food in the food court at Harrod's and that's super expensive but I think we bought ice cream for the kids. It's fun to go there even if you aren't buying. BTW, Harrod's doesn't allow picture taking at all in the ritziest parts of the store.
It's good to share a name with a pub! Fun times. lol

Oh, I loved the pictures! So great!

Thank you, Red! They bring back wonderful memories for me. :)