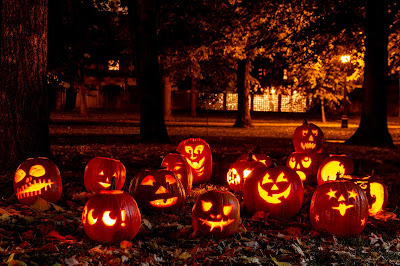 Halloween is only eight days away. The holiday has become big business with consumers spending nearly 8 billion dollars annually, 2 billion of which is spent on decorations, another 2 billion + on candy. Adults spend over a billion and a half dollars on costumes for themselves, slightly less for their kids. Nearly 70% of the population will celebrate Halloween in some way. Count me in the minority.

I hate Halloween. There, I’ve said it. Need me to repeat it? I can shout it if you prefer: ANASTASIA POLLACK HATES HALLOWEEN!

Am I a curmudgeon? Anyone who knows me (with the exception of my mother-in-law who actually is a curmudgeon—and a communist one to boot) will tell you that’s not the case.

My feelings about Halloween hearken back to my childhood. I was a shy child, painfully shy. Do you have any idea how difficult it is for a shy child to ring a stranger’s doorbell and beg for candy treats? That wasn’t the worst of it, though.

The worst part of Halloween for me was the roving bands of teenagers who would lurk in the bushes and bombard unsuspecting trick or treaters with raw eggs. Egg shampoos might be good for your hair but not when they’re forced upon you in the dark, complete with the shells.

How I dreaded October 31st! And still do. Of course it hasn’t helped that a psycho killer recently set his sights on my normally quiet street. Somehow I managed to survive, but the experience has served to reinforce my feelings about Halloween.
You can read all about it in A Stitch To Die For and the events precipitated by one of those killings in Scrapbook of Murder.

Meanwhile, if anyone knows how I can escape Halloween this year (keeping in mind I have absolutely no discretionary income, thanks to Dead Louse of a Spouse), I’m open to suggestions. 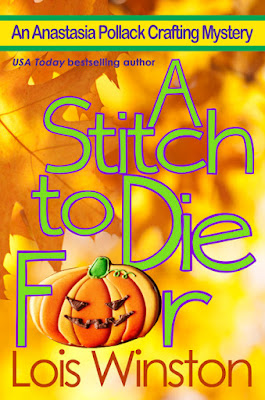 A Stitch To Die For
An Anastasia Pollack Crafting Mystery, Book 5

Ever since her husband died and left her in debt equal to the gross national product of Uzbekistan, magazine crafts editor and reluctant amateur sleuth Anastasia Pollack has stumbled across one dead body after another—but always in work-related settings. When a killer targets the elderly nasty neighbor who lives across the street from her, murder strikes too close to home. Couple that with a series of unsettling events days before Halloween, and Anastasia begins to wonder if someone is sending her a deadly message. 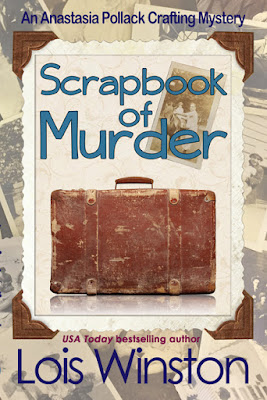 When the daughter of a murdered neighbor asks Anastasia to create a family scrapbook from old photographs and memorabilia discovered in a battered suitcase, she agrees—not only out of friendship but also from a sense of guilt over the older woman’s death. However, as Anastasia begins sorting through the contents of the suitcase, she discovers a letter revealing a fifty-year-old secret, one that unearths a long-buried scandal and unleashes a killer. Suddenly Anastasia is back in sleuthing mode as she races to prevent a suitcase full of trouble from leading to more deaths.

I'm a fellow Halloween hater. It's easy for us to opt out because we live in a poorly lit court, we have a lock on our gate, we keep the porch light off, and our dog barks at all the noises she hears outside. This is good because I don't have to buy candy, and if I don't buy candy, I don't eat candy.

Halloween is not my favorite holiday either. Of course, I enjoyed it as a child. Although, I think it would be fun to dress up for a costume party. I think I'd go as Morticia Adams.

Kathleen, the town I live in was the childhood home of Charles Addams. His house was the inspiration for the Addams' family house. Unfortunately, it was destroyed in a fire years ago.

I personally dislike Halloween. When I was growing up, some kids TP'd the lawns of the schoolteachers. I lived in the country, so we only had two houses within walking distance for trick or treating. Big deal. When I was living on my own, one year some teens who didn't bother to wear costumes were trick or treating in the neighborhood and kept returning to my house several times for more. So to me, Halloween is an excuse for greed and vandalism. However, my series protagonist Sandy Fairfax loves the holiday. He adores dressing in costumes (he starred on a TV show and is very theatrical) and he gets a thrill from spook houses. He's still a kid at heart.

Sally, we have the same problem with teens showing up who don't even bother to wear a costume. And then there are the people from other towns who drive their kids to our town. That one really annoys me. I turn the porch light off after the young kids on our street have come and gone.