CLORIS COOKS UP A MYSTERY 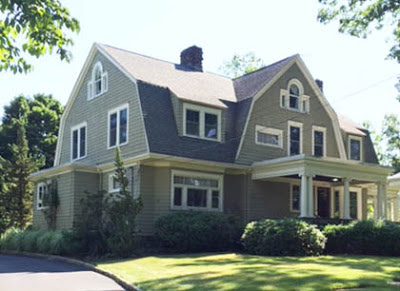 Anastasia often talks about how author Lois Winston complicates her life by dumping her into the middle of murder and mayhem. I don’t know if Lois got tired of picking on Anastasia or just wanted to give her a bit of a respite from all that murder and mayhem, but in Scrapbook of Murder, her newest Anastasia Pollack Crafting Mystery, she targets me in an extremely scary subplot.

As you may know if you follow this blog, Lois gets many of her plot ideas from actual news story. One of those is an ongoing mystery in her own hometown, which also happens to be Anastasia’s hometown. The mystery, known as The Watcher House, began back in 2014 and still hasn’t been resolved. It’s made international news and even inspired a Lifetime made-for-TV movie. Lois has blogged about it in the past. In Scrapbook of Murder The Watcher becomes The Sentinel, and the house in question is the one my husband and I recently sold when we decided to downsize.

There are horror myths in every state. In New Jersey the creepiest—until now—is the Jersey Devil, who supposedly lives in the Pine Barrens of South Jersey. However, the Jersey Devil has now lost his top spot. According to Thrillist, he’s been surpassed by The Watcher.

Does The Watcher really exist? After three years of investigating, the police have no suspects, but the letters keep coming. Maybe it’s a hoax. Or maybe it’s an attempt to drive up real estate prices—or drive them down—given that real estate in this particular New Jersey town keeps increasing at an astounding rate.

Anastasia, good friend that she is, solved the mystery of The Sentinel in Scrapbook of Murder. Maybe the police should check out how she did it. 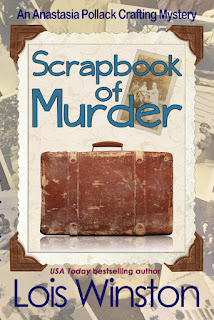 When the daughter of a murdered neighbor asks Anastasia to create a family scrapbook from old photographs and memorabilia discovered in a battered suitcase, she agrees—not only out of friendship but also from a sense of guilt over the older woman’s death. However, as Anastasia begins sorting through the contents of the suitcase, she discovers a letter revealing a fifty-year-old secret, one that unearths a long-buried scandal and unleashes a killer. Suddenly Anastasia is back in sleuthing mode as she races to prevent a suitcase full of trouble from leading to more deaths.

Yikes. This sounds creepy, but knowing Lois, it will just be fun. Looking forward to reading it.

Thanks, Anne! Hope you enjoy it.

Anastasia, Lois knows that you can handle anything that comes your way (smile!).

LOL, Angela! I certainly hope so!

That gives me chills!

Well, it is close to Halloween, Kathleen. ;-D

How fun! I love a mystery with a touch of horror!

What great inspiration! I can't wait to see how the mystery is solved!

Well, I solve the mystery in the book, but as for the real life mystery, it's now 3 years and counting without any suspects. Lois and I both suspect there's some funny business going on.