AUTHOR MAGGIE TOUSSAINT ON HOW A FAN INSPIRED A SERIES 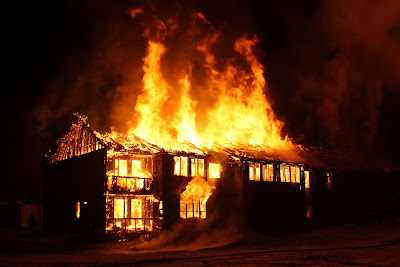 Multi-award-winning southern author Maggie Toussaint is the author of twenty mystery and suspense books. Her twenty-first, a paranormal mystery, is slated for a June release. Today Maggie joins us to talk about how one of her books came to life. Learn more about Maggie and her books at her website.

The Origin of Hot Water
Long before I wrote series mystery, I wrote standalone mystery and romantic suspense novels. After the romantic suspense Muddy Waters was released, one diehard fan in particular kept hounding me to write more in that story world. I patiently explained how a romance novel story arc was complete when the couple resolved their conflcts and came together in a happily-ever-after.

Undeterred, the woman said, “So?” You’ve got other characters in this story world that could use a story. Use one of them.”

Indeed. She went on to tell me exactly which character I should write about, the female cop. At that time, the amount I knew about what cops do would fit in a thimble. (I’ve since learned substantially more, though I don’t know if I’ve graduated up to a tumbler size glass yet.) The task seemed huge, but I decided to go for it.

I began the next Mossy Bog book and called it Hot Water. The final book in the series, also about another Mossy Bog female, is called Rough Waters. Both Hot Water and Rough Waters have just been released through my own imprint after prior publication by a small press.

My female cop, Laurie Ann, is tough as nails at work. At home, she gardens and sews and volunteers for many community activities. Laurie Ann cares deeply about her hometown of Mossy Bog, and she will go to great lengths to protect it. Good thing because a serial arsonist-turned-killer is based out of her town.

Without the prompting of my local fan, there would’ve been no Hot Water and certainly no Rough Waters. I’m so very glad I listened and kept Mossy Bog alive for friends and fans. 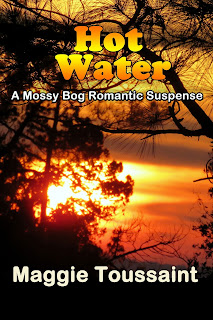 Hot Water
Something evil lurks in this town of secrets.

Solving Mossy Bog’s first fire fatality could net police officer Laurie Ann Dinterman the promotion she desperately wants. When the state arson investigator arrives to take over the case, Laurie Ann is assigned to give the man everything he needs while keeping him alive. The fact he’s the sexiest man ever to hit town shouldn’t make a difference.

Hot on the trail of a serial arsonist, Wyatt North demands justice for his partner, the arsonist’s first victim. He’ll find the murderer or die trying—no matter how distracting the tall, lithe figure of his local partner is.

As the investigation zeroes in on a suspect uncomfortably close to Laurie Ann’s life, her cop instincts conflict with her feelings for Wyatt. Worse, the arsonist will do anything to protect his identity. Can Laurie Ann accept the truth in time…or will she and Wyatt go up in flames?

Thanks for having me here today. It's such a pleasure to share how my Mossy Bog series came to pass. There's a lesson here. Fans talk. Authors listen!

You know you're welcome any time, Maggie!

Maggie, I love how your books are linked with the word "water."

Vicki, What can I say? Water was an inspired choice. Thanks for visiting the blog!