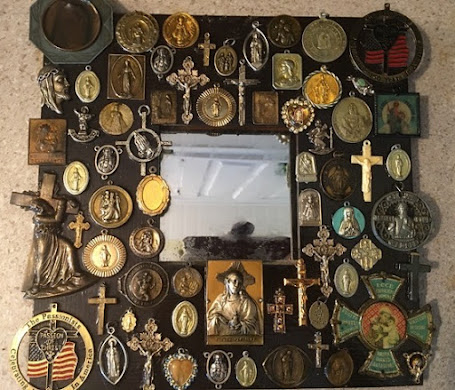 Jeannette de Beauvoir didn’t set out to murder anyone—some things are just meant to be! Her mother introduced her to the Golden Age of mystery fiction when she was far too young to be reading it, and she’s kept following those authors and many like them ever since. She wrote historical and literary fiction and poetry for years before someone asked her what she read—and she realized mystery was where her heart was. Now working on the Sydney Riley Provincetown mystery series, she bumps off a resident or visitor to her hometown on a regular basis. Learn more about Jeannette and her books at her website.

Taking a Break From Murder… With Crafts!

Wedding planner and super-sleuth Sydney Riley is looking ahead to the winter, the “quiet season” in her hometown on Cape Cod, and has decided that what she needs is a hobby. Winters are a nice respite from the tourist season, but the days are long and dark, and even Sydney admits there’s just so much reading you can do. Inspired by Anastasia Pollock’s crafty ways, Sydney decided to try doing something completely different with her time and energy (usually she reserves both for solving murders!), and then she couldn’t wait to share her first efforts with Anastasia.

“It’s not exactly art,” Sydney told her best friend, Mirela, who actually is an artist. “Of course it is,” said Mirela. “It is called decorative art, sunshine.”

Mirela is from Bulgaria and thinks “sunshine” is an endearment. She’s never really caught onto the irony of it.

Sydney decided to start small—after all, she doesn’t really know if she’s going to take to this enterprise—and so has begun by playing with mirrors and picture frames she finds at thrift shops and yard sales. She cleans the pieces and then hot-glues artifacts to them: coins, seashells, sea glass, whatever strikes her fancy, creating a one-of-a-kind decorative conversation piece.

Sydney’s first project was a gift, a request from a priest friend who wanted a frame. Sydney removed the mirror and created this frame encrusted with religious artifacts to encircle the priest’s favorite icon. What do you think of it?

“What on earth are you doing?” asked Ali, Sydney’s boyfriend. “Where did you get these ideas?”

“It’s a matter of availability,” said Sydney. And it’s true that Provincetown is filled with the raw materials she needs and then some. A walk on the beach—any beach—provides shells, pebbles, and sea glass. The Shell Shop across from the Provincetown Town Hall has hundreds of different shells, seahorses, shark’s teeth, starfish, and so much more that she found herself entranced and stayed in the shop for an hour. (She also has to work fast, since The Shell Shop is seasonal only, and due to close soon!)

Then there’s Marine Specialties, Ptown’s go-to shop for anything a little out of the ordinary—it’s been a landmark for more than fifty-five years. Often known simply as “the army-navy store,” it is an eclectic trove of salvage, surplus, closeouts, overruns, misprints, mistakes, spare parts, odd lots, cast-offs, and new and nearly-new items. What artisan could ask for more?

She’s had to take time off from her new hobby—because this year’s Women’s Week has brought a little more mayhem than usual when the Underground Railroad, a tainted legacy, and a murderer all come together and it’s up to Sydney to unravel what’s going on in The Lethal Legacy, the seventh book in the Sydney Riley Provincetown mystery series. But you can be sure that with winter coming, there will be a lot more decorate art projects to occupy the sleuth! 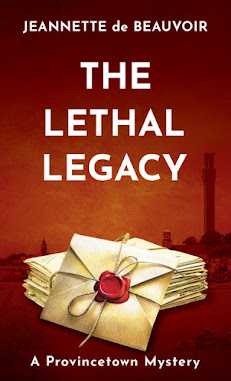 Despite a slew of weddings to coordinate, Sydney Riley refuses to miss the Women’s Community Dinner—the high point of Women’s Week. During the festivities, she meets vocalist Jordan Bellefort, a direct descendant of a fugitive slave whose diaries suggest the Race Point Inn was a stop on the Underground Railroad. Then Jordan’s wife, Reggie, is murdered while Jordan performs onstage before a crowd of adoring fans. When Sydney probes Reggie’s death, she uncovers a tainted legacy that may provide a motive for the killing and place her own life at risk.

The Lethal Legacy explores the past’s influence on the present in a world-famous seaside resort with a rich history of diversity and acceptance. This seventh book in the Provincetown mystery series maintains the masterful blend of gripping suspense and unique characters Sydney Riley readers have come to expect.

So nice to see Sydney doing something besides solving murders! She really *did* need another hobby!

Love it! I can just see Sydney using this new skill to solve her mysteries. Perhaps a mysterious artifact turns up in the crafting? Maybe her mind wanders as she crafts and she has a mystery solving "Eureka!" moment. Only time will tell.

I love that idea, Cathy! (Scribbling furiously in her "Sydney ideas" notebook.....)