Joanie Macneil is an Australian author of contemporary romance. Her novels are a mix of sweet and sexy feel-good stories. Though most are set in Australia, she loves to travel and has set some of her stories in places she’s visited. Learn more about Joanie and her books at her website.

Choosing the right setting for a story

My latest release, Mandraki Magic, is a sweet romance, set in the medieval Old Town on the Greek Island of Rhodes.

Originally, I planned to write the novella with a summer beach theme and a touch of magic as part of an anthology for my writers’ group. When the project folded, I wrote the story anyway.

I wanted to keep the theme, but when the elements of the story wouldn’t gel, I decided to switch location. What better place for romance than the walled Old Town with its many historical gates? Though I’d visited Rhodes a few months prior, I hadn’t previously considered setting my story there.

The colorful and narrow stone streets lined with boutiques, eateries, and other tourist shops provided an ideal setting. The small restaurant where we stopped for lunch offered outdoor seating and an opportunity to relax and soak up the sunshine and atmosphere while observing passers-by. The venue where my major characters worked was based loosely on this restaurant and its location. 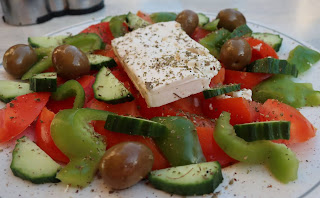 The yummy Greek salad of olives, salad vegetables, and feta cheese was both tasty and healthy. Some patrons were in for a surprise when they ordered jugs of beer. The amber liquid, served in clear glass boots, caused quite a commotion, both for cost and the unusual serving vessel.

I soaked up the local life in that section of the Old Town as I walked further along the street and surrounding areas. Beneath a huge spreading tree, brightly colored macaws perched in wait for admiring tourists. Cats ran from everywhere at the sound of loud banging, nearby traders calling them for dinner. This added to the ambience of the setting for Mandraki Magic.

Character images from Pinterest and my own photos as background helped bring the story and setting to life.

The island of Rhodes is mountainous and rugged with many beautiful, isolated, sandy beaches. Anthony Quinn Beach (or Bay) was named for the actor who featured in the movie Guns of Navarone. Some of the scenes were filmed on Rhodes. Along the coast, the tourist hotels and amusements were closed as the summer was almost over. That seemed premature given the weather was still perfect and warm.

Though there is much to see in the Old Town with its ancient buildings, busy shopping streets and colorful locals, my visit was too short to cover them all.

Maybe one day I’ll return to explore more of the historical sites.

Information on Rhodes can be found at the following sites:

Rhodes has a long and colourful history. The island is also known as The Island of the Knights, named after the Knights of Saint John of Jerusalem, who ruled the island from 1310 to 1522. Historically, Rhodes island was very famous worldwide for the Colossus of Rhodes, one of the Seven Wonders of the Ancient World. The Medieval Old Town of the City of Rhodes has been declared a World Heritage Site.

More of the ancient history of Rhodes can be found here 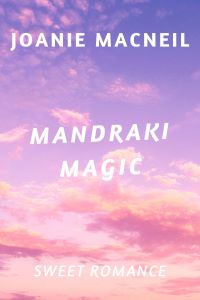 Is Jazzy’s first love the right man for her? Settled in her new life on the Greek Island of Rhodes, her peaceful existence is shattered at the unexpected arrival of her former love. What is Finn's real reason for being on Rhodes?

Madame Aesha, Love Psychic, Palm Reader and Mystical Practitioner helps Jazzy sort through her confused emotions, with a few magical twists along the way, and an unforeseen love interest. But Jazzy is quite capable of making her own decisions about her future.

What a lovely look at Rhodes. I haven't been there yet, but plan to one day. Thanks for the visual!

I'm glad you enjoyed the visuals Mary. There's lots to see in the Old Town and it's worth doing a tour of the island of Rhodes.

The island and the books sound very interesting. I've never been there, but a walled city and an island once called The Island of Knights piques my curiosity.

Hope you get to visit Rhodes one day Diane.