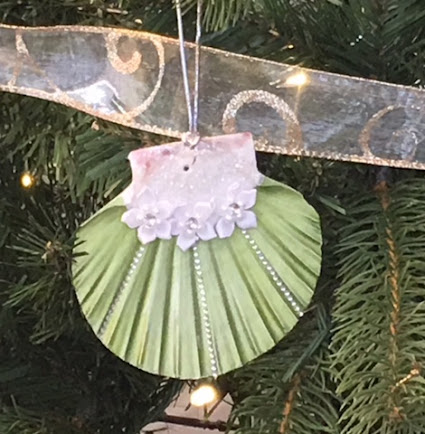 Over the years Ashlyn Chase has been on occasional guest here, both as a romance author and as an author of YA magical realism as Liz Lorow. Today she’s here to talk about her newest Liz Lorow book and announce a major career change. Learn more about Liz at her website.

Live and Let Witch is here! I hadn’t planned on writing this book, but the main character really wanted me to tell her story. Live and Let Witch is book 2 of The Witches You Were Warned About duo. The ebook version of first book, Don’t Mess With This Witch, is currently on sale.

I hope you’ll read one or both books and enjoy the mayhem! 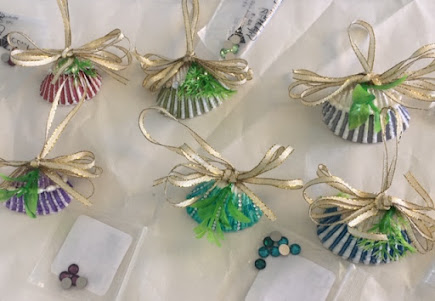 Now, the surprising announcement. This will be my last novel. I am retiring from writing. I’ll need to do something else though, because as much as I love watching HGTV, that won’t keep me occupied for long. I’m someone who needs to do something meaningful, enjoyable, and fulfilling. I love to decorate shells, and since I live right on the Gulf of Mexico, I have an entire treasure trove of shells outside to keep me busy.

Another idea I had was to make book covers for my Indie author friends. My agent even said they’d commission some for their new venture called Ally, an assisted self-publishing option. Their contact info as well as mine can be found on my website. http://eblorow.com  I made both covers for The Witches You Were Warned About books, as well as some for my Ashlyn Chase pen name. I keep my sexy adult romances separate from my young adult fantasies by using two separate names. It’s a lot to keep track of, but I think it’s important to be clear about what you’re buying.

Have a fabulous October! 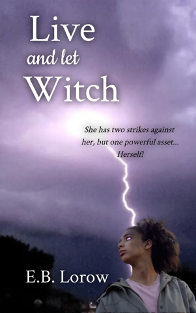 The Witches You Were Warned About, Book 2

Shy Jenika Jones is a witch and an empath. At only 15 years old, she’s already experienced so much trauma she can’t stand any more.  Her PTSD caused her to accidentally electrocute a fellow student, so now she’s serving time in a magical detention center. No wonder she wishes to become an emancipated minor and lead a simple quiet life.

She contacts a spirit willing to help her forge the necessary emancipation documents, if she’ll temporarily switch places with him. Unfortunately, she discovers too late that she’s freed a poltergeist. She manages to escape, but then she has to face the consequences.

Fellow Inmate Patrick Hightower fancies himself a modern day Robin Hood. He steals from the rich and gives to his mom. But when Jenika crashes into his life ‘on the outside,’ he has to help her run from magical bounty hunters. After all, she helped him get through magical juvie. Turns out, Patrick’s good looks, bad jokes, and irreverent attitude, are the breath of fresh air Jenika didn’t know she needed.

Ash - I wished you the best moving forward. I hate to see you go as an author, but exciting things ahead. Your shell art is so beautiful. And making covers will engage your creative side, which it has for years. Keep in touch will all of us - your fans and "fellow" writers.

Ashlyn, your shell ornaments are beautiful. Best of luck in your venture!

Ash/Liz, the shell ornaments are amazing, and the book sounds fascinating. Good luck with your new pursuits! Thanks for sharing all this.

Thank you to my Maine writer friends! You are such wonderful authors and people! I hope top see you around the reader/author circuit!

I adore this series and the decorated shells!!
I'll miss your writing but I'm loving your cover designs!!
Best wishes my friend!