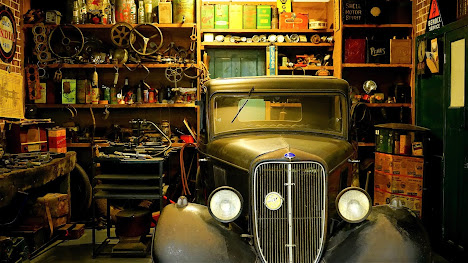 Today we sit down for a chat with cozy mystery author Rosalie Spielman. Originally from a tiny town in the Palouse region of Idaho, as a military brat, veteran, and military spouse, Rosalie has moved more times than she has fingers to count on! She enjoys reading to escape from the real world and hopes to give you the same sense of escape with her stories. Learn more about Rosalie and her books at her website and the Writers Who Kill blog.

I had toyed with the idea of writing for many years, but never felt like I would be capable. Then entered my forties and figured if not now, then when? What was I waiting for?

I started seriously writing with the goal of publication in 2016. My first book was published in 2021, but it was the fifth one written.

Mostly in my office, but sometimes in cafes, the car, in bed (in the middle of the night on my phone!)…pretty much anywhere that the words demand themselves to be written.

I don’t have a preference for silence or not, but I don’t listen to music. I usually have the TV on for “noise” even if it’s just the weather channel. It’s one reason I used to write in coffee shops—the noise. One side of my mind is occupied by whatever is going on around me, leaving the creative side to do its thing.

Since I write murder mysteries, I will not confirm nor deny that I pull my plots from my real life. My characters are usually not based on any specific individual I am acquainted with. Maybe.

I love etymology and I like to have fun with names. I tend to look at foreign roots or names that have other meanings. Like in this book, the murdered man’s name is Auggie Toat. “Tot” in German means “dead.” (And is pronounced toat, not like a tater tot.) Aunt Edna is a Harridan, which is a “strict, bossy or belligerent old woman.”

Just for fun, my old curmudgeonly ladies are The Prunn Sisters—like prunes. And there’s a character named Forrest Sherwood. My editor didn’t comment on that. Lol

On the other hand, my main character is Tessa Treslow—Treslow is a street name I drove past one day. So hers is completely random, but I liked the flow.

My fictional town of New Oslo is based on a real one that was originally settled by Scandinavians, as New Oslo obviously was. My hometown, in fact, and some of my description of the town is accurate to the real place.

Tessa’s grandma, who is deceased, probably has the biggest quirk…she liked to create taxidermy creatures by mixing different ones together and posing them in unlikely poses. Like a raccoon eating Jif or a squirrel in a canoe. A favorite of Tessa’s is Bundeersquirrella, a bunny/squirrel with deer antlers, in a Cinderella dress. Grandma’s creations are all over the Harridan house.

I like…moving. It makes me break out in a cold sweat to imagine living in one house for five years. That’s weird, right?

The Harry Potter books, because I would love to have created a world as immersive and thorough as Rowling did. She didn't just write magic—she made magic.

I wouldn’t mind doing college over again. Study something a little more useful, and study harder but also have more fun… And stay in the dorms. Now I feel like I'm lecturing my college kid!

I worked at a military library once in Germany. The supervisor didn’t like that I was an officer’s wife and made it solely my job to “shelf check” the entire library. Shelf checking is going book by book, making sure they are in order…and in an open and active library, it is literally never ending. Day after day…book after book. Despite it being books, I started applying for other jobs after two weeks.

That’s so hard! That’s like asking which of my kids I love more! I have very fond childhood memories of Little Women and Island of the Blue Dolphins. I love the Harry Potter series. My most recent “book that stuck with me” was 7 1/2 Deaths of Evelyn Hardcastle. I mean, how do you even plot that? How?!

There are two more books coming in the Hometown Mysteries series, and I also write for the multi-author Aloha Lagoon series. I wrote #16, Death Under the Sea, and #18, Death on a Cliff, will be coming in August, and I will be doing two more after that! At least once I figure out more prepositional places for murder.

My publisher, Gemma Halliday Publishing, generously offered to donate a portion of the proceeds of all sales during the release month of Welcome Home to Murder to the veterans charity of my choice. So please buy the book in June and support the Disabled American Veterans, or DAV! 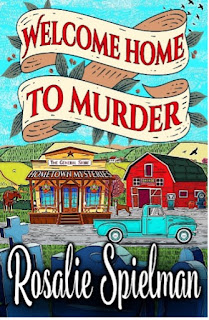 Tessa Treslow never wanted a small-town life. As soon as she graduated high school, she happily escaped her tiny town to join the U.S. Army, leaving New Oslo, Idaho, population 852, firmly behind her. Twenty years later, the hometown hero is finally ready to come back—even if she has just a visit with loved ones in mind while her family is hoping to convince her to stay for good.

With her fawn Boxer dog, Vince, in tow, Tessa falls into the unsettlingly familiar small-town life, helping out in her family's general store and her feisty Aunt Edna's auto body shop. But her peaceful homecoming is suddenly shattered when the dead body of a crooked con man turns up in her aunt's shop, and the police have some serious questions for the family. To make matters worse, the sheriff in charge just happens to be Tessa's ex-boyfriend... and things did not end well between them all those years ago. When it comes out that the con man was trying to get his hands on the family business, Tessa knows they're in trouble.

With her family in danger of being dragged away in handcuffs, Tessa becomes a woman on a mission to find the con man's killer. Between a slew of suspects, a meandering moose, and a handsome newcomer with his eye on Tessa, she has her work cut out for her. But when the killer changes tactics—putting everything her family holds dear in jeopardy—Tessa begins to realize what home really means to her. Can she be the hero for her hometown once again... before it's too late?

Posted by ANASTASIA POLLACK at Wednesday, May 18, 2022

Thank you for having me!

Love the interview! I feel like I know you better now.

Well, thank you…person who has known me for 48 years! 😂