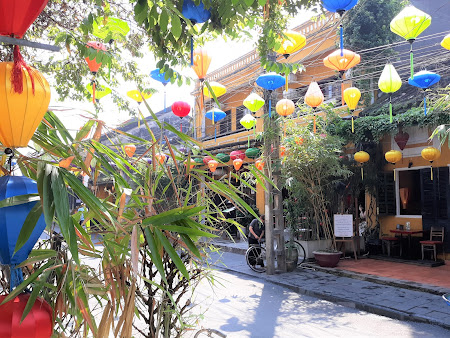 Nancy Nau Sullivan's Mission Improbable: Vietnam is the third installment in the Blanche Murninghan mystery series—the first, Saving Tuna Street was nominated for best mystery, 2020, at Foreword Reviews. Nancy, a former newspaper journalist, taught English in Mexico, Argentina, and at a boys' prison. Learn more about Nancy and her books at her website where you can also find links to her at various social media sites.

My characters are a mix of people I've read about or seen on the screen—and know personally—with a great deal of imagination thrown in.

This week, I was reminded of how remote this dive into imagination can go—I turned on the television one early morning, and there was The Lone Ranger. I'd watched this show every day as a twelve-year-old, and now here was the masked man with Tonto riding away before my eyes more than fifty years later. Did they have anything to do with my Blanche Murninghan, a do-gooder mystery sleuth, and her sister-cousin, Haasi Hakla, a Miccosukee Indian? Oh well, I'd never thought of it until now. Blanche is on to her third adventure – this time in Vietnam.

Creating characters is awfully fun, and strange, and while each book has at least half a dozen saints and troublemakers, there always seems to be one who emerges as my favorite—the one who is allowed to say and do the craziest stuff.

And he's no “stick.” Walter Winchell “Stick” Dahlkamp is a hulk of an Army vet who stayed behind in Vietnam and opened a bar called “The Follies,” so named for the erstwhile news conferences that falsely reported the casualty of war. It's Blanche Murninghan's great luck to happen upon him in Saigon as she and her friend Jean are on a hunt to find Jean's mother. (Haasi stayed home for this one.) The search is the crux of the third installment in the Blanche Murninghan mystery series, Mission Improbable: Vietnam, now available for preorder.

I had a lot of fun inventing Stick. Firstly, I couldn't plop Blanche down in Vietnam without some sort of compass to solve her problem. Enter Stick. Blanche and Jean meet up with him at The Follies one night, and he gamely offers to aid in the search for Jean's mom. And so the adventure ramps up. Stick has a super-duper motorcycle, and he knows his way around Saigon and a rice paddy or two. He's also friends with a cast of Vietnamese—which aids in Blanche and Jean's search. In addition to helping Jean, Blanche is determined to find out the truth about what happened to her father during the Vietnam War. He is MIA.

In the invention of Stick, I drew upon my three brothers and four sons. They have college degrees and professions (business owners and managers and salesmen, one's a doctor and some have military backgrounds). And they're funny, profane, and good natured, for the most part. Stick's attention to getting business done and his do-right philosophy are based on my guys. But I have to admit, the real capper on this character comes from my love of Skink and Clete.

Skink is a Florida ex-governor who runs away and lives in the Everglades, subsisting on roadkill and righteousness. He's the invention of Carl Hiaasen, my go-to, all-time favorite Florida writer. Clete is James Lee Burke's crazed NOLA character, an ex-con who doesn't stand for the shenanigans of lowlifes, especially when they meddle with his bestie, Dave Robicheaux, an ex-cop, recovering-alcoholic good guy. Clete is not above putting sugar in the fuel tank of a bad man's airplane to exact revenge and save the day. There is something compelling in honor among thieves and rascals.

I will not say good-bye to Stick with “The End” of Mission Improbable: Vietnam. I like him too much. I will have to figure out a way to bring him back into Blanche's life on Santa Maria Island. Stick loves the water, beer, and surfing. Good-bye, Saigon—at least for a while—and, hello, Florida? Here comes Stick. 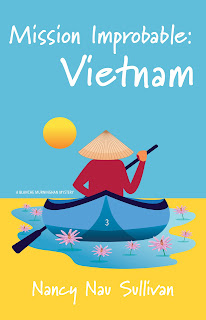 Blanche “Bang” Murninghan is sitting on the dock of the Peel ‘n Eat Pier on Santa Maria Island, sipping an excellent draft. She doesn’t see the woman eyeing her—not until she appears at Blanche’s side and forever disrupts Blanche’s peaceful idyll in this quiet Gulf coast town. Blanche's reputation as an amateur sleuth has gotten around...

The woman is Jean McMahon, the daughter of an American soldier and a wealthy Vietnamese beauty. Jean needs Blanche's “determination.” Will Blanche go to Vietnam and help Jean look for her mother? The request hits Blanche hard. Her father was killed in Vietnam, and she’s never gotten over it.

In Ho Chi Minh City (Saigon), Blanche and Jean meet ex-pat “Stick” Dahlkamp. The adventure ramps up. They board Stick's motorcycle and cross rice paddies, the old stomping grounds for Stick, a former Ninth Infantry Division Riverine and now owner of The Follies, a popular bar in Saigon. He’s got friends in jungle towns who might help, and indeed they do. And don’t. Shady characters keep hampering the search, and Blanche can't figure why.

They race on—to all the places Jean's mother met Hank McMahon, a former infantryman. Blanche is wondering if things will get better – now that they've gotten worse. But her stubbornness beats down the door. She is helping Jean, and she's following her father’s trail. He left without a trace. Or did he?

WOW, Nancy, a book set in Vietnam. Have you been there? If you haven't, how did you write the settings? Your settings are always very well written. I always feel like I'm in the book, not reading the book.