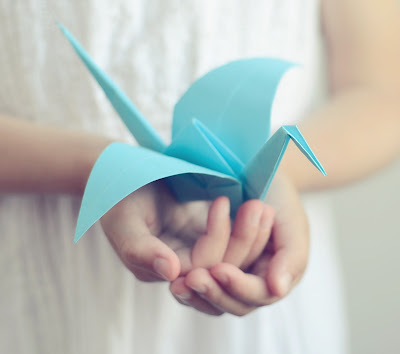 Angela Greenman is an internationally recognized communications professional. She has been an expert and lecturer with the International Atomic Energy Agency for over a decade, a spokesperson for the US Nuclear Regulatory Commission, and a press officer for the Chicago Commission on Human Relations, the City’s civil rights department. She has traveled the world (21 countries and counting) and now her imagination is devising plots for future novels that will feature more of the exciting places she has been. Learn more about Angela and her books at her website.

In my thriller, The Child Riddler, recently orphaned nine-year-old Leah, is the only one who knows the riddle holding the code to unleash the most lethal weapon on earth—the first-ever “invisibility” nanoweapon, a cloaking spider bot. Elite operative Zoe (a female James Bond) is sent to abduct Leah and coax the code from her, but soon finds herself racing to save the child from terrorists who also want the code.

Zoe is single and childless, so she is perplexed as to how to bond with the bright, frightened child. Knowing Leah likes riddles, Zoe memorizes some and through their riddle exchange is able to get the child to talk to her. But then Leah shuts down and Zoe must find something else they can share and discuss.

Detail-oriented Leah likes things organized and neat. Zoe realizes these personality traits are perfect for origami, the Japanese paper-folding art. Zoe is skilled at this craft and suggests they make a star in honor of the child’s deceased mother. They go on to make a flapping bird for Leah’s father, and a dragon. I don’t want to tell you more for fear of spoiling the story for you. But I can share that origami plays a role in revealing the code and keeping the weapon out of terrorists’ hands—thus saving the world!

Origami also helped heal some of the heartache that poor Leah was suffering. The star and flapping bird, real objects she could keep with her and look at before falling asleep, became Leah’s link to her dead parents. It was as if her parents were beside her, tucking her in. It’s not surprising that a child would find something so personal in this craft: children and origami are linked in its history.

About 1880, Japan started teaching origami in kindergartens and elementary schools and the craft grew in popularity. Paper folding had been used in various cultures for different purposes, but the Japanese made it an art. The word origami—from the Japanese words oru (to fold) and kami (paper)—came to describe the paper-folding craft.

Although I’m impressed by those who have mastered this art, and while I gave it an important role in the story, I have never done origami! As an author I normally try the activities that my characters do so I can better describe their subtleties and make the scenes more vivid and real, but I didn’t do this with origami. I knew about the craft as my brother did quite a bit of origami when we were growing up. I was in awe of his patience, his precision, and his creations, but for some reason I never tried to learn it. I’m detail-oriented and precise with words, but I know myself too well. I can’t draw a straight line, literally—I can’t cut straight with scissors, or hang pictures that aren’t crooked. Origami and I were not made for each other. But I admire the delicate, exquisite forms that result from this art.

I can’t explain how my mind pulled up that childhood memory of my brother’s origami, but I am grateful that it did. Art—in whatever shape or form—unites and heals. And the world needs this so much. Even though The Child Riddler is an action-packed thriller, I’m happy that the muse guided me to write heartfelt scenes of a grief-stricken child finding solace through this art. Sometimes what is meaningful is something small and fragile, designed to be held gently in your hands—like a paper bird.

Despite the angry scars she carries from her childhood training, Zoe Lorel has reached a good place in her life. She has her dream job as an elite operative in an international spy agency and she’s found her one true love. Her world is mostly perfect—until she is sent to abduct a nine-year-old girl.

The girl is the only one who knows the riddle that holds the code to unleash the most lethal weapon on earth—the first ever “invisibility” nanoweapon, a cloaking spider bot. But Zoe’s agency isn’t the only one after the child. And when enemies reveal the invisibility weapon’s existence to underground arms dealers, every government and terrorist organization in the world want to find that little girl.

Zoe races to save not only the child she has grown to care about, but also herself. The agency prescribed pills—the ones that transform her into the icy killer she must become to survive—are beginning to threaten her engagement to the one person who brings her happiness. Can she protect the young girl and still protect the one thing she cares more about than anything else?