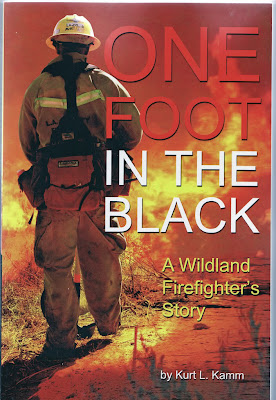 Award-winning author Kurt Kamm has used his experience in several devastating local wildfires and attendance at CalFire and Los Angeles County Fire Department academies to write novels about the lives of firefighters and paramedics. Visit his website for more about him, along with additional firefighting details and some stunning pictures.
Kurt is offering a copy of each of his three books -- Code Blood, Red Flag Warning, and One Foot in the Black -- to one lucky reader who posts a comment to the blog this week. Don’t forget to check back on Sunday to see if you’re the winner. -- AP 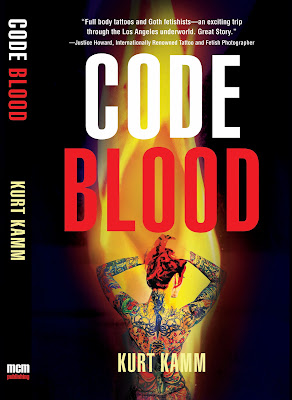 What is a Nike Missile?
When I moved to Malibu in 2005, one of the first things I saw was a Los Angeles County Fire helicopter landing on the lawn of Pepperdine University. As I watched, several firefighters, dressed in full wildland gear, stepped out. Their craft was a Blackhawk attack helicopter, modified for firefighting use. It is an impressive and awesome helicopter, and carries a 1,100-gallon water tank for aerial drops.
After seeing the men on this "bird," as the firefighters refer to their helicopters, I thought it would be fascinating to write a novel about the life of one of these "helitack" firefighters. I learned that in the hills of Malibu, Los Angeles County Fire Department maintains Fire Suppression Camp 8, one the helitack camps. I was allowed to attend the 4-week recruit training academy, and the result was my novel about wildland firefighters, One Foot in the Black.

"One foot in the black" is a position on the wildland fire line which is next to an area already burned ("the black.”) It is at once the most dangerous place, usually close to the flames, and the safest place, a zone into which escape is possible. 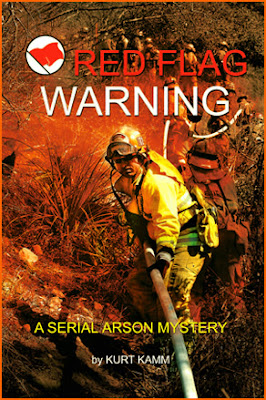 In the story, Greg Kowalski, a new recruit arrives at the training academy. Jerry Dunham, an Engineer at the Camp, greets Greg and says, "C'mon, I'll give you a quick tour. Know anything about this place?"
Greg answers, "No."
Dunham tells him, "It was a Nike launch facility, built in the fifties."
Greg responds, “The only Nike I ever heard of is the shoe.”
Few people today remember the Nike missile and the related launch facilities. Many people living in Los Angeles, as well as other cities, have no idea these sites ever existed, and that some of them are still intact.
After WWII, as the Cold War began, the U.S. was worried about its air defenses and embarked on building a surface to air missile system. This system was regarded as the final line of protection, if all else should fail, and was incorporated into NORAD (North American Air Defense Command.)
Beginning in 1953, Nike missiles were deployed at 250 sites around several cities and strategic locations. There was great controversy, since most communities did not want the missile sites in their backyards. In many cases, the U.S. was forced to take legal action before it could construct the sites.
The missile was named after Nike, the Greek goddess of victory. The early version, the Nike-Ajax had high-explosive fragmentation warheads. The later version, the Nike-Hercules, was a 27-foot missile, which carried nuclear warheads. There were six sites around Los Angeles. They were manned by Army troops (not Air Force) and were heavily guarded. No Nike missiles were ever fired from sites in the U.S.
In 1974, after signing the Strategic Arms Limitation Treaty (SALT) with the USSR, the Nike sites were decommissioned. In the Los Angeles area, these sites were given to the County for use as fire camps.
Today the remnants of the site at Camp 8 in Malibu are still evident. Eighteen missiles were stored in underground silos protected by five-foot thick cement walls. Hydraulic platforms lifted the missiles into launch position. Camp 8 now uses one of these bunkers as a woodworking shop and lowers plywood up and down on the launch platform.
The old Army barracks, mess hall and offices are still used by the fire crews for the same purposes. Some of the kennels for the guard dogs, German Shepherds, are still intact. One dog's name, Thor, is still visible above his kennel. Warning signs with peeling paint can still be seen.
The Superintendent of Camp 8 has a hand written letter from one of the Nike launch officers stationed there. It ends as follows:
“When we turned the base over to Captain Zimmerman, I knew it was going to good hands. I cannot think of a finer organization than the Los Angeles County Fire Department, its officers and its crews of Fire Camp 8”
Thanks for visiting with us today, Kurt. Readers, if you’d like a chance to win copies of Kurt’s three books, post a comment to the blog, and don’t forget to check back on Sunday to find out if you’re the winner. -- AP
Posted by ANASTASIA POLLACK at Thursday, February 16, 2012

I love firefighting books and firefighters. Always good to read one by someone whose actually done it.
cmr

That would be who's actually done it. Ack!

There was a Nike base in nearby Edison NJ south of the old Hadley Airport. As kids, we'd go by there on Sunday afternoons to watch the planes take off and land and see those bright white dangerous looking missiles poised to defend us from the Russkis. They made us feel "safe", just like ducking under our desks did.

I don't think this generation has any idea how close we were to being attacked during "the cold war". It was especially enlightening when Cuba was being helped by the Russians to set up nuclear missiles aimed at the USA. Thanks for the history lesson. Firefighters have a very dangerous job, but one of the most necessary ones.Look forward to reading your books.

We have a firefighter in the family who has done a lot of forest fire work. Dangerous, that. Just as any firefighting is. I look forward to reading these books.

After I learned about the Nike site in Malibu, I began checking around and found that there were several in Los Angeles alone. I guess compared to today's precise missile technology, it was all very crude in the '50's. Its a bit disconcerting to find these old sites right in the middle of populated areas.

If you read one of my books, please send me feedback through my website. Stay safe.

I live in small town in Kansas and was told growing up-Kansas would be the perfect target of choice for foreign enemies, because we are smack middle in the US. Almost every trucking company, railroad comes through our state. I’m sure we have some missiles here.

In the eighties the government built a nuclear power plant. They sold it to surrounding townships as a way to conserve energy and we’d get a break on our electric bills. The towns did get a break for about two years, now they are just as high as everyone else’s.

I have been trained as an emergency responder in case we should ever have a meltdown. My town is about 90 miles the nuclear site. And seven years ago, our governor visited our small town because we were the first to build an ethanol plant, in our state.

Our fire department is all volunteers who get paid five dollars for in- town fires and ten for out of town fires. They not only do fires, but help with car wrecks, search and rescue, pretty much everything.

I have the utmost respect for these gentlemen who get paid so little and do so much for their communities.

Your books sound interesting and exciting.

Thanks to my little sister, who woke my Dad telling him 'it was foggy in here', and some wonderful and speedy firefighters, who arrived as Mom was sending us out the bedroom window, I've lived past the age of 13.

I took my Senior Girl Scout troop camping at the old Fort Handcock base on Sandy Hook, NJ. Who knew the trip would turn into a history lesson on the Cold War and Nike missiles. The girl had no clue what the missiles were but became very interested upon seeing two of them. It was a great weekend, and quiet a leaning experience,...except for the sunburn.

Kim,
In my townin NJ, we have what used to be a stockpile site for the army so we have no idea what is in there. And we have a propane manufacturing plant. Very good safety record, but they built houses near it. I would never live that close.
Oh and in terms of firefighters, I'm married to a volunteer one.

What a fascinating history and interesting books. Thanks for the chance to have them.

This series sounds so good. My interest in fire fighting has increase a great deal after experiencing the devastating fires we had here in central Texas this past September. The work the the fire fighters did was truly phenomenal and they are certainly our local heros! Thanks for the great post.

I have to say, the volunteer firefighters have a tough job. First, it isn't their day job. Second, as sincere and diligent as they are, they don't get the training that the big city firefighters get., They drill on something every day. Last, sometimes the volunteers have an incredible responsibility to protect life and property, while undertrained, undermanned, and under paid.
Hoorah to you guys.

I enjoyed reading your blog about Nike missiles. Your books sound really good, and it sounds like you've done a great deal of research. Please enter me in the drawing!

Kurt's books definitely give the insider perspective and are fascinating even if you have no close association with firefighters. The characters are well drawn and real. Chris Redding, no surprise to see you here, LOL! Write on, Kurt!