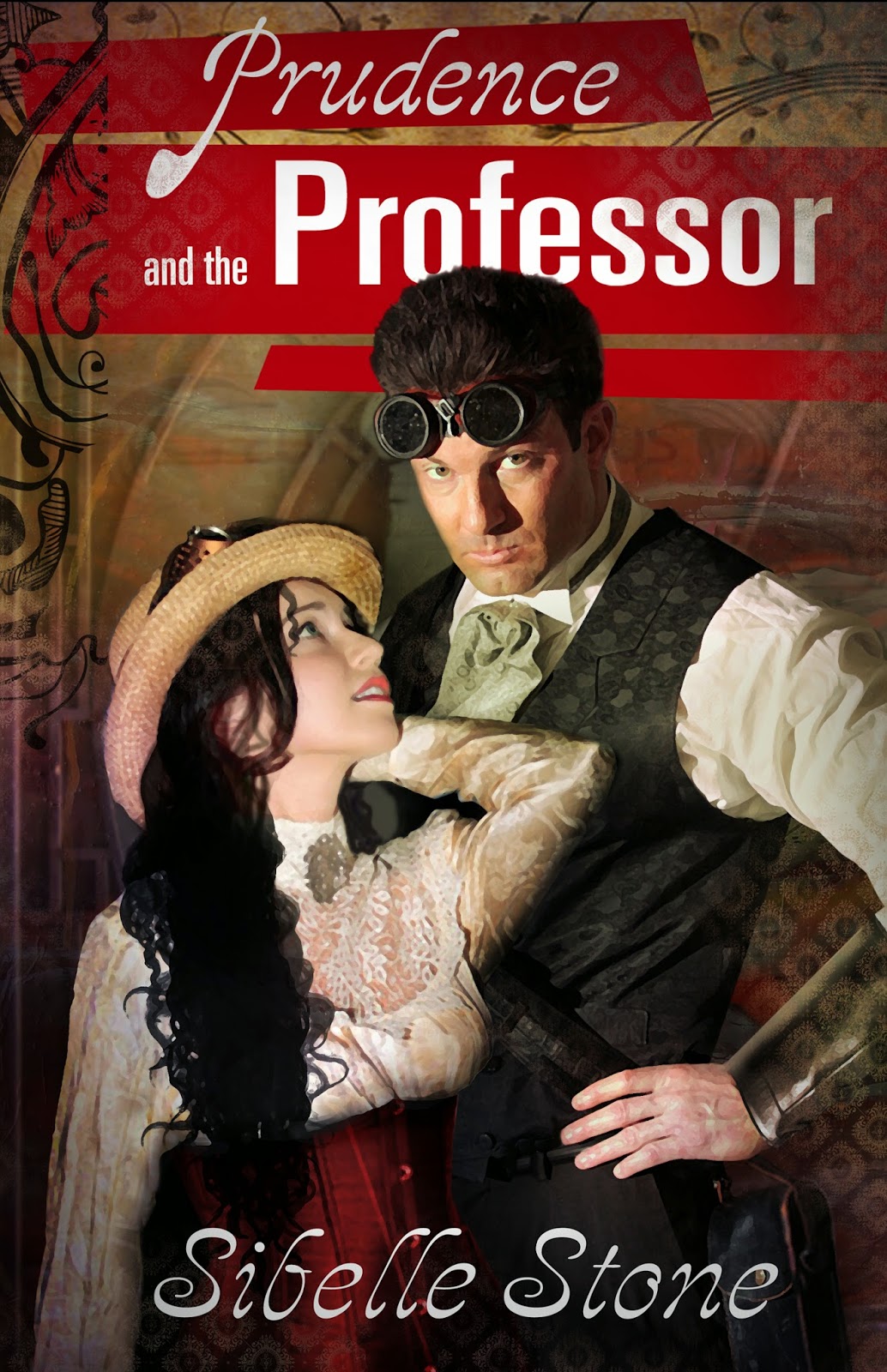 Sibelle Stone is the pseudonym for award-winning romance author Deborah Schneider. As Deborah she writes Western and Americana romance novels. As Sibelle Stone she writes historical romance with paranormal elements, (things like magic, witches and evil Druids) and Steampunk with incredible machines. It’s the same person, but with two different sides.Deborah is employed by one of the busiest libraries in the country in a job that involves arranging programs with authors, storytellers, musicians, dancers and jugglers. Sibelle is independently wealthy and therefore doesn’t have a day job. She enjoys reading books, but likes writing them even more. She prefers wearing costumes that include amazing hats. Learn more about Sibelle at her website.

Thank you to Anastasia for inviting me to be a guest on her blog. I love books, crafts and writing, so it’s a great place to visit.

My first full length Steampunk romance, Prudence and the Professor, has been published. I’ve been working on this book for several years, as I took breaks to write and publish other stories. But, Prudence and Gerritt (the Professor ) kept pulling me back to their story. I simply couldn’t shut their voices in my head up.

I need to confess a secret. I love Steampunk. I haven’t discarded my intense attraction to writing Western romance, but Prudence and the Professor morphed into a strange combination of Victorian age, alternate history with fantasy elements set in the Civil War era of the American West. 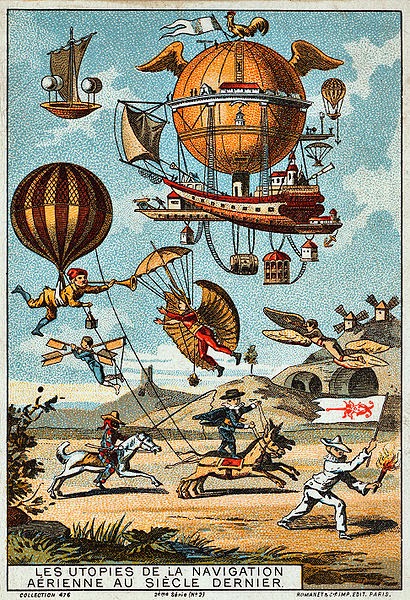 What’s Steampunk? It’s a sub-genre of fantasy and speculative fiction, sometimes also called science fiction. It is set in a world where steam power is still widely used—usually the 19th century.

Often, when I’ve heard people search for a quick shorthand for defining the genre, they say, “Wild, Wild West” is Steampunk. Both the movie and the television series clearly illustrate the elements found in a Steampunk. And both are set in the American West.

When I first discovered Steampunk, I was attracted to the reference to the Victorian era. Most of the books I’ve written have a setting between 1848 and 1888. I love the clothing, lifestyle and proper rules and etiquette of that age. When I’ve set my books, although they are in Montana, they are also clearly in the mid-19th century. So when I heard about a sub-genre of literature and an artistic movement that included fashion, music, and other elements that focused on the era, I was fascinated.

So how do Westerns fit into this technological age of steam? Easily, I think. Consider that the Victorian era coincided with the exploration and settlement of the West. There are so many possibilities for creating stories that are set in the wild, unexplored wilderness beyond the Mississippi. With Steampunk, a writer has the freedom to rewrite history, to include magic, technology and a fantastical world all in the same work. The possibilities are endless, and they excite me.

I chose a mining town in Montana Territory in 1863 because the Civil War actually opened up opportunities for invention. The Industrial Revolution was already taking place in the United States, and the war meant more inventors applying for patents.

Of course, I take my story beyond the typical inventions of the time to include Mechos, arc guns and cannons and even a sky ship. After all, what’s the fun of writing a Steampunk book if you can’t play with all the fun elements?

Prudence and the Professor
In this rollicking steampunk romance from an award-winning author, a Civil War widow travels to Montana territory in search of adventure and independence. She takes a position as a personal secretary to an eccentric inventor. The handsome professor is not what she expected, and while he’s drawn to the raven haired beauty he must develop his newest invention to meet a critical deadline that could change the course of the War-Between-the-States.

Sounds like a really fun book! I'm just developing my interest in steampunk romances. I've read a few books, and I love the inter-marrying of Victorian with technology. :-)

Deb aka Sibelle - I'm off to buy the book and I LOVE the cover. Steampunk rocks!

Hi Angel,
Thanks for stopping by. I first discovered steampunk by attending Steamcon in the Seattle area. I felt like I'd finally found my tribe. People who loved the Victorian era, weird stuff and DRESSING up! It's a lot of fun to read and to write.

Excellent post, Sibille. I love your chosen time period - and Montana - so your novel went to the top of my TBR book list. Much continued success!

Thanks Deborah. Please let me know what you think. This is a new writing adventure for me, and I appreciate honest reviews.