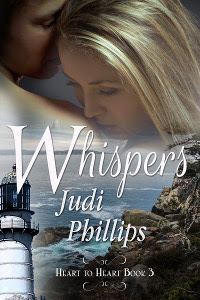 Today we’re joined by author Judi Phillips, here to talk about the re-release of some of her older books. Learn more about Judi and all her books at her website and blog.

Thank you, Anastasia, for inviting me to your blog. I appreciate the opportunity. Really enjoy your books, by the way. (Anastasia offer a huge cyber-grin and says, “Thank you!”)

A bit about me. I grew up in Maine, lived for a few years in Chicago, Illinois and Racine, Wisconsin, then moved to the Twin Cities, St. Paul/Minneapolis, and lived there for 30 years. Deciding I wanted a quieter life, I moved back to a small town in Maine. And then, The Winter of 2014 struck. Too much snow and too much cold! So, I moved to Albuquerque, New Mexico, a block away from my son's family. I now get to see my grandchildren most days. Lovin' living in the Southwest.

In February I re-released Secrets, the first book in the Heart to Heat series. It was originally published back in 2002 and written even earlier than that. Needless to say, it needed a bit of updating--as at one point the hero was looking for a phone booth. Remember those? I got the rights back from my publisher, added a couple of scenes, had it re-edited and got a gorgeous new cover.

I got the idea for the story when I was visiting my parents and their camp down around Machias, Maine, sometime in the mid '90s. We were driving back from downtown, passed a house, and Dad commented that so-and-so had been shooting at another guy for messing around with his bait box for lobstering. The idea rumbled around in the back of my head for a while before I actually started writing.

When, Gregg Hollister, a Department of Marine Resources agent, arrives in Robyn Cushman’s hometown of Tide Rock, Maine, undercover, to investigate a growing problem among the lobstermen, there's bound to be trouble. Especially since Robyn’s brother is Gregg's main suspect, and he thinks small towns are boring backwaters.

I released Whispers in June, the third book in the Heart to Heat series. When Nikki revealed her secret in Secrets, she informed me I needed to tell her story. There were reasons for what she did. Whispers takes place a dozen years after Secrets. It's a reunion, secret baby book (the one trope I vowed I'd never write). I have referred to it over the years as my banker chick, Italian stallion, secret baby, conniving bad guy story. Pretty much sums it up.

I am busy preparing to re-release Ghost of a Chance, first in the Chances Are … series, and Taking a Chance, second in the series, will follow close on it's heels.

Nikki Cushman is the new interim President of a small credit union in Portland, Maine. She knows there's bound to be trouble when she discovers Tony D'Angelo is assigned to handle the transition audit. He does not know he is the father of her twelve-year old daughter, Angie. They are forced to work together to investigate issues with some fraudulent accounts. When threats are directed at Nikki and Angie, can Tony and Nikki listen to the whispers in their hearts?

Enjoyed the interview, Judi. Whispers sounds like a great read.