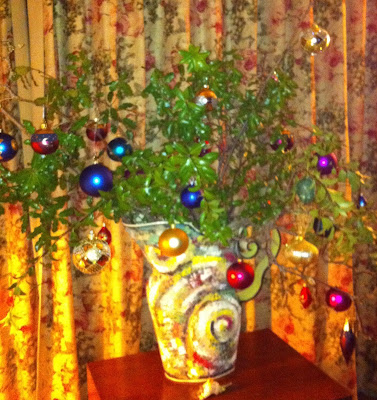 Terry Shames is the author of the award-winning Samuel Craddock series. Her latest, A Reckoning in the Back Country comes out January 9 and is available for pre-order now. Learn more about Terry and her books at her website.

I know, I know New Year’s resolutions are a sucker’s pastime. You know you aren’t going to do what you say you’re going to do, so why bother? You may start out well, determined to:

-lose x pounds (you fill in the number)
-be nice to your neighbor, even when his dog….well, you know
-clean out your closets
-write a zillion words a day
-clean off your desk
-start developing that idea for a book that you know will be “the one”

Any of those sound familiar? Sure they do. And so do your excuses for not doing them. (My dog ate my manuscript doesn’t count!)

But I contend that it isn’t the completion of the resolution that’s important; it’s the making of them. Every year thinking of resolutions makes me take stock of where I am versus where I want to be.

Here are the things I managed to do:

-I didn’t write as many words as I wanted, but wrote a book, and it comes out January 9.
-I wrote the first draft of another book
-I decided to let the past fall away and be friendly to our neighbors. It paid off. We are cordial.
-I didn’t lose 15 pounds, but I lost 5.
-I cleaned out my desk—several times.

As for cleaning out my closet, that’s one resolution from last year that turned out well, and that I think has meaning in other areas, but not for obvious reasons. A little background: When I’m flustered or feeling unattractive or in a big hurry, I sometimes start getting dressed and before I know it half the things in my closet are on the floor, while I try in vain for just the right thing to wear (sound familiar?) I realized that every time this happened I was trying on the same things again and again and rejecting them. Thus my idea: If I tried on something and rejected it, I had to get rid of it. There were exceptions: I could have a “trial try on.” For example, if I wasn’t sure a sweater was the right color to wear with a pair of slacks I wanted to wear, I could try on a couple of different things.

I can’t tell you how much this helped. Instead of flinging on things that I hated, it made me really think about what I was going to wear….and then wear it. Otherwise, it was gone. In the end it saved me a lot of time and I got rid of some things I truly disliked and wondered why I had ever purchased. This allowed me a way to acknowledge my purchasing mistakes and move on.

And that seems like a pretty good way of looking at my writing: maybe that book I started wasn’t such a good idea after all. I tried it on, and it doesn’t “look good.” Maybe it needs to be thrown out. Or maybe I just need to modify it. Either way will work to clean out the clutter.

I’ll be making resolutions again this year—some that will make a difference, and others that I’ll “forget.” I’d like to know what resolutions others have made in the past that meant something—and which ones do you make year after year and never seem to keep?

In keeping with one of my resolutions this year, to be better at promoting my books, here’s something to tantalize you about A Reckoning in the Back Country, which comes out January 9: read it to find how Samuel Craddock gets a puppy. And to find out how his love life takes a dramatic turn.

Also, one of my resolutions last year was to update my website. I just squeaked in under the wire. Have a look. www.Terryshames.com 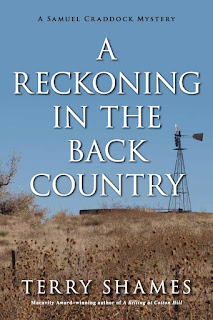 Reckoning in the Back Country, A Samuel Craddock Mystery
Acting Police Chief Samuel Craddock investigates the murder of a visiting physician, whose mangled body is found in the woods.

When Lewis Wilkins, a physician with a vacation home in Jarrett Creek, is attacked by vicious dogs, and several pet dogs in the area around Jarrett Creek disappear, Police Chief Samuel Craddock suspects that a dog fighting ring is operating in his territory. He has to tread carefully in his investigation, since lawmen who meddle in dog fighting put their lives at risk. The investigation is hampered because Wilkins is not a local.

Craddock’s focus on the investigation is thrown off by the appearance of a new woman in his life, as well as his accidental acquisition of a puppy.

Digging deeper, Craddock discovers that the public face Wilkins presented was at odds with his private actions. A terrible mistake led to his disgrace as a physician, and far from being a stranger, he has ongoing acquaintances with a number of county residents who play fast and loose with the law.

Great post! I always have a bag in my closet and if I try something on many times and never put it on, in it goes for charity clothes drive. Someone once said that every season they turn their hangers the other way around. At the end of the season, any hangers still turned around mean the clothes have not been worn and then have to go!
Congrats on your new book and writing another. All the best in 2018.

Hi Terry (and thanks to Lois for featuring Terry today) -- Resolutions are always such an interesting exercise in what we want to do in the future compared to what we've done in the past. I especially identified with your closet dilemma. I've been trying to make myself get rid of stuff for two years now, and my record is dismal.

Judy, I should definitely have a bag in my closet. Instead, I make a big "haul" every so often.

Patricia, I agree. It seems the same resolutions pop up for me most years, but every now and then a new one slips in. I think this may be that year!