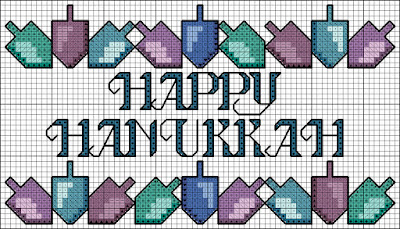 Every few weeks during the last few months I’ve been showcasing craft projects for glass ball ornaments that are featured in Drop Dead Ornaments, the latest Anastasia Pollack Crafting Mystery. Today I offer you a cross stitch project perfect for another December holiday—Hanukkah, which this year begins next week.

Hanukkah is the Festival of Lights. It’s an eight-day celebration that commemorates the rededication of the Second Temple of Jerusalem in the second century B.C. after the Jewish people, led by Judah Maccabee, rose up against their Syrian oppressors and drove them out of Jerusalem. According to legend, even though there was only enough oil to keep the temple’s menorah burning for one day, the candles continued to burn for eight days.

The cross stitch design features a dreidle border. The dreidle, a four-sided spinning top, is a traditional game played during Hanukkah. 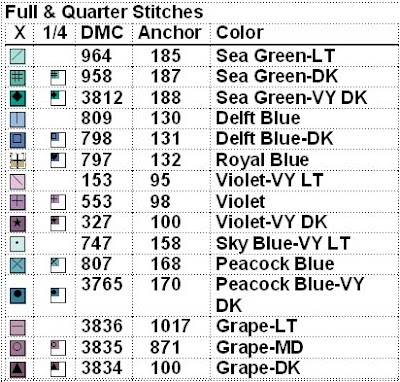