ANOTHER CRAFTING SLEUTH--THIS ONE BY AUTHOR JOANNA CAMPBELL SLAN 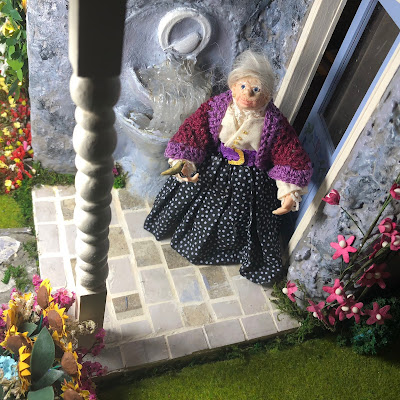 (We don't generally post new blogs on weekends, but we just couldn't turn down a request for a spot by the author of a fellow crafting sleuth, and the weekend was all we had available.)

National bestselling author Joanna Campbell Slan has had five stories in the New York Times’ Bestselling Chicken Soup for the Soul series. She’s also won the Daphne du Maurier Award of Excellence for Literary Fiction. The author of nearly 40 books, Joanna lives on Jupiter Island in Florida. Learn more about her and her books at her website.

The four female characters in my Second Chance Series hope for a second chance at love and life. MJ Austin, Skye Blue, and Honora McAfee all work for Cara Mia Delgatto in a store called The Treasure Chest, a décor shop that features upcycled, recycled, and repurposed goods. Because Cara Mia has a very tight budget, she and her employees are always looking for ways to turn simple items into desirable, one-of-a- kind pieces of merchandise. For me as an author that adds a fun challenge to each of my books, since I have to come up with cool trash-to-treasure ideas as well.

For example, later this week I’ll be decorating a Christmas tree made from pieces of driftwood I found on the beach. A friend drilled a hole through the pieces and threaded them onto a dowel, putting the large pieces of wood at the bottom and the smaller ones at the top. I plan to hang empty quail’s eggshells from the limbs, along with garlands of paper beads and ornaments of seashells. These are all items that Cara Mia might sell in her store.

My biggest creative project this year has been a dollhouse for the annual Creatin’ Contest run by Miniatures.com. I’ve been working on my entry for nearly a year. Not surprisingly, Honora is also a miniaturist. Like me, she creates one-of-a-kind dollhouses. Both of us make all the pieces for our house s by hand, including any dolls we use.

Here’s a picture of Amelia T. Byrd, the owner of the dollhouse I’ve made. She’s only five inches tall. I sculpted her from clay. Her hair came from a lock of my dog’s tail. (No animals were hurt while making this project. I promise!) Can you see the tiny bird perched on her finger?

If you like reading about women’s friendships, if you like a sweet romance along with your mysteries, and if you like crafts, I think you’ll enjoy my Second Chance Series. Right now I’ve put Book #1—Second Chance at Love—on sale for only 99 cents. Since the series is set in Florida, it might just be the perfect mental escape you’ll need this holiday season. 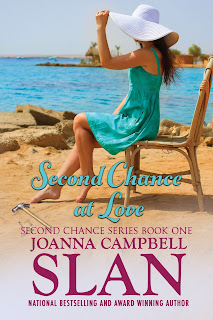 Second Chance at Love
(Previously published as Tear Down and Die, Book #1 in the Cara Mia Delgatto Mystery Series)

At sixteen while on vacation in Florida, Cara Mia Delgatto lost her heart to Cooper Rivers. But her interfering parents didn’t approve. They moved Cara away from the Sunshine State and cut off all communication between the two young lovers.

In an act of rebellion, Cara makes a nearly fatal mistake—and almost destroys both her family and their business. To make up for her rash behavior, Cara spends the next twenty years of her life being “a good girl,” working in her family restaurant.

When her parents die within six months of each other, Cara decides to take a road trip and visit her son at University of Miami. On a whim, she buys a vacant building in Florida and opens a trash-to-treasure décor store. She believes with all her heart in second chances…but then Cooper Rivers walks back into her life. Can Cara and Cooper rekindle the love they felt that magic summer so long ago?