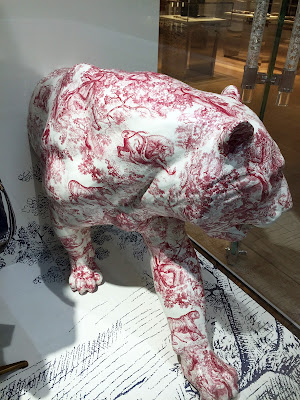 It’s the time of the year when stores bring out all the stops to outdo each other coming up with eye-popping window displays. No place does this better than the department stores and shops that dot Fifth Avenue and Madison Avenue in Manhattan. But many of those same stores also have branches at the Mall at Short Hills, the same mall where I reluctantly took part in a sting to catch a killer in AssaultWith a Deadly Glue Gun. 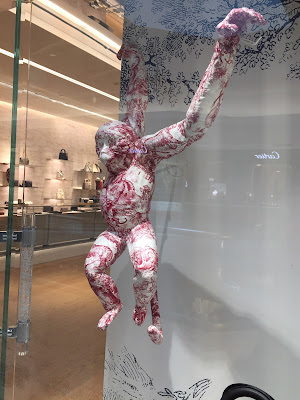 On a recent trip to the mall I came across some window displays that left me rolling my eyes and scratching my head at these decidedly un-Christmasy decorations. 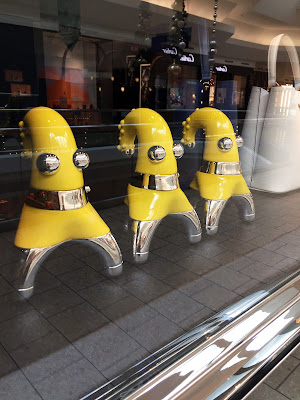 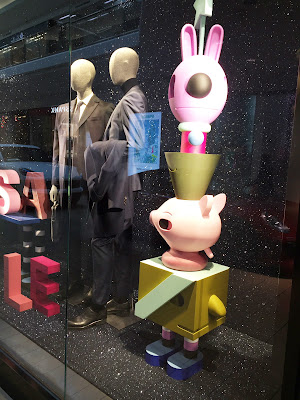 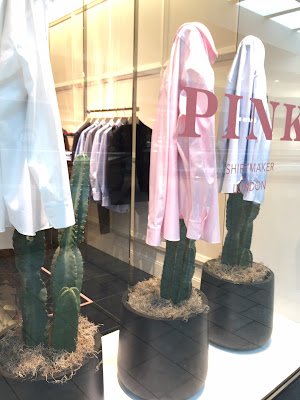 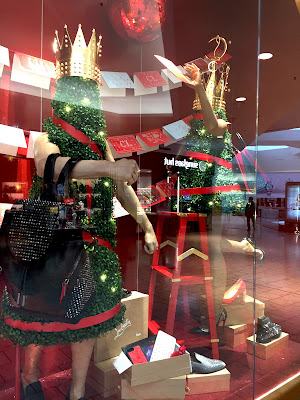 Maybe the theme for this year was Merry Weird Christmas?
Posted by ANASTASIA POLLACK at Wednesday, December 12, 2018