AUTHOR J.A. KAZIMER ON THE BEST AND WORST OF FAIRYTALE HAPPILY EVER AFTERS 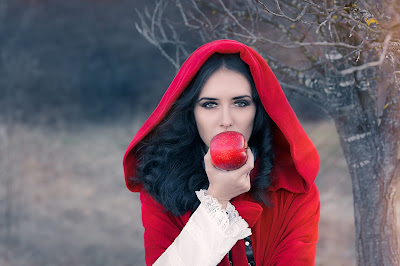 We’re continuing with our new Best of/Worst of feature today with author J.A. Kazimer. When she isn't looking for a place to hide the bodies, she devotes her time to playing with a pup named Killer. Other hobbies include murdering houseplants. She spent a few years stalking people while working as a private investigator before transitioning to the moniker of WRITER and penning over 15 titles. Learn more about her and her books at her website.

So excited to do a Best/Worst of post, especially on something so near and dear to my heart – Fairytales. Thanks for the opportunity!

Happily ever after is what fairytales, and hopefully life, are all about. But some fairytales leave me questioning just how lucky these princesses or in some cases, princes might be.

Best of:
3. Cinderella—Prince Charming is worth a busted heel or two, for the size of his…palace.

2. The Frog Prince—The princess is willing to get her hands, or in her case, her lips a little dirty in order to find her happily ever after. So what if he smells like pond water? She’s my kind of girl.

1. The Ugly Duckling—Chances are, you’ve dreamed about heading back to your high school reunion, dressed to kill, and showing all those ducks just how swan-like you’ve become. I know I have.

Honorable mention:
Rapunzel—What woman has time to style hair that long every morning?

Worst of:
3. Little Red Riding Hood—While she very well might’ve lived happily ever after, how does one un-see dear old granny half-digested by a wolf? Let alone ever venture outside again?

2. Rumpelstiltskin—He just wants a child of his own. And really, does the deceitful miller’s daughter genuinely deserve her babe after making such a promise? Child Protective Services should, at the very least, be checking in to make sure she hasn’t pledged away any of her other offspring.

1. The Princess and the Pea—Talk about terrible mothers-in-law. I don’t care how great the prince is. He’s not worth spending the night tossing and turning because his mother has trust issues. Add in the fact, he only marries the princess because she has sensitive skin. Awkward once he finds out she isn’t really royalty but uses a really good moisturizer.

Honorable mentions:
The Little Mermaid—She opts to give up her life under the sea to live with the prince who isn’t smart enough not to fall into the ocean in the first place.

Snow White—She ends up living happily ever after with a basic stranger who kisses random women in comas. I have a sneaking suspicion he either winds up in jail or she learns how to bake poisoned apple pies from the Evil Queen.

What are some of the best or worst fairytale romances you’ve read? 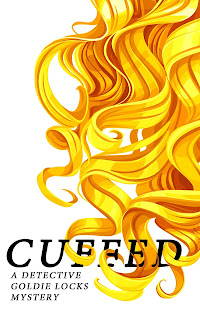 She’s on the hunt for a killer.

When she discovers the fingerprints of a once-upon-a-time lover, a man who jumped over a candlestick and out a window to leave her facing some serious trespassing trouble alone, at a crime scene, she vows to see him in handcuffs.

Jack B. Nimble has other ideas.

He threatens her adoptive family if Goldie doesn’t help him clear his villainous name, much to the chagrin of her current boyfriend and quite possibly the next mayor, Beau White, the fairest man in all the land.

Trying to prove his innocence turns out to be harder than she expected, especially when Jack refuses to aid in his defense, and instead, starts a campaign to ‘win’ her back. Goldie might be a blond, but she’s far from dumb enough to fall for his charms a second time.

Or so she tells herself every time his lips meet hers.

The deeper she plows into the rabbit hole and Jack’s soul, the more she learns about his motives for returning to the city—Destroying her perfectly crafted life.