IT WAS THE BEST OF TIMES...THE WORST OF TIMES FOR AUTHOR KELLI A. WILKINS' TORTURED HERO 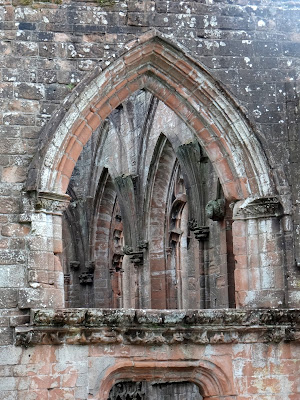 Kelli A. Wilkins is an award-winning author who has published more than 100 short stories, 19 romance novels, 5 nonfiction books, and an online writing course. Her romances span many genres and heat levels, and she’s also been known to scare readers with her horror stories.

Today, just in time for Valentine’s Day, Lord Sebestyen Adrik, the hero from Kelli’s Gothic historical romance, Redemption from a Dark Past, shares a few of his best and worst experiences. Learn more about Kelli and her books on her website and blog.

A Tortured Hero Speaks…
My author, Kelli A. Wilkins, has encouraged me to talk about a few of my personal best and worst moments in Redemption from a Dark Past. There were plenty, but I’ve chosen the most memorable ones to share today.

The “worst” moment for me occurred before the book even started, and it set the stage for everything that was to come. Lady Alzabeta Adrik and I didn’t have a happy or a romantic marriage. (I discovered that she was being unfaithful with one of my close friends, and she never really loved me.) We quarreled often, and during one of those infamous arguments, she died. I was accused of her murder.

Needless to say, my reputation (and my life in general) was ruined by the accusation. To compensate—and to punish myself—I withdrew from the world and lived with the guilt of what I had done for years. It was a very lonely, miserable time in my life. I was at my lowest point and had thought about giving up entirely.

But then a “best” moment happened. Katarina came to my castle and agreed to be my companion. She was a ray of sunshine in my gloomy existence. I have to give her credit for being persistent. When we first met, I was grouchy, difficult to talk to, moody, and not very good company to such a lovely young lady. But over the course of the book, she captured my heart and I learned to love and trust again.

Of course, Kelli had to add a few other “worst” or “troubling” events in the book. One of the “worst” moments for me happened toward the end of the story, when Katarina was taken from the castle by my sworn enemy. She was nearly killed—but not for something she had done. No. This fiend wanted to kill her to punish me and make me suffer.

I’m ashamed to admit it, but Katarina suffered greatly just by being associated with me. My reputation as a madman, murderer, and worse was known throughout the kingdom. It was disheartening to know that people hated her and judged her for being my companion. At one point, I told her that she should leave because she would be better off without me.

But Katarina refused to leave and stayed loyal to me throughout the book. When I realized that she didn’t care what people thought about me or her, I was thrilled. Those scenes were some of the best for me. She took me out of my dark despair and helped me heal.

So when I’m asked what the “best” thing about our story is, I have to say: “That I found the true love of my life in Katarina.” Yes, we had to go through some trials and troubles, but in the end she’s the best thing that ever happened to me. We overcame the “worst” together.

Kelli did a great job of creating a moody, Gothic atmosphere and blending mystery and suspense with our romance. 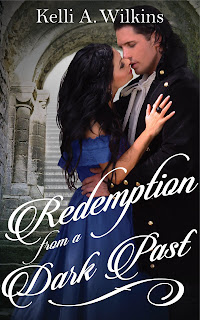 Redemption from a Dark Past
Lord Sebestyen Adrik has an unsavory reputation as a madman, murderer… and worse. Lonely and searching for love, he seeks the companionship of local young women, hoping one of them will ease his torment and bring him the happiness he longs for. Katarina is his last chance—but will she fear him like all the others? Or is she the one who can lift his curse?

Desperate to avoid a forced marriage, Katarina agrees to become Lord Adrik’s latest companion, despite the rumors she has heard about him. She discovers the “Dark Lord’s” secret past and realizes he’s not the monster everyone thinks he is.

As their love blossoms, she renews his passion for life—yet they cannot escape the ghosts of the past.

When a meeting of the nobility goes horribly wrong, Sebestyen’s world unravels, and his enemies plot to destroy him. As all seems lost, a mysterious stranger arrives at the castle. Sebestyen must decide if he is a friend or a foe…and if he can find redemption in his love for Katarina, or lose her and everything else that he holds dear.