AUTHOR DONNA B. McNICOL SETS A MYSTERY SERIES IN THE OTHER KLONDIKE 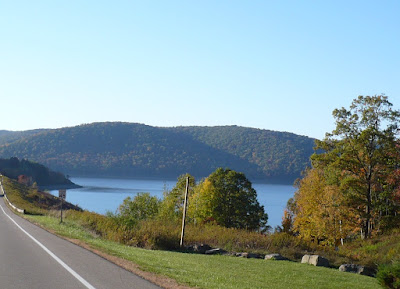 Donna B. McNicol is a retired IT professional who started writing fiction after retirement. Her preferred genre is small town mysteries with a dash of romance, but she has also tackled children's stories, fantasy and smalltown romance. In addition, her short stories have been included in several anthologies. Learn more about Donna and her books at her website.

Why are my Klondike books not set in Alaska? That’s a good question and one that frequently comes up. In the late 1990s, my husband and I left our high pay but high stress jobs, sold our home, and hit the road in our motorhome. We went to work as contractors for a company installing part of the internet backbone. Our biggest contract was in middle Pennsylvania, and we fell in love with the state. We started looking at property and bought a small cabin in the north-central part of the state.

We made some amazing friends during our time there and they encouraged me to write a book set in the area.

Several years went by, my husband passed from cancer, and I eventually remarried. I never forgot that little place in the woods and my friends there. In 2012, I started dabbling with fiction writing. I took a dream I had written down some years earlier and made it the prologue of my first mystery novel in the Klondike Mystery Series, Not a Whisper.

Set in Klondike, the books in the series are small town, traditional mysteries. I class them as police procedurals. Nothing overly graphic, but there is some language. A dash of romance but it stops at the bedroom door. There is a wide cast of characters, some are in all the books, others come and go.

You can get a free download of the short story prequel, Just a Stranger, for signing up for my newsletter. You can also download a set of interviews with several of the main characters at the same time.

These books hold a special place in my heart, and I hope you will enjoy reading them as much as I enjoy writing them. 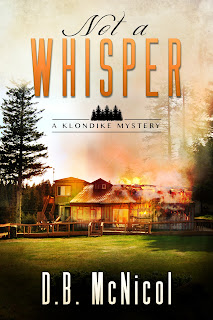 Not a Whisper
A Klondike Mystery, Book 1

When a retreat becomes a nightmare...

When Cherie Marshall catches her fiancé and best friend in a compromising position, she cancels her upcoming wedding and jumps at the chance to escape to quiet Klondike, Pennsylvania to care for her elderly aunt. She thought her biggest issue would be adapting to life in the middle of a National Forest, so very different from her upbringing in the deserts of Arizona.

But that was before she met State Trooper Fire Marshall Jamison "Jazz" Maddox at the scene of a mysterious fire. As they both become acquainted with the close-knit Klondike residents, things get complicated as Cherie and Jazz find themselves in the middle of a local crime wave where arson, kidnapping, embezzlement and a decades-old murder are just the tip of the iceberg.

Thank you so much for this wonderful feature!

We're happy to have you come visit, Donna.

Have this series in Paperback and loved it. Love this author.
So there is really a Klondike, Pennsylvania? Interesting.
Keep up the Great work Donna.

Hi Crystal,
Glad you have enjoyed the books! It's a beautiful area of Pennsylvania!