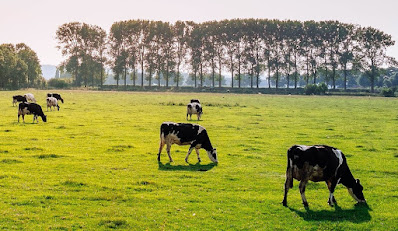 M. Elle Kelso is a Canadian writer who crosses genres from western/action, paranormal and suspense. But they all have one thing in common—a little hint of romance. Learn more about her and her books at her website.

...not doggies, as I see written in some places. And for those of you who don’t know what a dogie is...it’s a motherless calf.

That's just one of the mistakes I’ve seen in books when authors, like me, don’t know everything there is to know about their subject, yet write as though they do.

One of my favorite things to hate is reading about cows. Cows are a thing. But the chances of every animal in the herd on a good-sized cattle ranch being a cow are slim and next to none. Maybe even none. The actual fact is that a lot of that herd will be steers. That’s a neutered bull calf allowed to mature to beef weight. Or some may be heifers (pronounced heffers for all you non-farm people.) That’s the young females who haven’t been bred yet. The rest will be cows, and maybe, depending on the animal himself and the time of year, one or even two, could be bulls.

The reason I say time of year is that there likely wouldn’t be a bull in a pasture full of cows who are ready to be bred unless that is why the bull is there in the first place. And if that’s the case, there won’t be any steers in the pasture or likely even heifers unless they’re to be bred to that specific bull as well. Hormones are just as wild in animals as they can be in people.

The same thing can apply to horses in many ways, but there are definitely some things you wouldn’t want to do. You’d never put more than one stallion in the same pasture with another if there is even the slightest possibility of one of the mares coming into heat, and it is usually inadvisable to pasture two stallions at any time. Stallions and gelding will get along since the gelding isn’t moved by hormones—his or of any other horse. Mares cycle on an approximately 21-day cycle of seven days in heat, fourteen out. Length of daylight will affect most mares, and they will be out of heat from autumn, through winter and back in come spring.

And again, terminology in horses can be hard to understand and get right.

Other horsey terminology are things like the type of horse: draft (working horses, usually bigger and heavier than) light or saddle breeds (those horses used in many sports such as rodeo, jumping, eventing, driving) I could write an entire book on just how many breeds there are, what their uses are and how to identify them, but instead I’d advise you to go to your search bar and type in ‘types of horses’. Then go to the Wikipedia page. You’ll find more than you ever wanted to know on that site.

Just know that if you don’t do that and describe a Quarter horse as a dressage horse, you’ll be laughed at, or the book will end up against a wall.

Once you have figured out what kind of cattle or horses your ranch will be stocked with, make sure to find out exactly how many of each kind can be supported by the land mass you’ve chosen for the ranch. Like I said in an earlier blog, 100 cattle on ten acres won’t fit—they’d be standing on top of each other.

In No Bull I used quarter horses and Herefords. Both are farm or ranch use animals. Hereford cattle are beef cattle. Unless you’re talking about a dairy farm, the word Holstein should never show up in a ranching book.

That’s just some of the problems with linguistics you run up against when writing western placed novels. Tread carefully to avoid becoming a laughingstock.

If you need help, feel free to contact me at mellekelso@gmail.com. I’m happy to assist if I can. 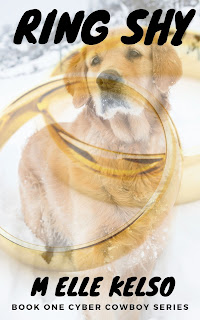 Meet the Cyber Cowboys—a tough bunch of private eyes who know computers and the law inside out and backward. Every time they step out of their computer-P.I. boots—answer a call that doesn’t include black-hat hackers, online hustlers and fraudulent con artists—they meet nothing but trouble. Attempted murder, arson, rustling, and abduction they can handle. Falling in love sends them looking for the ‘help’ button. Computers? Artificial intelligence has nothing to do with it! In every case, these laid back investigators have to get down and dirty to save the women they love. They help multi-national companies and governments fix their problems...but when trouble hits and love gets involved? They’re the ones who need rescuing

The Corbin, Taylor & Wynn Investigative Agency is three men (Blake Corbin, Jared Wynn and David Taylor) who’ve been in business together for years. The agency is headquartered in Cheyenne, Wyoming when the series begins but soon moves to the foothills of the Big Horn Mountains. Business is so good they hire additional investigators and even the new guys aren’t immune to the trouble love can cause.

The Cyber Cowboys series is four stories of romantic suspense and skullduggery set in Wyoming and Oregon. Additional stories may augment the series based on the characters who work for the agency.

In Ring Shy lawyer-rancher-investigator Blake Corbin is hired by Kaycee Morgan’s father Patrick to find out who is trying to kill her. Vandalism escalates to arson and attempted murder in a vendetta against Kaycee and her show dog kennel. Black, the help from his partners and a few friends in the Portland Police Department, corrals the bad guy and lassoes the girl.