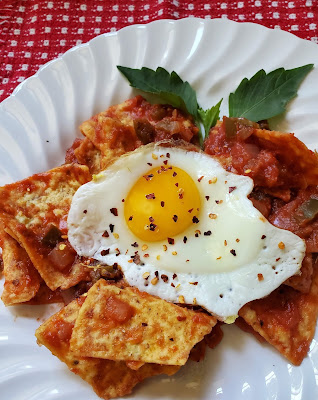 A former newspaper journalist, Nancy Nau Sullivan taught English in Argentina, in the Peace Corps in Mexico, and at a boys’ prison in Florida. Now she spends her days writing mystery. Nancy now lives in Northwest Indiana and, often, anywhere near water. Learn more about her and her books at her website.

Trouble (and Adventure) Down Mexico Way

If you ever get to Mexico City, be sure to pack good walking shoes. I’d head to the bakery and end up wandering into an exhibit, or start off down the Paseo de la Reforma toward Chapultepec Park and find myself at the Castle overlooking the city. In 2013, I joined the Peace Corps and taught English in Queretaro, some three hours north of El Distrito. And every chance I got, I rode the bus to the famous capital, bustling with color and flavor, a delight at every turn.

It was an exhibit at the Palacio Nacional that gave me the idea for Blanche Murninghan’s second adventure in Trouble Down Mexico Way, Book 2 in my Blanch Murninghan Mysteries. The 500 or so artifacts assembled at the famous cultural center were the first showing of these ancient Mayan pieces, gathered from the Yucatan, Belize, Guatemala, and Honduras. A whole civilization of clay figures glowed under soft lighting with intriguing and ghostly lines—dogs and crocodiles laughing, ancients playing ball (with a skull?), mothers and children, replicas of houses, dishes, dress. The stage was set in my head. I had to throw a mummy into the mix, and the story took off running.

In the mystery, Blanche, a part-time journalist and Florida island girl, heads to Mexico City with her cousin, Haasi. She’s usually along for the adventure, pulling Blanche back on track, calming her down. Trying to talk some sense into that girl.

They visit an exhibit and the mummy on display doesn’t seem quite right to Blanche. So, she makes up her mind to investigate, and drags Haasi along. This shriveled woman in the floor under glass with leathery skin and hay-like hair becomes, to Blanche, our mummy. Haasi reminds Blanche that the mummy is not part of the family, but the two cousins soon fall in together and begin an adventure in and around Mexico City to find the creator of this fake mummy. Along the way they stumble into an art theft ring, a couple of kidnapping attempts, and a diverse cast of flavorful characters.

Since I’d toured Mexico City numerous times, it didn’t take much poking of my imagination to come up with menus, attractions, and settings for the book. I purchased a Fodor’s of that period (the story takes place around 2002), got out my maps—and my old class lists to shuffle up the names for my characters. It also helped that I had tons of pictures.

One of my best memories of Mexico City is the food. What these cooks can do with the basics that have been around since the Aztecs—corn, tomatoes, peppers, squash—is boggling. I discovered the tlayuda, an oval-shaped blue-corn crispy tortilla laden with nopal (cactus), black beans, and onions, available from a street vendor. In a hotel restaurant, I ordered huevos divorciados—a pretty plate of fried eggs with salsa verde(green sauce) covering half the dish and tomato (red sauce) on the other.

But my favorite treat of all time appeared at a crowded stall in the market: tacos chamorro—pork cooked all day, on the spot, in a vat the size of a small bathtub—and served with a side of salted, blistered serranos. For a dollar or so, and an orange Victoria soda, there is nothing better.

I ate pumpkin flowers and cactus and corn fungus (a sort of mushroom delicacy that grows on corn) and fruits I’d never heard of (cherimoya anyone?). The beer is worth a trip, and so is the Tres Leches cake with three kinds of milk, whipped cream, and fruit. Of course, these delicious treats are available in the US, but there is something lost in the translation.

Here’s a recipe for chilaquiles (corn tortilla, salsa, and fried eggs), a kind of deconstructed enchilada—great for breakfast or any time:

Heat a generous measure of two cups of salsa (green or tomato, or both) in a large flat pan. Add up to three dozen thick, crunchy fried corn tortilla wedges, or chips, to the salsa and heat through until softened. Fry four eggs in another pan. Plate salsa-chip mix, put eggs on top, and finish off with dollops of sour cream, avocado slices, minced cilantro (or epazote, if you can get it), and onion.

Suggestion: shredded chicken or beef or chopped chorizo may be added to salsa mix. Don’t forget the lime wedges and Valentina sauce, ubiquitous additions at every Mexican meal. Serves two or four. 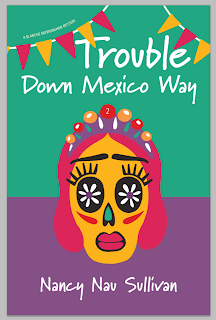 When Blanche “Bang” Murninghan visits an exhibit of ancient Mayan ruins in Mexico City, she sees that all is not ancient. One of the mummies has a pink hair clip embedded in its hay-like do, and the texture of the skin is not quite right. Blanche, a part-time journalist, starts to dig for some answers and gets tangled in the mystery of the mummy at the Palacio Nacional. Her cousin and traveling companion, Haasi Hakla, aids and abets—and puts the reins on Blanche. All the while, the two eat and drink their way across the city, following one hunch after another with a cast of colorful characters that include a prescient elderly chilanga, an amiable overworked detective, and a stunning doctor of shady deeds. The cousins are willing to risk kidnapping and attempted murder to get at the truth—but first, Blanche stops for another excellent beer and Haasi delights in one more taco al pastor.

Thank you! I have to say, Blanche and Haasi enjoy eating--and sleuthing--their way around Mexico City! Hope you enjoy! Nancy Nau Sullivan