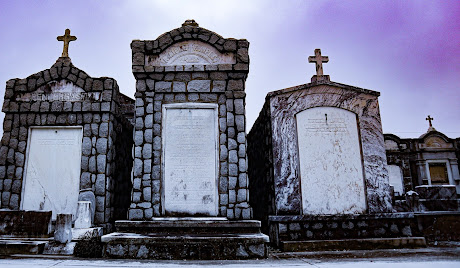 Today we sit down for a chat with crime fiction and romantic suspense author Mike Nemeth. Learn more about him and his books at his website.

When I read Boys and Girls Together by William Goldman as an impressionable high school student.

Fifty years. Love, marriage, kids, jobs, the need to support a family, all stood in the way, but happily. I’ve had a life of good fortune with a family that enjoyed the fruits of my labor. But the compulsion to write never waned. It’s never too late to start.

Everywhere! I read that Stephen King wrote his earliest novels on the clothes washing machine in his laundry room because that was the only uncluttered flat surface in the house. If he can do it, anyone can. I wrote my first novel—Defiled—on airplanes and in hotel rooms. I was still employed full time and flying long haul to Europe and Asia on a regular basis. Now I use a notepad on my cell phone to collect thoughts, ideas, phrases, and segments of prose no matter where I am or what I’m doing when the muse speaks. Most of the work now happens in my home office with my Belgian Malinois lying at my feet.

Music keeps the adrenalin flowing. It’s classic rock for me. I nearly always begin with Chicago and run through a playlist of ‘60s anti-establishment songs.

There’s no such thing as fiction. Every novel is a synthesis of life experiences even if only through research. Taken together, my four novels are the story of my life, except for the early years which are fodder for a fifth novel.

Describe your process for naming your characters.

Phone books used to be handy! I want names for primary characters that are easy to pronounce in a reader’s mind and fit somewhere between too ordinary and too odd. Minor characters get ordinary names so they don’t detract from the protagonist and antagonist.

I only read books with real settings. When I was younger, I read a lot of novels set in New York City. When I first visited the city, I knew my way around, recognized places where “things’ had happened. Because of Elmore Leonard, I know a lot about Detroit and South Florida. So, I write about real streets and real restaurants and real buildings and real views of the landscape. My novels have been set in my favorite places: St. Pete, Florida, Augusta, Georgia, New Orleans, and now Savannah.

Parker dresses for the Florida beach life no matter the social circumstance. Boat shoes, shabby jeans and a faded T-shirt are his milieu. He lost his taste for suits and ties while incarcerated for a crime he hadn’t committed.

I’m a slave to routine. I do the same things, in the same order, every day. Except when on vacation.

If you could have written any book (one that someone else has already written), which one would it be? Why?

Leaving Berlin by Joseph Kanon perfectly expresses moral ambiguity which is a theme I embodied in all my novels. No black and white; only shades of gray. A second choice would be a movie script: Chinatown, the perfectly conceived plot.

I wish I hadn’t rounded third base and made out at home plate in my Little League game. We’d have won the championship.

TV announcers and commentators who don’t know how to use prepositions. If I hear, “between he and I” one more time I’m going to throw up.

You’re stranded on a desert island. What are your three must-haves?

My wife, my daughter, and my dog. Nah, beer, peanuts, and the Internet.

Summers between college years I worked at a pulp paper mill (good wages). The residue from the papermaking process is a sticky black powder used as a binding agent in asphalt. For eight hours a day I stood in front of a machine with two spigots and filled fifty-pound sacks with the powder and stacked the sacks on a pallet. I ended each shift exhausted and covered in stubborn powder.

There may be more than one definition of “best.” As I mentioned earlier, Boys and Girls Together left a lasting impression. So did The Naked and the Dead (Mailer). If the quality of the writing is the standard, it would be anything by Barbara Kingsolver. If it’s fun you want, anything by Elmore Leonard. And an overall winner would probably be The Great Gatsby.

Both! Fishing for trout in the mountains and eating seafood near the shore would be perfect.

Grow old enough to shoot my age on the golf course! As I look for a publisher for book no. 4, I’m writing book no. 5, a modern-day version of The Catcher in the Rye that will complete the story of my life.

I hope my books offer fresh perspectives for my readers. 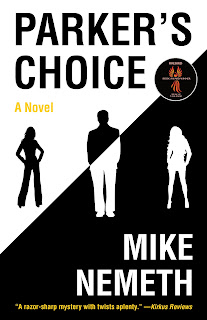 A tasty murder mystery served with a dollop of romance and a dash of corporate fraud.

Parker has been to prison for a crime he didn’t commit, and he’s not about to let that happen again. He’s thrilled to land a good job after being paroled, until his boss threatens to fire him if he doesn’t facilitate a fraudulent scheme that will cost thousands of Americans their jobs. To complicate matters, a woman’s body is pulled from the Chattahoochee River and the cops make Parker their prime suspect, but Parker fears his estranged wife, Paula, has committed the murder. His clever and alluring black colleague, Sabrina, shames Parker into helping her expose the fraud and they find themselves romantically attracted to one another as they search for the “smoking gun” that will thwart the fraud and expose the murderer—the identity of Parker’s elusive birth father. On the run from cops and crooks, the last piece of the puzzle falls into place when Parker is ambushed in a frightening New Orleans cemetery. Then Parker has choices to make.