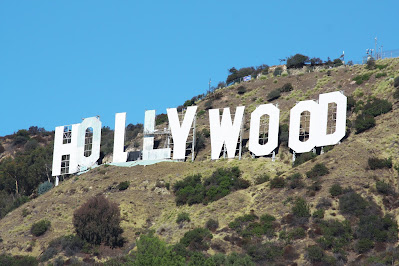 Today we sit down for a chat with Sandy Moss from author E.J. Copperman’s Jersey Girl Legal Mystery Series.

I don’t like to brag, but since you asked… I’d have to say my ability to roll with the punches. Whatever happens, I tend to react to it and have a plan quickly. Patrick says I’m brilliant, but he’s wrong. And the British use that word differently anyway.

I compare myself to other women, often physically, and I shouldn’t. Especially in LA, where all the most beautiful women come to try and be movie stars and some of them actually succeed. But it’s wrong to judge myself or anyone else based on appearance. So I shouldn’t do that. But I do.

Again with this author thing. I’ve had a lot of strange stuff happen to me, particularly since I moved to California, but being kidnapped in a van was definitely among the weirdest. I don’t recommend it.

I don’t know how to get this across to you: There. Is. No. Author. I’M the author, except the things that happen to me aren’t scripted. They just happen. Do I sound like I’m arguing? Maybe so, but take into account that there’s no one here but me, so that should tell you something.

I’m not nuts for death. I prefer to avoid it whenever possible. But I also have abandonment issues and I’m not a hundred percent sure why. I don’t mind being alone, but I always like to know there’s someone I can call. Patrick and my best friend Angie are great at that.

Winning a court case based on solid precedent and law. Sometimes I have to get a little, um, creative in the courtroom, but the means to win the case are always based on the existing law. I respect that above all else.

I’d get rid of all the times someone pointed a gun at me. It’s become something of a regular occurrence since I moved out here and frankly, it leaves a lot to be desired.

It’s going to sound funny because my boyfriend is a famous, handsome movie star, but he also drives me nuts. I love him, but Patrick lives in a world of adoring fans and assistants (including Angie) who will make anything he wants simply appear. He’s gotten so used to it he thinks everyone lives like that, and I keep showing him again and again that we don’t. He thinks that’s adorable.

I’m comfortable being me, but I do wish sometimes that I knew what Det. Lt. K.C. Trench has in his police department computer. Getting Trench to tell you anything is like squeezing blood from a stone, although why you’d want stone blood is something I can’t really understand.

(Slaps herself in the forehead.) Anything you want to know about ME you can find at www.ejcopperman.com.

A new “adventure” (although for me the word “ordeal” leaps to mind) is due in December, and for reasons that might or might not become clear, it’s called And Justice for Mall. Until then Witness for the Persecution will just have to do. After that, I’m hoping to be doing some very dull family law work. 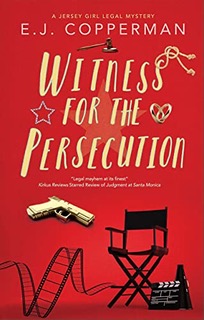 Witness to the Persecution

Former New Jersey prosecutor Sandy Moss moved to a prestigious Los Angeles law firm to make a new start as a family lawyer. So it seems a little unfair that Seaton, Taylor have created a criminal law division specifically for her. Just because she's successfully defended two murder trials, it doesn't mean she likes them!

But when abrasive Hollywood movie director Robert Reeves is accused of murdering a stuntman on set, Sandy finds she can't say no when he demands her help. Robert might be an unpleasant, egotistical liar, but something tells Sandy that he's innocent - even if no one else can see it.

At least this time, she reassures herself, her charismatic, adorable, and oh so annoying TV star boyfriend, Patrick McNabb, isn't involved in the case. He isn't...right?