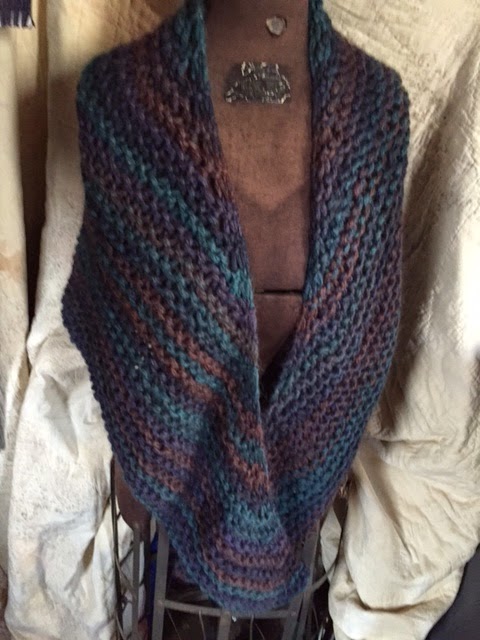 When she's not knitting, Vicki Doudera writes novels, short stories, and nonfiction. High--stakes real estate is the backdrop of her Darby Farr Mystery Series, with the latest, Deal Killer, set in Manhattan. Vicki's books have twice been chosen by Suspense Magazine as top reads, with 2013's Final Settlement named a "Best Cozy" of the year.  MWA’s new anthology Ice Cold and Level Best's Rogue Wave both feature her short stories. You can read more about Vicki and her books at her website.

The heroine of my mystery series, Darby Farr, doesn’t knit, and I’m not sure why not.  As a practicing Aikido expert, she’s good with her hands, and goodness knows she could use a thick sweater (or two) to help weather the winters in her hometown of Hurricane Harbor, Maine.  But Darby’s never picked up a ball of yarn—not in one of the five books—which actually surprises me, because this is a craft that I love.

The first time I held knitting needles and practiced my purling, I was probably ten or so, with either my grandmother or great aunt (they lived together and were both crafty ladies) by my side. Since then, I’ve made all kinds of things—mittens, socks, scarves, cowls, sweaters, hats and, last winter—a fabulous cabled skirt. Many of these gems have been gifts, received with a delighted “thank you!” and worn with pride. At least that’s what I always thought, until I gave my mother the Boomerang Shawl two Christmases ago.

Here’s what happened. Mom opened the box with the shawl (pattern available on Ravelry) and she smiled, tried it on, and thanked me. I thought the project had come out pretty well. I knitted it in muted colors in a soft Alpaca wool, although truthfully it came out a bit denser than I’d intended. This was because I used a needle two sizes smaller than the pattern had indicated, so rather than being lacy and light, the shawl was on the meaty side. But I convinced myself that density equaled warmth, and given our New England winters of late, warmth was darn good. 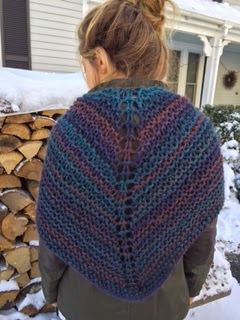 shawl. Not once in two frigid winters!  Keep in mind that my mother lives only a block away, visits frequently, and is one of those people who makes a point of wearing whatever you give her when she’s in your presence.  Why, then, had she never sported her Boomerang Shawl?

Of course I could have asked her where her pretty shawl was hiding, but that would have meant embarrassing her. Instead, I crafted a bold plan—something my mystery heroine would do. I decided to steal the shawl, take it apart, and reknit it with the right needle size.

Two weeks ago, while Mom was at work at the local hospital, I unlocked her door, sneaked past the cat, and headed upstairs in search of the shawl. I was nearly ready to give up when I found it, tucked in the back of a bottom drawer, behind a bunch of lilac-scented hankies. I secreted it home, and that night I ripped out all those carefully made stitches.

Deconstruction of the shawl was easier than I thought. I balled the yarn and let it “rest” for a day or two to help settle out the kinks. And then I got busy with bigger needles and reknit the shawl.

It came out beautifully. Airy, yet warm, with a wonderful pattern up the back. I love it, and have tucked it in my own lilac-scented drawer, although I promise you it will get worn.

Will I return the gift to its rightful owner? I’m not sure. I’d have to explain to mom why I took it back and that could be awkward. I may just keep it myself. And that’s okay, I think. My Boomerang Shawl’s simply living up to its name. 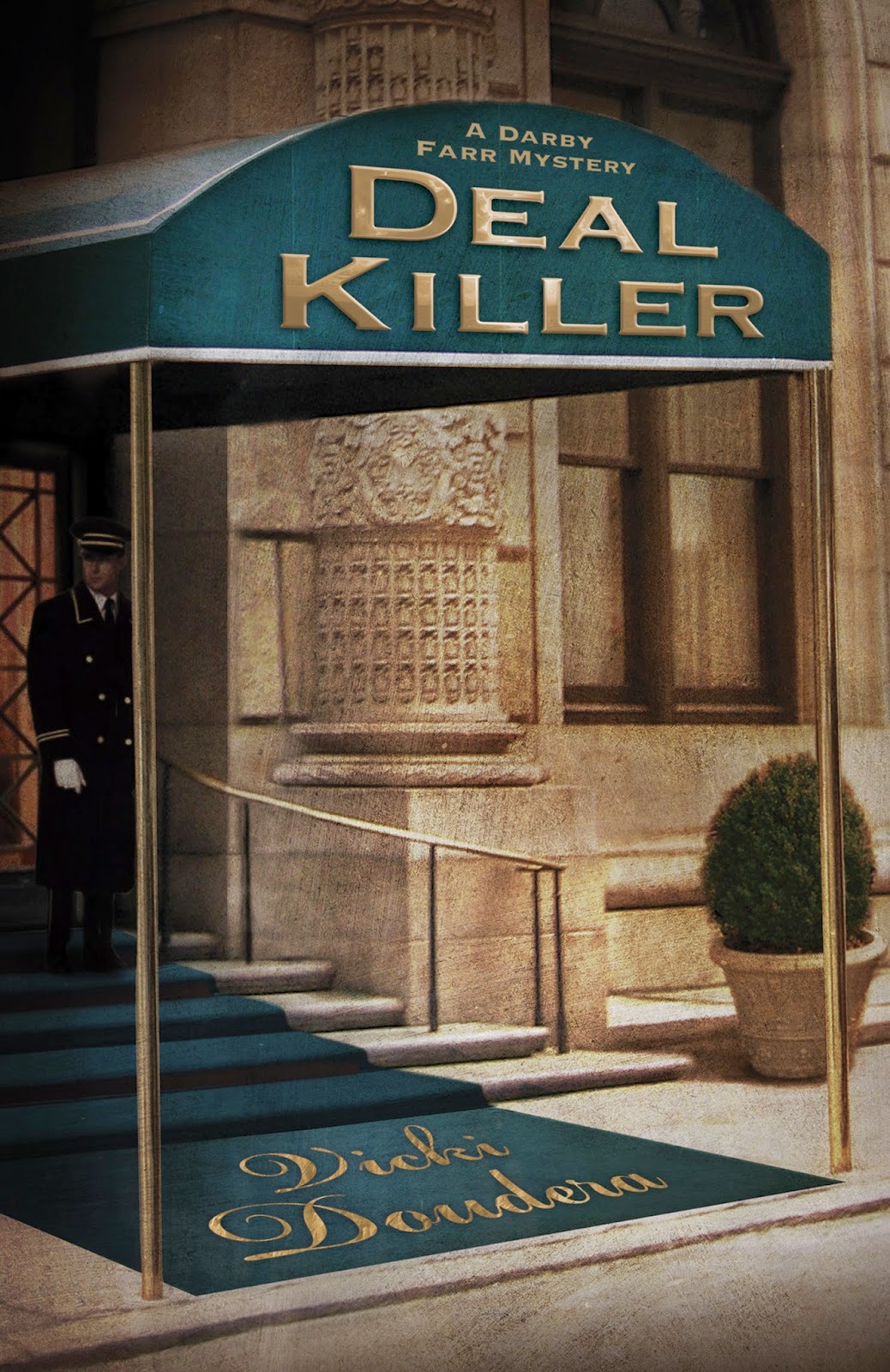 Murder comes to Manhattan when Realtor-turned-sleuth Darby Farr arrives in the Big Apple and finds big trouble: her boyfriend Miles Porter’s a suspect in the brutal stabbing of a Russian businessman. Setting out to prove his innocence, Darby discovers that Central Park Place—the luxury residence where Miles lives—is a hotbed of wealthy tenants with well-guarded secrets. One of them is Natalia Kazakova, a billionaire’s daughter and the victim’s not-so-distraught fiancée, whose investigative journalism has caught the attention of Russia’s shadowy security agency. With the looming threat of Soviet-era spies and a long list of rich and devious suspects, Darby must work fast to stop a killer who knows no bounds.

My Grandmom was a big knitter. She passed away years ago, but if I close my eyes I can see her sitting on the sofa, knitting and watching the Phillies or the Eagles on TV. Thanks for the post!