LOIS WINSTON ON A MAKEOVER OF A DIFFERENT KIND

Like most women, every so often I get the urge for a makeover. Usually this results in a new hairstyle or color. (We won’t talk about the disastrous perm from the late 1980’s! Suffice to say, I let it grow out as quickly as possible!)

However, lately, that urge has taken the form of new covers for some of my books. I’ve recently begun to release my Emma Carlyle ebooks and my previously out-of-print backlist romances in print as trade paperbacks. So, I though, what better time to give them a makeover?

I started with my three romantic suspense titles. Love, Lies and a Double Shot of Deception was originally published in 2007.
You can see the new trade paperback and ebook cover below. Quite a difference, right? I think it much better represents the story and tone of the book, which Booklist called a “surprisingly dark and serious romance.”

Branding has become an essential part of marketing for authors. Although my three romantic suspense books are not connected as a series, I wanted them to tie together in some way because the tone and voice of all three books are similar—and quite different from my humorous amateur sleuth mysteries. Therefore, I kept the cityscape background and figures in the foreground for each of the books.

Someone to Watch Over Me had previously gone through a cover makeover. I kept the figures and added a Philadelphia cityscape as a backdrop. Lost in Manhattan originally had a New York City background and a figure in the foreground, but I changed those up to tie in better with the other cover makeovers.

Next up, my backlist and ebook romances. Stay tuned! 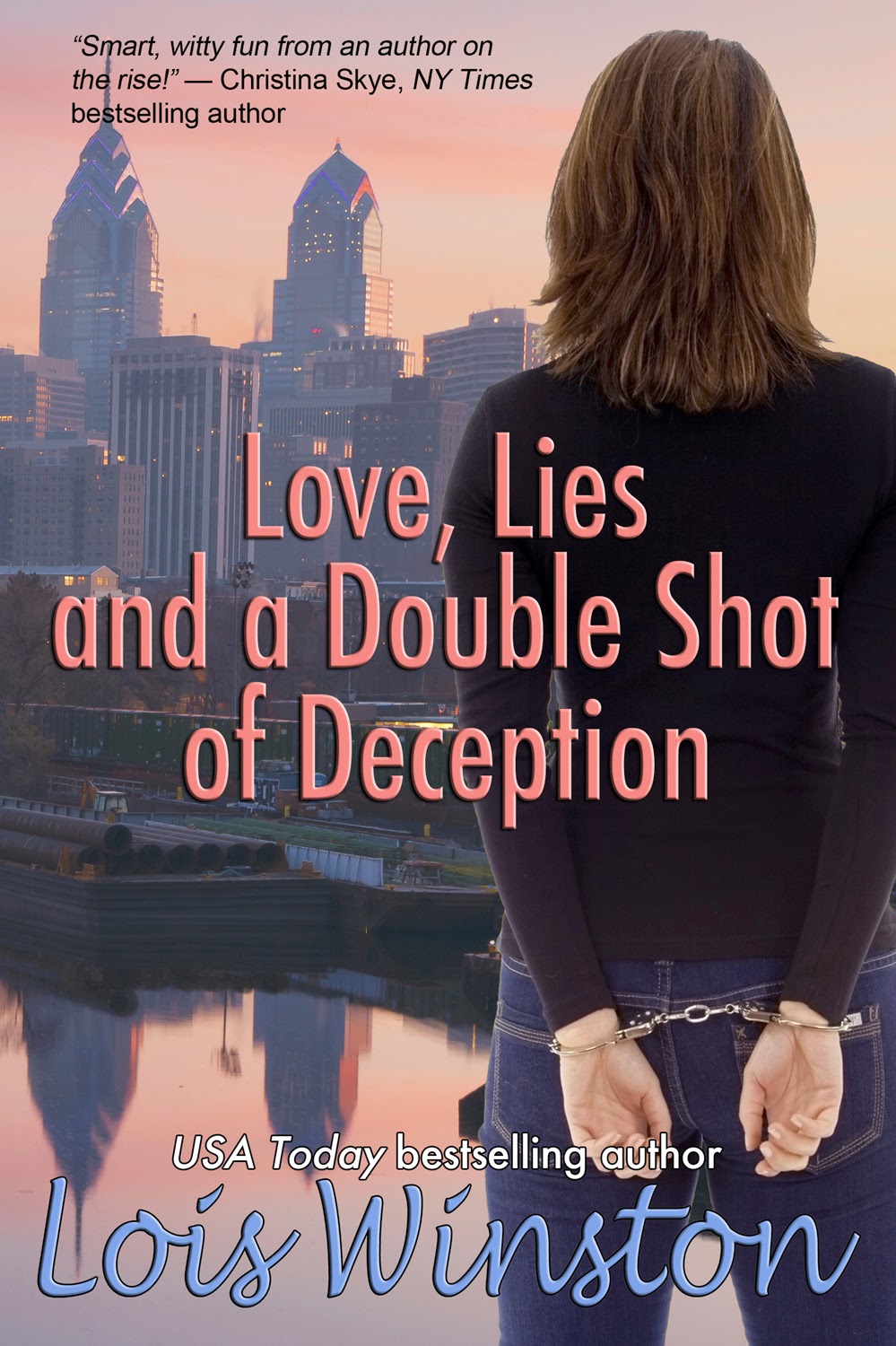 Love, Lies and a Double Shot of Deception
Life has delivered one sucker punch after another to Emma Wadsworth. As a matter of fact, you could say the poor little rich girl is the ultimate poster child for Money Can’t Buy Happiness — even if she is no longer a child.

Billionaire real estate stud Logan Crawford is as famous for his less-than-platinum reputation as he is his business empire. In thirty-eight years he’s never fallen in love, and that’s just fine with him—until he meets Emma. 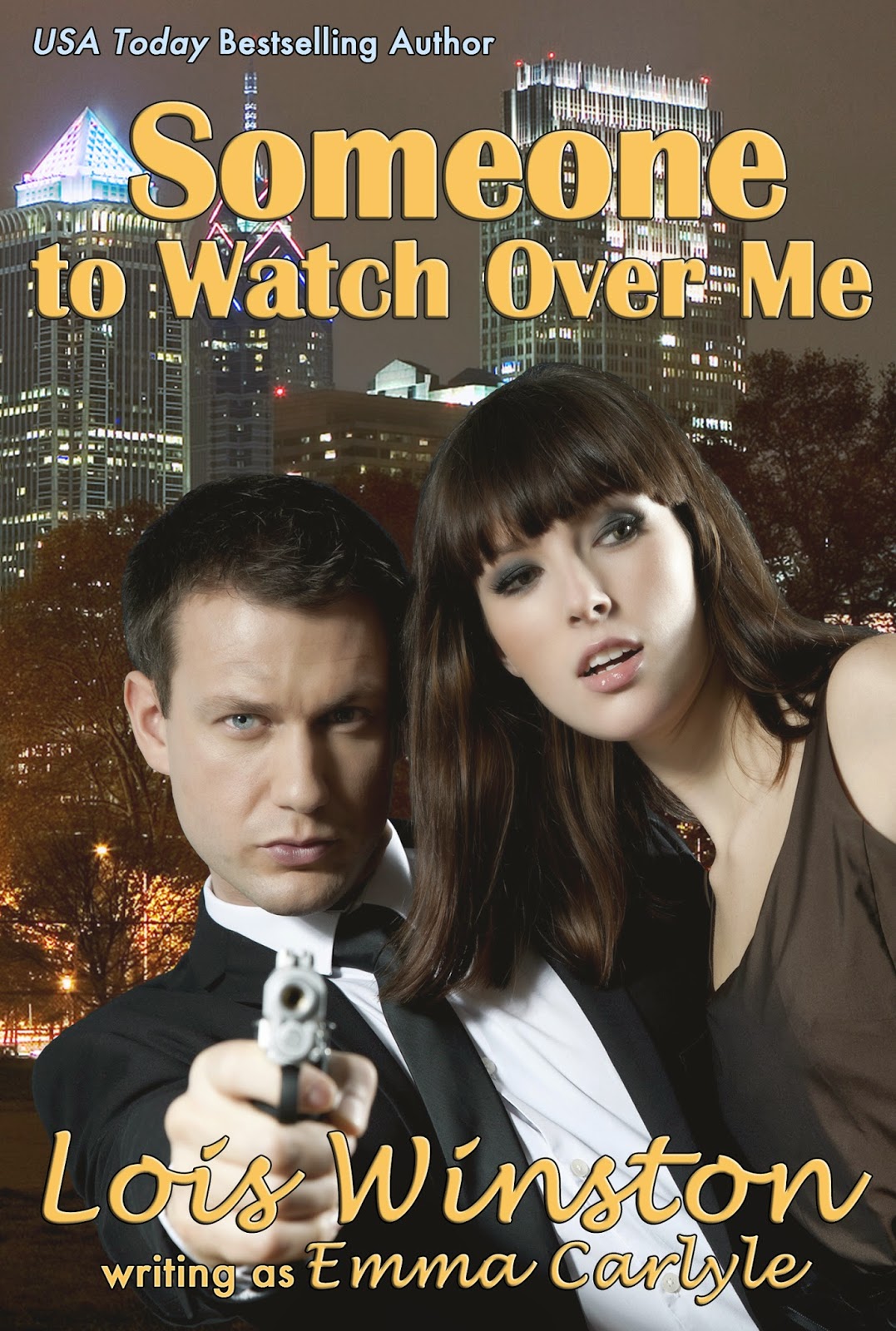 Someone to Watch Over Me
Dori Johnson is in hiding from the Russian Mafia. Six years ago she committed a series of felonies in order to create new identities for herself and her younger brother and sister. They’ve kept a low profile, living in fear of their lives ever since.

When Niles York, Dori’s boss, offers her the opportunity of a lifetime, she turns down the job, not wanting to risk discovery. However, her brother and sister convince her that after six years, she’s unrecognizable, and she can’t pass up such an opportunity. Reluctantly, Dori agrees to become the face and spokesperson for York’s new retail venture.

Jake Prentiss suspects Dori is hiding a secret, and he’s not going to let her jeopardize his friend’s business. As a former government operative, he calls in  some favors and starts digging into Dori’s past. What he finds has him convinced she’s out to sabotage York Enterprises. Too bad he’s falling for her.

Dori is falling in love with Jake, but she doesn’t trust him. He works for the government, and she’s a criminal. But then her life is threatened, and she has to make a decision that could either get her killed or put her behind bars for a very long time. 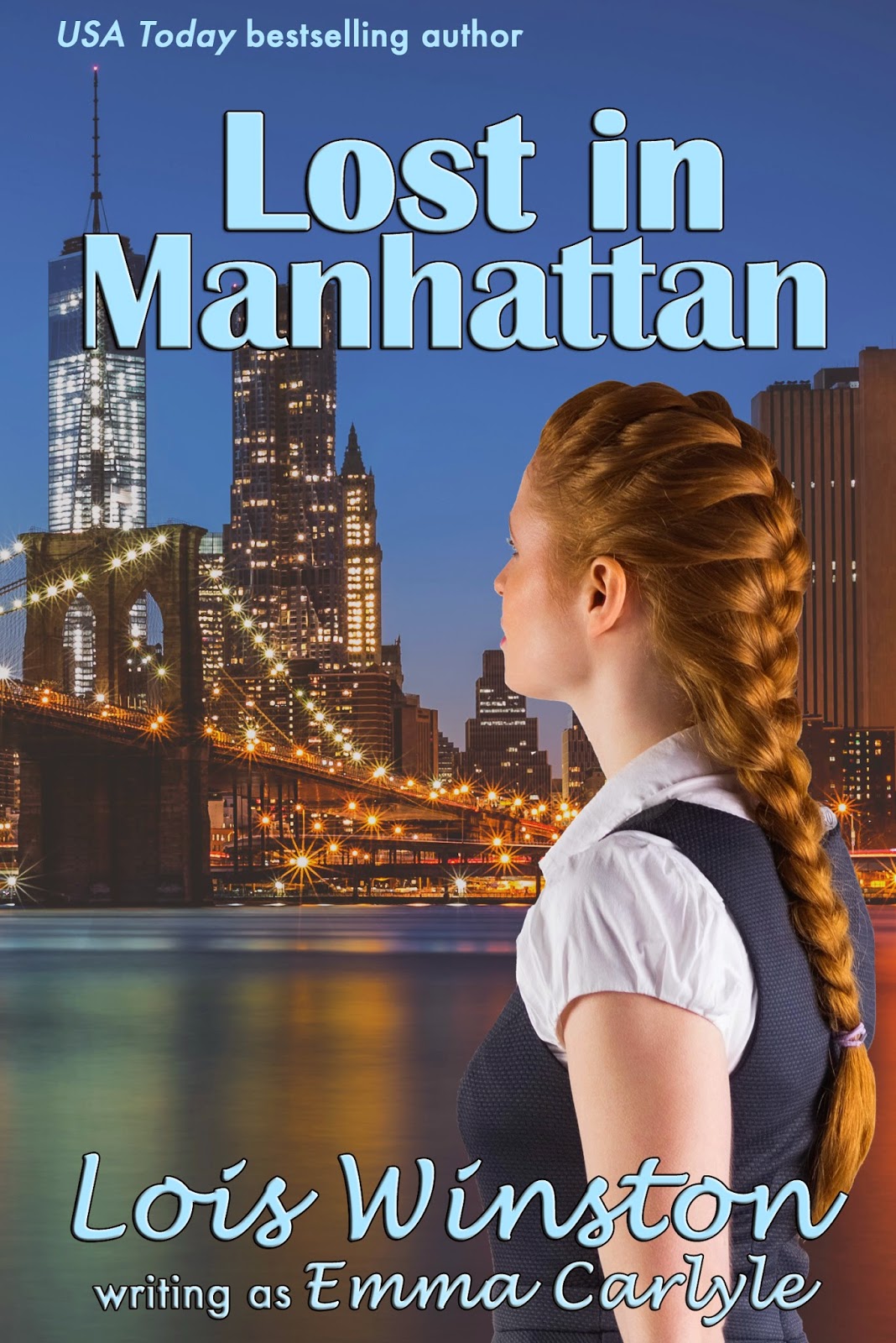 Lost in Manhattan
One by one members of the Montgomery family have died in tragic accidents. Photographer Sarah Montgomery is the last surviving member of the aeronautics dynasty. After the death of her beloved grandfather, she accepts the fact that her husband never loved her and initiates divorce proceeding. On the way home from the lawyer’s office, Sarah is hit by a cab. Days later she awakens in the hospital and has no idea who she is.

Industrialist Trent Caldwell harbors guilt over his wife’s death. A passenger in the cab that struck Sarah, he now feels responsible for her injuries. When no one steps forth to identify the woman in the hospital, he arranges for Mrs. Kearn, his housekeeper, to care for her in his home. Seeing in Sarah someone who just might draw Trent out of the darkness he’s succumbed to since his wife’s death, Mrs. Kearn sets about playing matchmaker.

But the Montgomery family deaths weren’t accidents. Someone harbors a deadly secret and using skills perfected as a youthful IRA operative, has systematically eliminated the family out of a need for revenge. Realizing Sarah’s true identity, the assassin now has one more kill to make in order to fulfill a promise made long ago.

I love the new covers and I think that's the best part about self-pubbing, you get to select just what fits your book!

Thanks, Melissa! I still have a few to do. I just finished the new cover for HOOKING MR. RIGHT and included a bonus short story sequel in the print version. Probably won't get any more done until after the holidays. Off to do some shopping now. Would you believe I couldn't find a single box of Christmas cards at Target yesterday? Either they were all sold out, or Target decided not to carry them this year.

Gre at job on the covers,

Very pretty book covers. You are talented to create them. Good luck with sales.

Thanks so much, Morgan, Angela, Elaine, and Brenda!

Love the new covers! They are so fun.