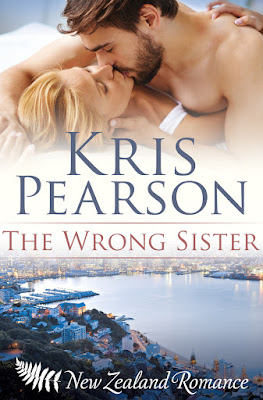 Kris Pearson/Kerri Peach, worked first as a writer for radio, then in the wider advertising industry. She now devotes herself to romantic fiction. She enjoys sharing her beautiful country with the world, and creating stories full of real people in believable situations. Three of her many novels were finalists in New Zealand’s Clendon Award. Learn more about Kris and Kerri at their respective websites.

Split personality
Hello from New Zealand! I was quite happy just being me – and then for the strangest of reasons I became someone else as well. Here’s how it happened:

Under my own name of Kris Pearson I’ve written fourteen somewhat sexy contemporary novels. Four were translated into Spanish, and another two into Italian. I enjoyed getting to know the translators, and was interested in spreading my work further around the world.

So… should I dream big? How about China?

After contact from a publisher who liked my stories, I received an unusual request. Could I please make them less sexy? To say this came as a surprise is putting it mildly. However, it seems that sexy love scenes are not culturally acceptable in Chinese books. Fair enough – each to their own – even if all those Chinese people no doubt turned up as a result of a sexy love scene!

I really didn’t think it would be possible to keep the stories viable, but you know how things can niggle at you? Over the last Christmas break I thought I’d see what I could manage. To my pleasure my bestselling The Boat Builder’s Bed gave in and became The Boat Builder’s Bargain with not too much of a struggle. Then The Wrong Sister became The Other Sister. In fact the stories held up so well that I completed five new editions with lower heat and clean language.

These are the first five books of my Wellington series, so-called because they take place around the harbour in my home city. There are two others in this series – Ravishing Rose and Hot for You – and they’re both so spicy that I won’t be attempting to cool them down. Wouldn’t have much book left!

This gave me five good prospects for China, so off they went. They’re now in the hands of a project manager, and she has so far recruited three translators. It’s getting exciting. Whether I sell three copies or three billion remains to be seen.

It’s also given me another opportunity. My five (so far) much sweeter editions have been launched in English by an author called Kerri Peach. She looks and sounds a lot like me – even has the same initials. Peach happens to be a family name, and Peaches was our last and most beautiful cat. Funny where these things come from. So now I’m sexy Kris and sweeter Kerri, and waiting to see which way my writing should go in the future. Not wanting to mislead anyone, there’s a stripe across the base of each new cover stating, “Kerri is the sweeter side of Kris Pearson.”

So there you go – a choice of heat levels from the same author. I know it’s not a new idea, but in this case it certainly came about for an interesting reason. 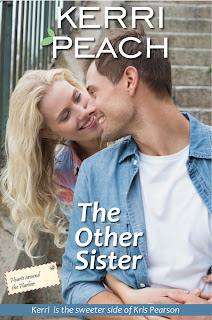 The Other Sister
In this tender ‘second chances’ story of family relationships and long-time unrequited love, attraction simmers between Fiona and Christian when they met on the day he marries Jan, her beloved sister. The only way Fiona copes is by hiding on the far side of the world. The only way Christian copes is by leaving on business whenever she visits her family back home in New Zealand.

Five years later, Fiona has the heart-wrenching six-week assignment of caring for newly widowed Christian and his tiny daughter. Billionaire Christian would rather spend time with anyone except the tempting woman who reminds him so much of his cherished wife, but Fiona has leave from her cruise-liner job and seems determined to do her family duty.

Their mutual love and respect for Jan have held them apart. Will their lost love be given a second chance now they’re forced together again?