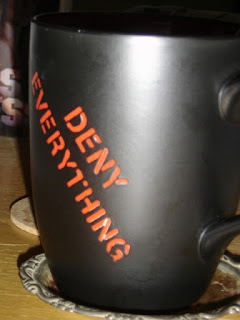 Award-winning author Autumn Jordon writes romantic suspense, romantic mystery, romantic thrillers, contemporary romance and romantic comedies. She is known for writing compelling emotional stories with characters so realistic you’d swear you knew them. She writes both sweet reads and steamy reads. Learn more about Jordan and her books at her website.

I CONFESS
Most people don’t ever meet an FBI agent and a good percentage of them who do, don’t want to. So, which one do you think I am?

I’m one who has met several agents under circumstances that I wish had never happened. I’m an ordinary Jane Doe, just like you, but at the time of the (cough) incidents I was also a budding writer. Was it Twain or Aristotle or some other author/philosopher who said Write what you know?  Whomever, I had the message in my head, the situation in front of me, and boldness coursing through my veins. I seized the opportunity to gather information for my plots and started asking the government agents with fancy suits and credentials what if questions.

I was surprised they answered my questions, however. Who knew FBI Agent So-Tall-He-Nearly-Had-to-Duck-Coming-Through-The-Door and S. A. Could-Be-Tom-Cruise’s-Twin were regular guys with families and pets? Don’t get me wrong, these guys were always professional, but they were also willing to be Average Joes. Maybe acting like an Average Joe was their tactic to get more information from me. Shrug.

To make our stories believable, getting to the source is what us writers do. I got those agents cards before they left my office with the invite to call them anytime—which I have.

On a flight to Arizona I sat next to a U.S. Marshal who guards our boarders. It was the best flight ever, and I have his number on speed dial since I’m writing a series involving an elite undercover U.S. Marshal team.

I’ve spoken to national guardsman, military personal from all branches, fireman, police officers—both large cities and small town—fireman, national park guardsman, college professors, surgeons, journalists, politicians, the woman who lost everything she owned in a fire, and the list goes on and on. Through those conversations, I’ve learned so much about the world and the passionate hearts that live in it, and I write stories about everyday Janes and Joes whose ordinary worlds are turned upside down in a moment.

My characters need to learn a lesson about life to make everything okay again in the world, and in the process, they also find the love of their lives, which makes their world better than it was before.

So, do you want to know why the agents came to see me?  If you read the blurb for His Witness To Evil, you’ll get an idea. Pick-up any of my books, and you’ll step into my world, including my newest release Perfect Fall. 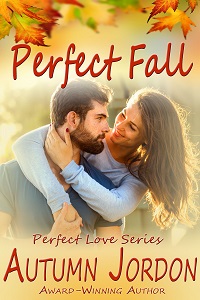 Perfect Fall
Just when she thought love had left her behind, along came the man of her dreams

Every team wants third baseman Hudson Mitchel for his skill on the field. Every woman wants him for his bad-boy looks and money. Every fan wants his jersey. And Sport's World Magazine wants to label him their Sexiest Sports Idol. There's not a part of Hudson's life that doesn't feel toxic. Burnt out, he walks away from intense contract negotiations, dodges the paparazzi, and assumes an identity as a photojournalist in a tiny Vermont village. The last thing he expects to encounter in Black Moose, Vermont is a female who possesses all the qualities he's imagined in a life-partner. Unfortunately, she's the only woman on earth not impressed by his charms. Each time he goes to bat, she shuts him out. It's a good thing Hudson's never been afraid of a challenge.

Managing her family's golf course, planning her best friend's wedding, and fending off the takeover of the town's fall festival by a rich entrepreneur keeps Sileen Wright too busy to pursue her dreams. She's even too occupied with other's problems to notice the handsome guest in cabin twenty until she's literally pinned under the Adonis inside her pickup. The recluse chips his way into her dreams and is stealing her heart-- until his identity is revealed. Knowing a fling with the hunky sports idol would only lead to misery, she calls the game.