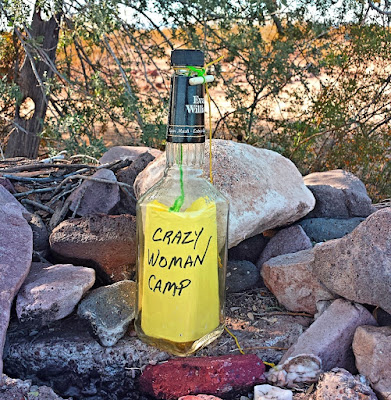 Debra S. Sanders lives and writes from the road as a full-time RVer. When not penning mysteries and thrillers, she enjoys researching local lore and legends and sharing her adventures as a public speaker. She is available for travel and RV rallies, library/author appearances, book clubs and writer's groups (contact her through her website.) Learn more about Debra and her books at her website.

Several years ago, I embraced my gypsy spirit by committing to life as a full-time RVer. Accompanied by my husband, Golden Retriever and tabby cat, I travel across America in search of adventure, beautiful sunsets, temperate climates and things that go bump in the night. Yes, that's right . . . ghosts, little people, cryptids, lost treasure and legends passed down from generation to generation.

After discovering a plethora of unexplained tales, I decided to publish my favorites as Road Tales - Myth, Lore and Curiosities From America's Back Roads . . . and I'm currently compiling a second collection into Road Tales II.

It often takes a bit of digging to uncover local folklore and legend but once in a while something just falls into my lap . . . like the time I was hiking across a remote section of Arizona desert and stumbled upon an elaborate campsite next to a dry wash. It was obviously deserted but at one point someone had taken great care to circle each Ironwood and Palo Verde tree with small stones. They even made a series of maze like paths with tiny quartz rocks. A five-foot tall "oven" was constructed from rock with the precision of a professional mason. Next to it sat an empty alcohol bottle with a note inside.

Crazy Woman Camp was established by a woman and her son. The boy had become addicted to drugs and his mother hoped the isolation would cure him of his "demons". They lived in a tent, using a horse for work and transportation. It died during their tenure and was buried nearby with a large stone to mark his resting place. The epitaph "Man's Best Pal" had been scratched into the rock, though the words were beginning to fade from the elements.

Unfortunately, nothing was written about the fate of Crazy Woman and her son. I reached out to locals to no avail. One man said he remembered a woman from a nearby small town and thought it might be her but didn't know her fate - so this particular mystery remains unsolved.

Some legends have garnered public attention but still beckon curious souls like myself. There's the story of little people in North Carolina, the unfortunate man who became lost in the Florida panhandle swamps from which Tate's Hell National Forest derives its name, the curse of the Blue Angel statue in a secluded mausoleum, a mysterious sixty-foot spiral labyrinth carved into the desert floor, lost treasure from outlaws, Native Americans, and even Spanish conquistadors, numerous ghost towns, phantom trains and more.

Traveling the back roads often reveals incredible bits of history such as the once lost Confederate cemetery in Tennessee where over fifty soldiers died during the harsh winter of 1869. Most of the graves were marked with a fieldstone but some received nothing at all. The only recognition of their passing were a series of marks carved into the bark of a large Birch tree that are still visible today.

As an author, I enjoy writing engaging stories. As an RVer, I take it a step further with a lively presentation called "Gold, Ghosts and Gravel Roads" which I recently offered to 200 RVers at a regional gathering, as well as with visitors at the Tucson Festival of Books. It's fun to demonstrate how a road trip can go from mundane to exciting with a little bit of research and an open mind.

I'm always on the hunt for new places to explore, odd festivals such as the Road Kill Cook-off in West Virginia, or lesser known lore and myth. If you have someplace you think I should visit, please leave a comment. I'd love to hear about it! 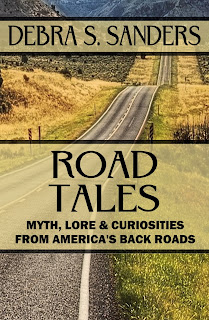 Road Tales - Myth, Lore and Curiosities From America's Back Roads
A unique travelogue featuring tales of myth, lore and other curiosities found along America’s back roads by a full-time RV nomad. The Curse of the Blue Angel, a mysterious labyrinth, the ghost horses of Palo Duro Canyon, lost treasure, the legend of Old Naked Joe…and more.