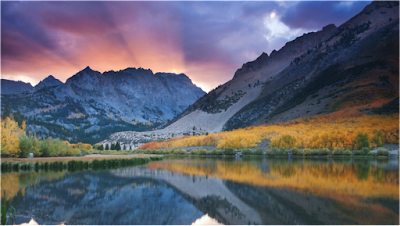 Filmmaker turned bestselling romance writer, Pamela Aares is the author of the Tavonesi Series. Pamela writes sensual, intriguing romance with just the right touch of mystery and suspense in captivating novels that explore the deep power of love. Learn more about Pamela and her books at her website.

We've all heard stories about how encounters in nature can change lives. In Until Loves Finds You, my latest release in the Tavonesi series, Evan Forbes finds himself more than a fish out of water. He's spent most of his life indoors in front of a computer monitor, developing computer codes, founding wildly successful companies (that have made him a billionaire three times over), and inventing devices that put communication in the hands of 9 out of 10 people on the planet. But communicating with another person? Nearly impossible. He knows the language of technology but the language of the heart is foreign territory.

When Evan meets heiress Coco Tavonesi on a garden tour, the spirited young nature photographer not only opens his eyes to the awe of nature, she blazes a path straight into his heart.

When Coco invites Evan on a photo shoot in the California High Sierra Mountains, he discovers territory in his heart he'd never known before. 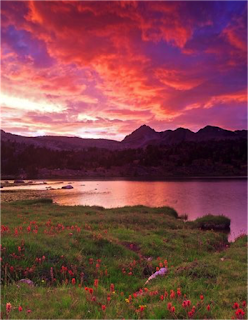 And not just photographers but painters capture the souls of places as well. Here's one of my favorites by Bierstadt: 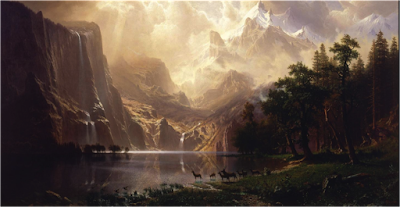 Before I began writing romance, I spent decades working to improve the lives of wild animals, mostly ocean animals, but also the animals that live in the wilderness areas of America. I wrote, produced and directed films for PBS. But I discovered that story—love stories in particular—were a more powerful way to share not only the healing power of nature but also the healing power of love.

Forests, oceans, rivers, even regional parks and city parks, provide avenues to awe and portals to joy. In these places our souls are opened to something larger than us, to a power that supports and sustains us. For brief periods of time we can leave behind the hustle, the bustle, and the tech, and remember our playful selves.

I wanted to share the words of a couple of writers who have tasted the wondrous power of nature and how the beauty of nature can open us to worlds inside us we may have never imagined:

"As you sit on the hillside, or lie prone under the trees of the forest,
or sprawl wet-legged by a mountain stream,
the great door, that does not look like a door, opens."
~ Stephan Graham

"As a child, one has that magical capacity to move among the many eras of the earth; to see the land as an animal does; to experience the sky from the perspective of a flower or a bee; to feel the earth quiver and breathe beneath us; to know a hundred different smells of mud and listen unselfconsciously to the soughing of the trees."  ~ Valerie Andrews

"Nature's peace will flow into you as sunshine flows into trees. The winds will blow their own freshness into you, and the storms their energy, while cares will drop off like autumn leaves." ~ John Muir, Our National Parks

But back to Until Love Finds You!

From his first encounter with Coco, our hero Evan has hidden his identity and posed as an everyday computer fix-it guy. Evan wants to be seen as a man, not as a wealthy billionaire who has changed the way the world communicates. And our heiress heroine Coco has betrayal issues that run deep in her soul. As pressures mount and a hacker steals Coco's nature photos—blocking her from being able to pursue her dream of creating a soul-touching masterpiece—to help her, Evan must risk revealing not only his identity but also his heart.

Have you ever had an experience in nature that opened your heart? I'd love to hear about it!

P.S. While we're at it, here's one of my photos of the mountain meadow that inspired the lead-in to Evan and Coco's love scene (and yes, that's my mom in the photo, admiring the Alpine wildflowers 😀) 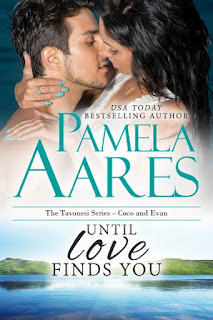 Until Love Finds You
Reclusive tech billionaire Evan Forbes finds himself lost and lonely in the secretive world he's cloaked around himself. He may have changed the way the world communicates with his innovative, high-tech businesses, but the language of the heart has brought nothing but pain.

When Evan meets the vivacious heiress Coco Tavonesi on a garden tour, she fires a spark of desire he can't resist. Pretending to be an ordinary computer geek, he conceals his true identity and accepts the thirty-dollar an hour job she offers, tracking down a hacker who's stolen her prized nature photographs. After years of hiding his famous name and his own incredible wealth behind a disguise, has he met the woman worth revealing himself to? Can he risk his heart?

I don't know who took the top image, wish I did- a colleague shared it with me after reading UNTIL LOVE FINDS YOU. I took the bottom image with my iPhone. The two middle are with a Panasonic.

Readers are chuckling over the 'techie gets his first taste of camping scene', a humorous scene that leads into the steamy love scene in UNTIL LOVE FINDS YOU. It's been fun to get responses from all along the spectrum of my readers-- some who adore nature and being in it, some who wish they could get out more, city people who taste nature and 'bookmark' it for later in life, readers with very funny stories of their first camping trips. It's a small section of the book but evidently having big impact!

And I appreciate that readers are enjoying the interplay of Coco and Evan's different ways of seeing the world. Yay!

Lovely photos! Thanks for sharing.

Thank you Angela! Glad you enjoyed them.
Best, Pamela Aares