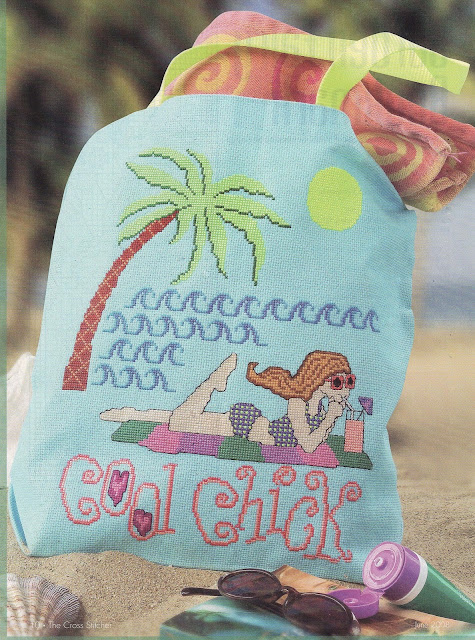 With summer right around the corner, many of you will be heading to the shore, whether at oceanside or lakeside, for vacation. So today I thought I’d share with you this Cool Chick cross stitched tote by Lois Winston (she who writes about me) from the June 2008 issue of The Cross Stitcher.

Maybe someday if she stops depositing dead bodies at my feet and writes me out of the debt she wrote me into, I'll be able to relax at the beach once again. What do you think?

By the way, if you're stuck without vacation plans and dealing with the heat and humidity, you might want to cool off vicariously by reading Drop Dead Ornaments, the latest Anastasia Pollack Crafting Mystery. Think mind over matter. Think snow! 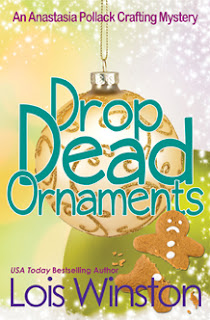 At the fair Anastasia meets Sophie’s father, Shane Lambert, who strikes her as a man with secrets. She also notices a woman eavesdropping on their conversation. Later that evening when the woman turns up dead, Sophie’s father is arrested for her murder.

Alex and Sophie beg Anastasia to find the real killer, but Anastasia has had her fill of dead bodies. She’s also not convinced of Shane’s innocence. Besides, she’s promised younger son Nick she’ll stop risking her life. But how can she say no to Alex?