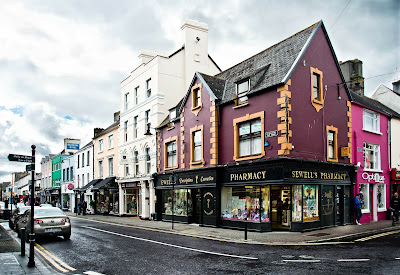 Today we welcome back award-winning author Judythe Morgan, an Air Force daughter and Army wife who has seen a quite a bit of the world and sets her stories in many of those places. Learn more about Judythe and her books at her website.

When Setting Drives Your Story
My grandmothers on both sides have Irish roots, but I never planned to set a story in Ireland. That is, until I went there, and the magic of the Emerald Isle captured my heart.

My grandmothers’ journeys to America were not easy for either of them. They didn’t talk much about Ireland. Traveling around the isle and talking to the Irish, I quickly learned about the two separate countries and how they came to be.

The Cliff Notes version for those who aren’t familiar: the island started as a single entity. After bitter fighting and political maneuvering with the United Kingdom, the island was partitioned in 1921 into Northern Ireland, which remains a part of the UK, and the Irish Free State or Republic of Ireland.

Many Irishmen were unhappy. They wanted a united Ireland and full independence.

Violence erupted again in the 1960s and continued through the 90s. The ceasefire of 1994 and the Good Friday Agreement of 1998, along with the rebranding of the Orangemen parades in Belfast and Northern Ireland counties, helped reduce flare-ups.

Still, the history remains fresh for those personally affected and, after a few pints of Guinness, discussions about what is known as The Troubles can become heated. I quickly recognized how deeply The Troubles touched Irish lives and decided to use that connection in a story someday.

On another trip, I visited an Irish girl's boarding school in County Connemara. Wandering the grounds and talking to the girls, I had a rare writer moment. Annie Foster sprang fully formed into my head, commanding me to tell her story.

Claiming Annie's Heart blends what Annie wanted, and the suspense element centered around The Troubles that I wanted.

I hope readers enjoy Claiming Annie's Heart as much as I did creating a story that started with the setting. 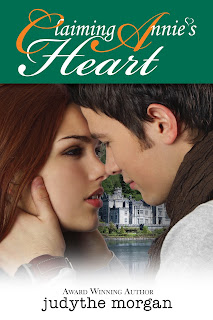 Her first love Chad Jones, whom she believed deserted her, arrives on an undercover assignment weeks before the wedding investigating her Irish fiancé’s connection with an IRA terrorist organization. Chad’s determined to change her mind because he’s never stopped loving her.

Annie is torn between the man she'll always love and the young daughter of her fiancé whom she’s promised never to abandon. Will Chad be able to claim Annie’s heart?

I read the book, and it is my favorite of all Judythe Morgan's book. I loved the others as well, but this is my personal favorite.

Thanks for the history lesson, Judythe. I loved Claiming Annie's Heart! Of course, I love all your books, but this one had so much flavor of Ireland, it was simply charming!

I love Claiming Annie's Heart. A terrific book. Thanks for the lesson on Ireland. Fascinating.

Thanks, Unknown. =) Glad you liked Annie's story. It was a labor of love.

Thanks for stopping by Tess. I do love Ireland. One of these days I set another story there. For now, I always have an Irish character somewhere in my stories.

Cara, so happy to see you here. Ireland history is fascinating. So are the people that's why I have so many Irish characters popping up in my books.

Thank you for the brief history lesson. Knowing context adds so much to one of my favorite books.


Claiming Annie's Heart is a wonderful book, melding Judy's gift of story and her love for the Emerald Isle. Like all the Irish, she spins a terrific tale.

I loved the Irish history lesson as well.

Sara,
History does help with context, doesn't it! Thanks for stopping by and double thanks for reading Claiming Annie's Heart.
Judythe

Wow, Millie thanks for the fabulous review. Could I bribe you to repeat on Amazon??? Seriously, do appreciate the thumbs up for one of my favorite stories.
Judythe