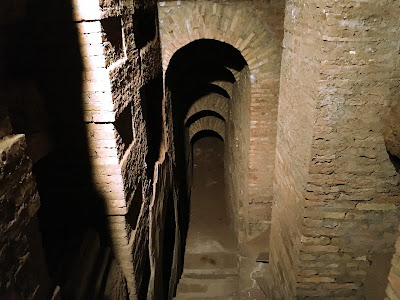 Mary Reed and Eric Mayer co-write the John, Lord Chamberlain, Byzantine mystery series set mainly in and around the court of Justinian and Theodora. Under the transparent pen name of Eric Reed, they also co-author of the Grace Baxter novels, set in WWII England. An Empire For Ravens was awarded a starred review by PW. Learn more about Mary and Eric and their books at their website.

The Eyes Have It

Where do writers find plot ideas?

I've found it fruitful to sneak up on those elusive little devils by not consciously seeking them. If asked, my advice would be to read fiercely and widely for pleasure or for news, for you never know what in your reading matter will strike that vital spark. Indeed, we have found ideas all over the landscape while reading something interesting in and of itself and suddenly a sentence or two on the page caused inspiration to flower.

In the short mystery stories department three examples spring to mind. Inspector Dorj's second case was triggered by a newspaper report in the 1990s concerning the large crowd turning out to greet Hong Kong fishermen returning to port with an alleged mermaid aboard. We were never able to find out anything further about it so we don't know the end of the story -- infuriating, isn't it? But we could write a short story and thus was “The Ladyfish Mystery” born.

Dorj's next case was Death on the Trans-Mongolian Railway, his investigation into the demise of a wealthy businessman on the titular train. An enclosed location mystery (a favourite sub-genre at Maywrite Towers) it is another story based on an idea suggested by a newspaper report. This time the article was about a dangerous situation developing on a train, caused by -- well, better not say what or readers won't be surprised when “All Is Revealed”. And yes, its title is also a nod to the Agatha Christie classic mystery.

Then there's “Or Equivalent Experience”, which sprang from an oddly worded help ad spotted in the St. Louis paper some years ago. The advertisement was an appeal for psychics to appear at a psychic faire, requiring applicants to have either genuine ability in that line "or equivalent experience". The story was written tongue in cheek but employed dark underpinnings. I confess it's a favourite, not least because the person to whom I read that very advertisement is long gone but given her robust sense of humour, I know she would get such a kick out of it.

But it's not only the written word. The arts have also contributed ideas for our short fiction. Even Kings Die was directly inspired by a vignette depicted in the border of the Bayeaux Tapestry plus the death and burial of William the Conqueror as related in the Historia Ecclesiastica. There is also “Aunt Ba's Story”, a semi-supernatural solo effort written before Eric and I met. It was based on Arthur Hughes' poignant painting Home From Sea and a dream about a grey-eyed man.

We once had the honour of sharing a book signing with Ed Hoch, the master of short story writing, and at one point, after looking around the bookstore, he proposed several plot ideas sparked by what he saw -- in less than the same number of minutes. So all in all, a good motto for the seeker of plot ideas might well be "the eyes have it". 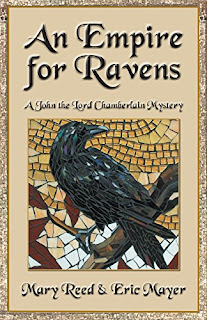 An Empire For Ravens
A John, the Lord Chamberlain Mystery, Book 12

Emperor Justinian's former Lord Chamberlain John puts loyalty to a friend above his own safety, defying imperial edict by leaving his exile in Greece for Rome. He is ambushed, driving him deep into ancient catacombs before he exits into the heart of the city. Arrested and brought before Diogenes, the general in charge of the defense of Rome, John learns Felix is missing and this and other mysteries must be solved before Diogenes' courier to Justinian can return and prompt John's immediate execution.


Thanks for running this blog, Louis. I hope it encourages writers to look in unusual places for plot ideas and if none occur, the reading will have been of interest!

Oh dear, Mary! Did you just give Lois a sex change operation? All kidding aside, we're always happy to have you stop by at the blog.

Mary and Eric, your books sound so intriguing! I will keep watch for your MysteryRats Maze podcast. I love listening to those.


Oh dear, Lois, so sorry about that slip of the digits. I blame it on...er...um...oh yes, the current beastly hot temperatures.

Kathleen, thanks for the kind words! There is a direct link to the podcast on our website's front page at http://reedmayermysteries.000webhostapp.com/


This Blog is Best yo giving the great info and knowledge to us thanks.

Your mysteries sound very interesting. A lot of my ideas for my own novels come from nonfiction which provides framework for mysteries.


Thank you, Jacqueline. I read a good deal of nonfiction too, tending to choose unusual topics, so perhaps that raises the odds of the great "ahah!" moment!